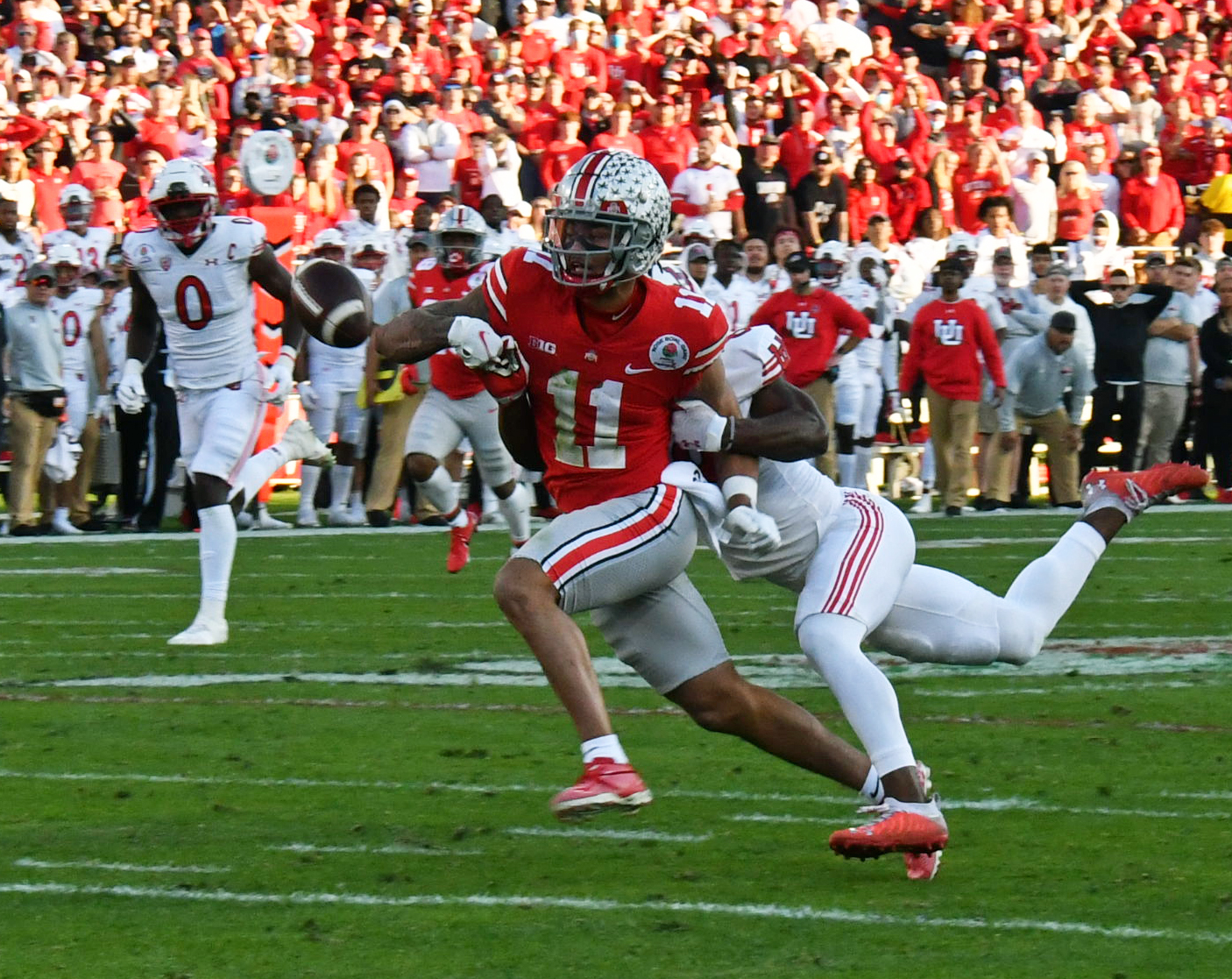 Throughout the award ceremonies that followed last season, perhaps none provided more slight than Ohio State wide receiver Jaxon Smith-Njigba not being included among the finalists for the Biletnkioff Award, given annually to the top wide receiver in college football.

Smith-Njigba was third in the country with 1,606 receiving yards and ninth with 95 receptions, both of which set new single-season records at Ohio State, yet he found himself outside of the top three for the Biletnikoff at the season’s end. He will have a chance for redemption this season, however, as Smith-Njigba was named to the preseason watch list for the Biletnikoff Award on Thursday.

Smith-Njigba is one of 43 receivers included on the list which also features USC’s Jordan Addison, Maryland’s Rakim Jarrett, Michigan State’s Jayden Reed and Penn State’s Mitchell Tinsley and Parker Washington, among others.

If Smith-Njigba were to take home these honors at the end of the season, he would be the second receiver from Ohio State to do so, joining Terry Glenn in 1995.