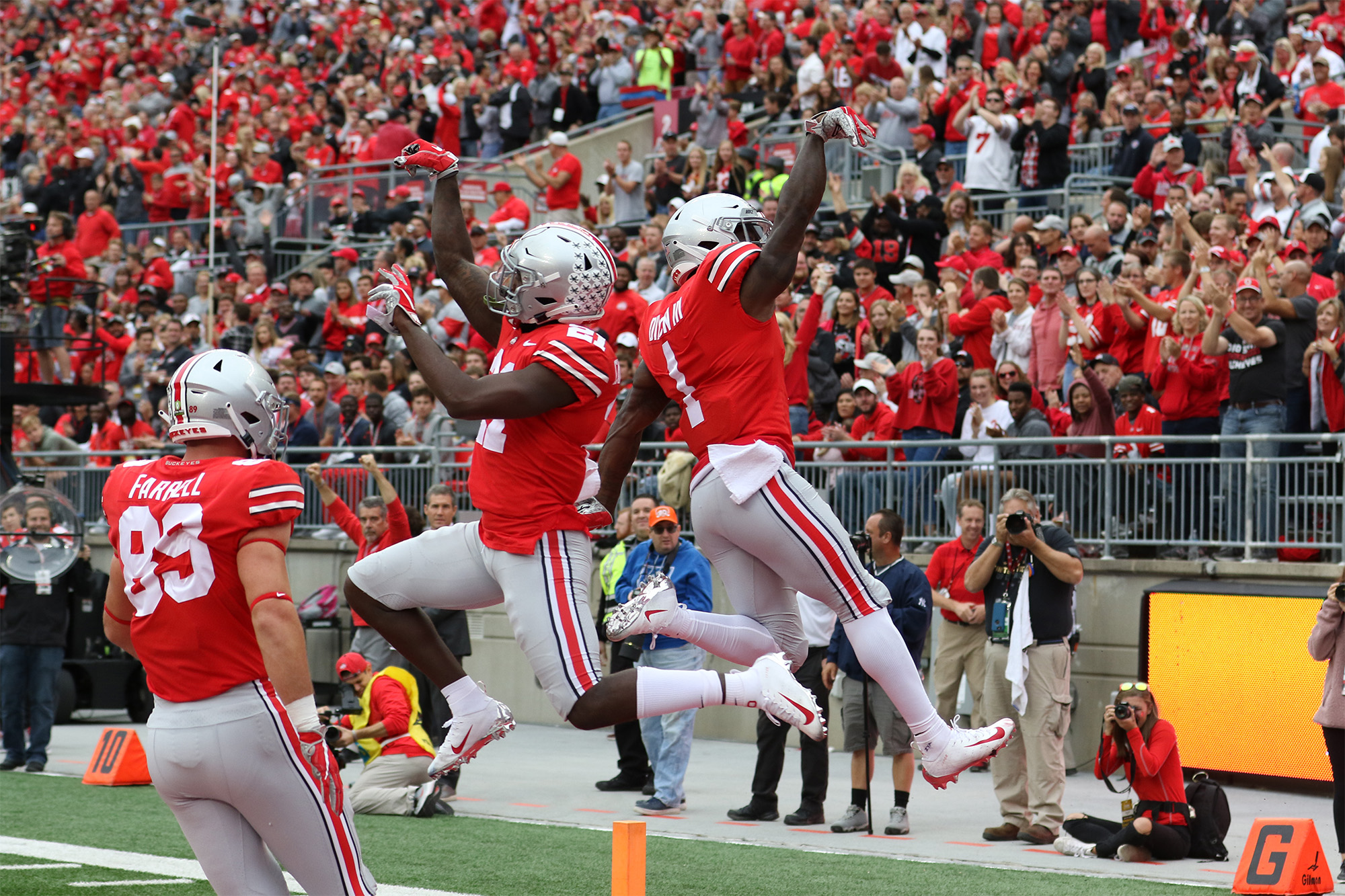 In addition to the quarterbacks, the wide receivers and tight ends were measured at the NFL Combine at Lucas Oil Stadium in Indianapolis.

While Ohio State does not have any tight ends at the Combine, three former wideouts are representing the Buckeyes. Parris Campbell, Terry McLaurin and Johnnie Dixon will undergo testing with the hope of being selected in the NFL Draft.

Campbell, who is consistently the highest-rated Buckeye receiver in the draft, measured in at 5-11 ⅞ and 205 pounds. His hand was measured at 9 ½ inches, his arm was 32 ¼ inches and his wingspan was 75 ⅝ inches. The Akron (Ohio) St. Vincent St. Mary product had the longest hand and arm measurements of the former Ohio State wideouts.

McLaurin, who impressed at Senior Bowl practices, stood in at 6-0 ⅛ and 208 pounds, making him the tallest and heaviest former Buckeye receiver. His hand was measured at 9 ⅛ inches, his arm was measured at 31 ½ inches with a 75-inch wingspan.

Dixon, who caught eight touchdowns in each of his final two seasons, was the smallest former Buckeye wide receiver at 5-10 ⅜ and 201 pounds. Dixon’s arm measured in at 30 ¼ inches and his wingspan was 72 ½ inches. Despite being the smallest in stature, Dixon’s hands were the largest of the former Ohio State receivers at 9⅝ inches.

It is unlikely that the former Ohio State wideouts will blow away NFL scouts with their measurements, but the nature of the position and its variations allow for different-sized receivers to succeed.

Campbell can be found within the top-five or top-ten receivers in the draft. Among the top targets are Deebo Samuel of South Carolina, Marquise Brown of Oklahoma and the Mississippi tandem of AJ Brown and DK Metcalf.

Samuel’s measurables were comparable to the Buckeyes’ wideouts. Standing at 5-11 ¼ and 214 pounds, his arm was measured at 31 ⅜ inches with a 75⅛-inch wingspan and 10-inch hand.

Metcalf, who blew up on social media after posing shirtless in a group photo, stood out at 6-3 ⅜ and 228 pounds. His hand was 9 ⅞ inches and his arm was 34 ⅞ inches. Metcalf’s 82 ⅞-inch wingspan was one of the longest among prospective wideouts.

The wide receivers will partake in the bench press, Wonderlic test and media interviews tomorrow. Then on Saturday, the wideouts and tight ends will have the opportunity to showcase their abilities along with the quarterbacks.

Former Ohio State quarterback Dwayne Haskins will reportedly throw during the on-field portion of the Combine, so his former receivers might reconnect with their gunslinger in Indianapolis once again.

BSB will continue to track the events at the NFL Combine as they occur.