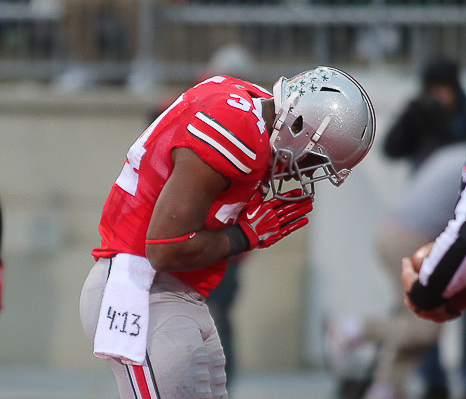 Along with offensive lineman Pat Elflein, who was announced to be signing with the Carolina Panthers, two more Ohio State players have been reported to be on the move, and will be joining new NFL teams for the 2021 season.

Former Green Bay Packers center Cory Linsley, who spent all seven years with the team since being drafted in the fifth round in the 2014 NFL Draft, was announced to be signing with the Los Angeles Chargers.

Linsley, who was named as a first-team All-Pro in 2020, signed for five years and $62.5 million, which makes him the highest-paid center in the NFL.

In Los Angeles, he will be joining a pair of former Buckeyes in defensive end Joey Bosa and wide receiver K.J. Hill. Bosa, like Linsley, is the highest paid player at his position.

Another former Ohio State player in running back Carlos Hyde made the move to Jacksonville, where he will reunite with Urban Meyer for 2 years and $6 million, according to multiple reports.

Hyde saw limited action in 2020 during his lone season with the Seattle Seahawks, where he rushed 81 times for 356 yards and four touchdowns. The season before that, Hyde broke 1,000 yards for the first time, rushing for 1,070 yards and six scores for the Houston Texans.