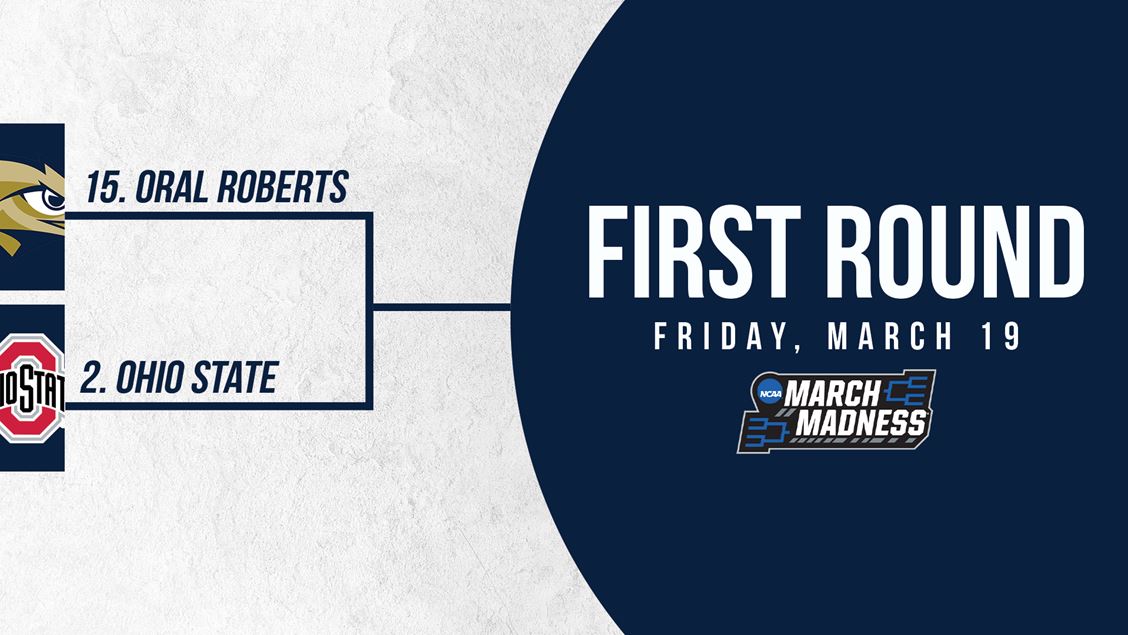 After clinching a No. 2 seed in the South Region, Ohio State is set to take on 15th-seeded Oral Roberts in the first round of the NCAA Tournament on Friday afternoon (3 p.m. on CBS).

The Golden Eagles went 16-10 this season but have won five straight games, including the Summit League Tournament, to punch their ticket to the Big Dance. They excel at three-point shooting with 11.3 per game, free-throw shooting at 82.4 percent and ranked 11th in the country with 81.8 points per game, which means the Buckeyes are likely to find themselves in an offensive shootout.

“(They’re) one of the best-shooting teams I’ve seen on film, and they shoot it from everywhere,” Ohio State head coach Chris Holtmann said during a press conference on Tuesday morning. “They really spread you out and they shoot it well.”

Oral Roberts is led by sophomore guard Max Abmas, who leads the country in scoring at 24.2 points per game. He’s shooting 48.4 percent from the fired and 43.3 percent from behind the arc this season.

“I think he’ll eventually be a pro. I really do,” Holtmann said. “He just has the ability to shoot it from everywhere on the floor. Our pickup point (guard) is going to need to obviously be different than what it is typically because of how dangerous he is. He really can come across half court and raise up, and he shoots it with great accuracy.”

Ohio State junior guard Duane Washington will find himself matched up with Abmas defensively, but he feels confident the Buckeyes will be able to force him into contested shots.

“(We have to) make sure that somebody is around him at all times and make sure you get a hand up,” Washington said. “He’ll hit those shots because he’s a good player, but the more he takes of those, we’ll be all right.”

If Ohio State is able to shut down Abmas and come away victorious, the Buckeyes will face the winner of Florida and Virginia Tech in the second round of the NCAA Tournament. That game will take place on Sunday afternoon, with the time yet to be announced.