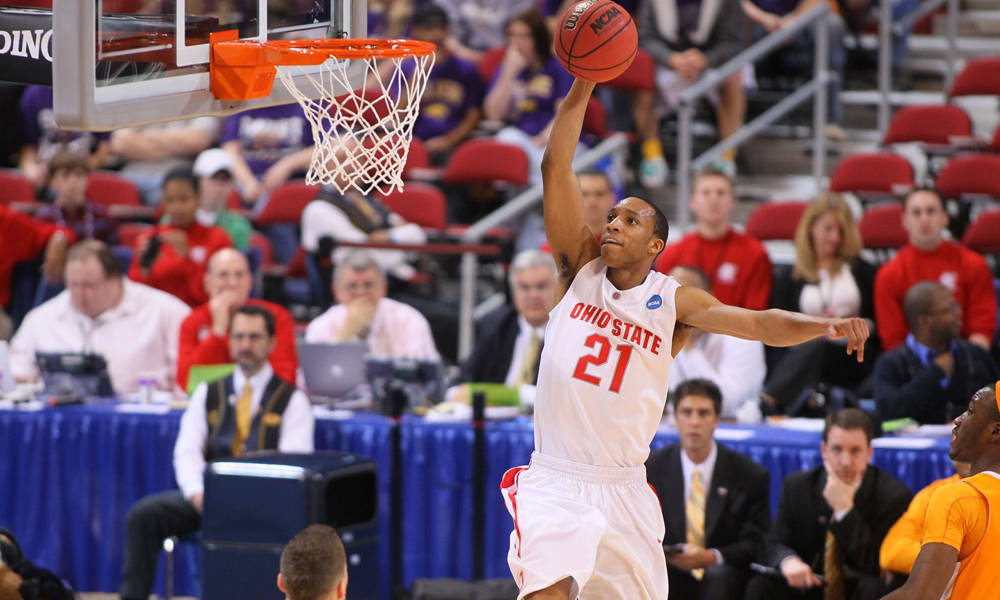 He may have not played at Ohio State in the 2010s for very long, but Evan Turner made his presence felt enough, finding his way onto the Big Ten Network’s All-Decade first team.

Turner played at Ohio State for three seasons, but only was in the 2010s for the second half of the 2009-10 season. In that season, though, Turner exploded for 20.4 points, 9.2 rebounds and 6.0 assists per game while shooting 51.9 percent from the field and 36.4 percent from three.

Overall across 101 games, 94 of which were starts, Turner averaged 15.0 points per game, 6.8 boards per game and 4.1 assists per game, on a 50.2 percent rate, including a 36.2 percent clip from deep. He also added 1.6 steals per game across his three-year collegiate career.

Turner went on to be selected second overall by the Philadelphia 76ers, and is currently on the Minnesota Timberwolves roster.

“That 10 years went by fast,” Turner said on his interview with Big Ten Network on being selected. “Just being 30, 31 and we’re talking about the all-decade team, sometimes people talk to me about stuff I did back in college, it’s like I was literally a kid and now it’s like 10 years ago and it’s kind of just like where did the time go?”

He is the fourth former Buckeye to be selected by BTN, with guards Aaron Craft and D’Angelo Russell making the third team and forward Jared Sullinger making the second team. The four selections was the most of any team in the conference, just ahead of Purdue and Michigan State, who each had three.