Former Ohio State Defensive Tackle DaVon Hamilton Selected By The Jacksonville Jaguars With The No. 73 Pick In The 2020 NFL Draft 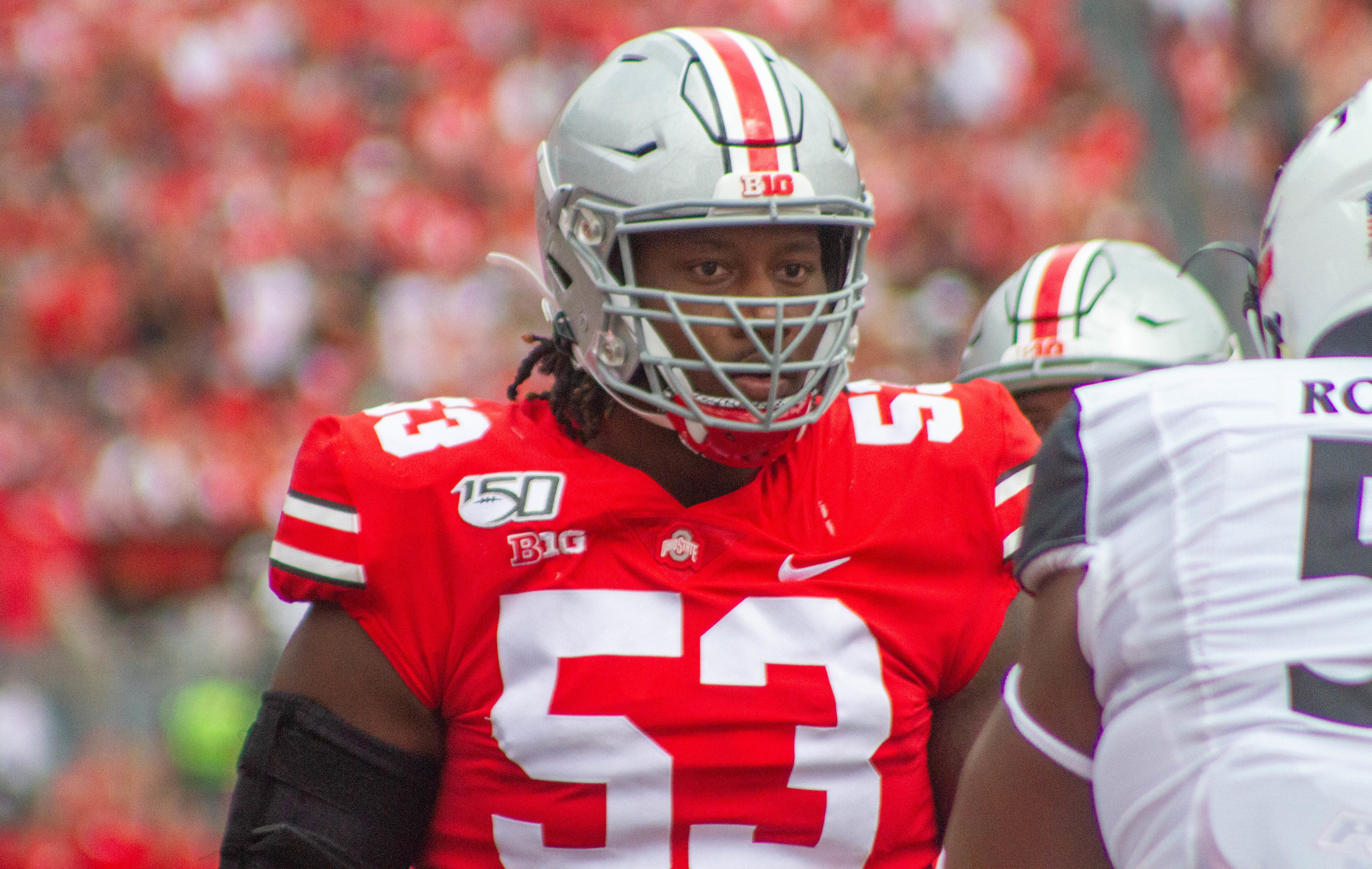 Former Ohio State defensive tackle DaVon Hamilton was selected by the Jacksonville Jaguars with the No. 73 overall pick in the 2020 NFL Draft on Friday night.

We have selected @dmhamilton53 with the 73rd overall pick. pic.twitter.com/3gRmz2suQR

A three-star prospect from Pickerington (Ohio) Central and the 998th-best player in the 2015 recruiting class, Hamilton played in 54 game during his career at Ohio State. He put forth his best season as a fifth-year senior in 2019, recording 28 tackles, 10 1/2 tackles for loss, eight quarterback hurries, six sacks and one fumble recovery to earn third-team All-Big Ten honors from both the coaches and media.

While it’s not often you see a defensive tackle score a touchdown, the most notable play of Hamitlon’s career may have come during the Buckeyes’ 40-28 win over TCU in 2019, when he pounced on a fumble forced by defensive end Nick Bosa in the Horned Frogs’ end zone.

Hamilton’s also came up big in the 2019 Michigan game, recording a career-high five tackles — including two tackles for loss and one sack — in the 56-27 win. The Wolverines gameplay was to take defensive end Chase Young out of the equation, allowing other linemen to shine in his place.

After the game, Hamilton was recognized alongside cornerback Jeff Okudah as Ohio State’s defensive players of the game.

Hamilton is the Ohio State defensive tackle to be selected in the third round of the NFL Draft since center DreMont Jones (Denver Broncos) in 2019.