Former Ohio State Offensive Guard Jonah Jackson Selected By The Detroit Lions With The No. 75 Pick In The 2020 NFL Draft 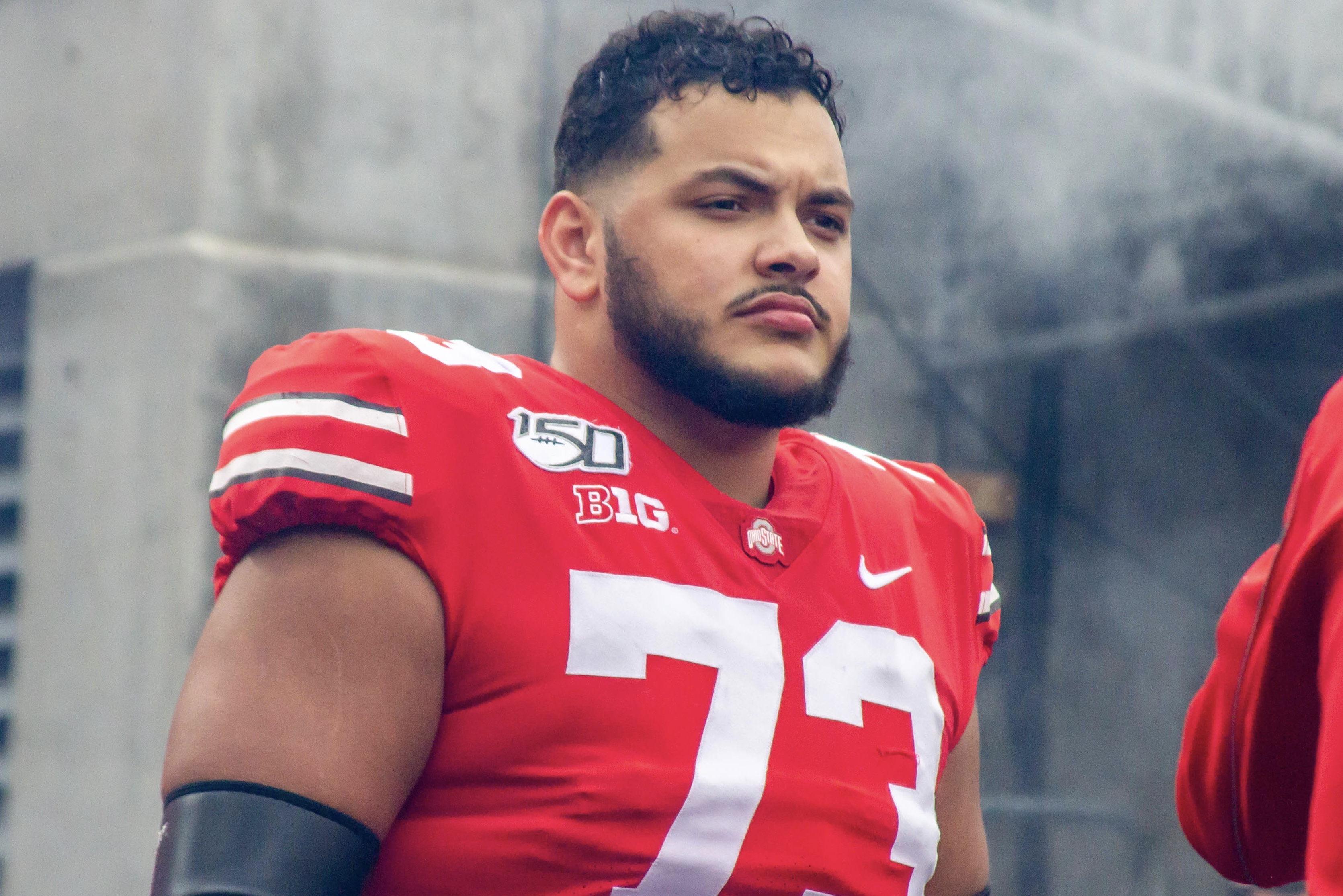 Former Ohio State offensive guard Jonah Jackson was selected by the Detroit Lions with the No. 75  overall pick in the 2020 NFL Draft on Friday night.

The #Lions select Jonah Jackson with the 75th pick in the #NFLDraft! #OnePride pic.twitter.com/4evF3Mp4vF

A three-star prospect from Media (Pa.) Penncrest, Jackson began his college career at Rutgers, where he was named a team captain and earned honorable mention All-Big Ten honors in 2018. He came to Columbus last summer as a graduate transfer and quickly earned a spot along the Buckeyes’ offensive line.

Jackson won more games in his lone season at Ohio State (13) than he did in four years — including his redshirt season — at Rutgers (11), helping the Buckeyes to the Big Ten championship and a berth in the College Football Playoff. He was named first-team All-Big Ten and a third-team All-American by the Associated Press after he recorded a team-high 79 knockdowns on an offensive line that was a finalist for the Joe Moore Award.

Jackson is the first Ohio State offensive lineman to be selected in the third round of the NFL Draft since center Pat Elflein (Minnesota Vikings) in 2017. He’ll be reunited in Detroit with former Buckeyes cornerback Jeff Okudah.