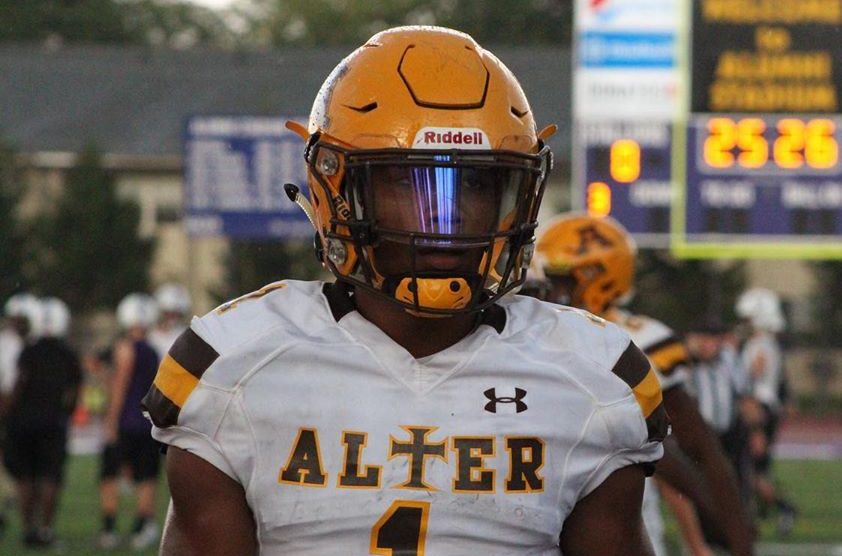 Get to know Dayton (Ohio) Archbishop Alter five-star linebacker C.J. Hicks, who signed his National Letter of Intent with Ohio State on Wednesday.

247 Composite Rankings: He’s rated as the 12th overall prospect, No. 2 linebacker and the No. 1 recruit out of Ohio.

Commitment Date: Hicks committed to Ohio State on May 1, 2020.

How he did in high school: Hicks was named a finalist for the Butkus Award in his senior season, which is given annually to the top linebacker at the high school, collegiate and professional level. He had 79 tackles – 18 for loss – to go with two interceptions, one of which was returned 99 yards for a touchdown.

Hicks’ Archbishop Alter Knights did not fare as well, however, finishing 6-6 and falling in the Division III, Region 12 quarterfinals to Tippecanoe.

Why he committed to Ohio State: The so-called “Captain Buckeye,” Hicks was one of the earliest members of Ohio State’s class, and since he committed to the Buckeyes, he’s been a champion of the school, helping to bring in other recruits.

The Buckeyes were one of Hicks’ first offers on April 7, 2020, and he announced his commitment to Ohio State less than a month later. By the end of the year, he shut down his recruitment, dispelling any rumors that he might flip from the Buckeyes.

Where he fits in for 2022: Hicks will push for immediate playing time as soon as he’s up to speed, especially given Ohio State’s recent losses at the linebacker position including transfers from Craig Young and Dallas Gant, as well as K’Vaughan Pope’s dismissal earlier this season.