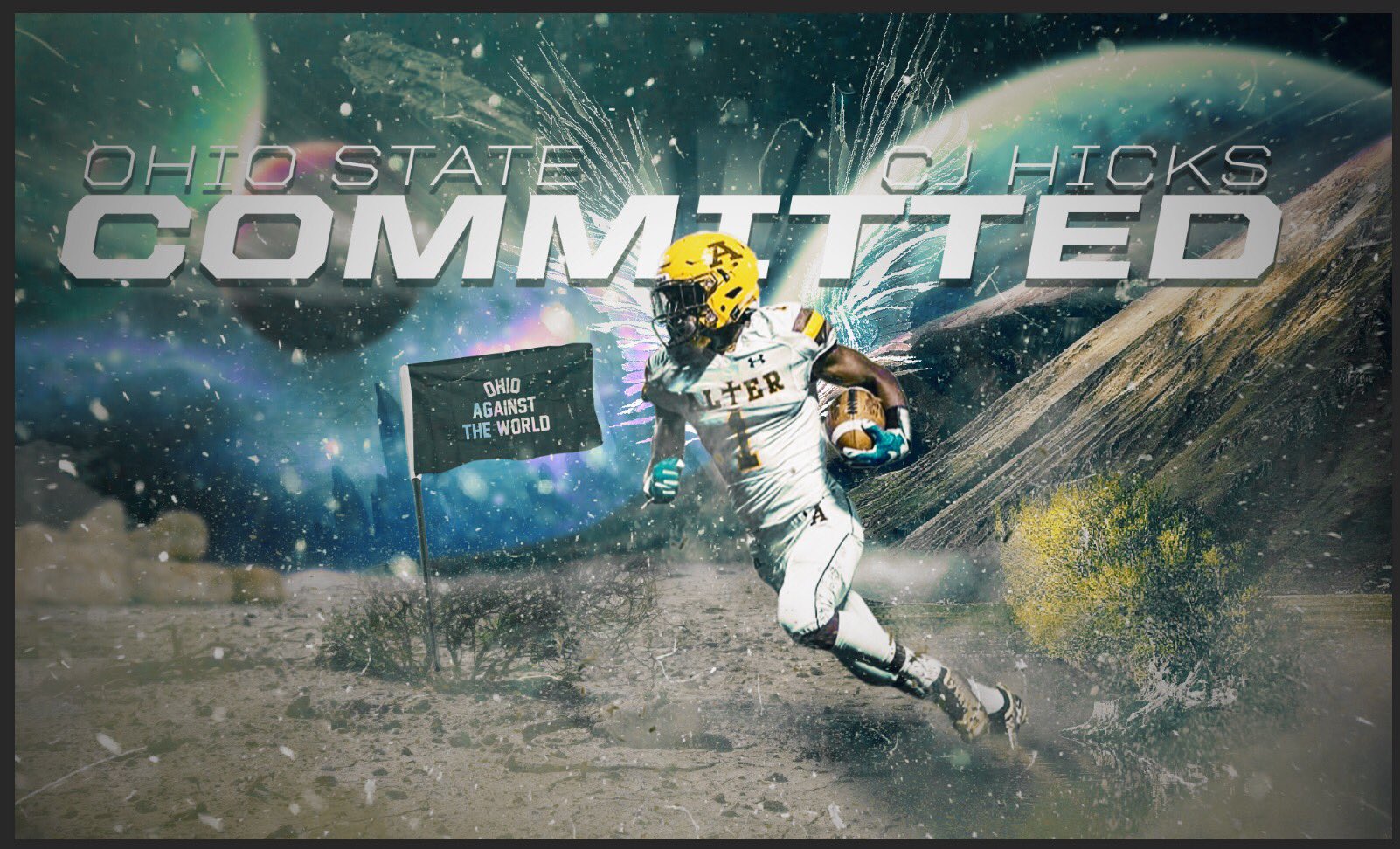 Hicks is ranked as the 15th-best athlete and No. 162 prospect overall in the 247sports rankings. He is also ranked as the third-best prospect in the state of Ohio.

The four-star athlete was recruited by Ohio State linebackers coach Al Washington, as well as offensive coordinator Kevin Wilson, and is likely to play outside linebacker at the next level.

Hicks is the cousin of former Ohio State defensive tackle Robert Landers, and Landers talked about the talent that Hicks possesses in a story on April 20 by Eleven Warriors.

“The kid, he’s a freak athlete, a phenomenal player. He is a great student when it comes to the game. He’s always been eager to soak up as much information as he can and learn as much as he can about the game,” Landers said on Hicks. “He does a very good job of taking the classroom to the field. So I’m extremely proud of all of the offers that he got. My personal opinion is he needs to just go ahead and join the family, but I’m not going to push that too much just yet.”