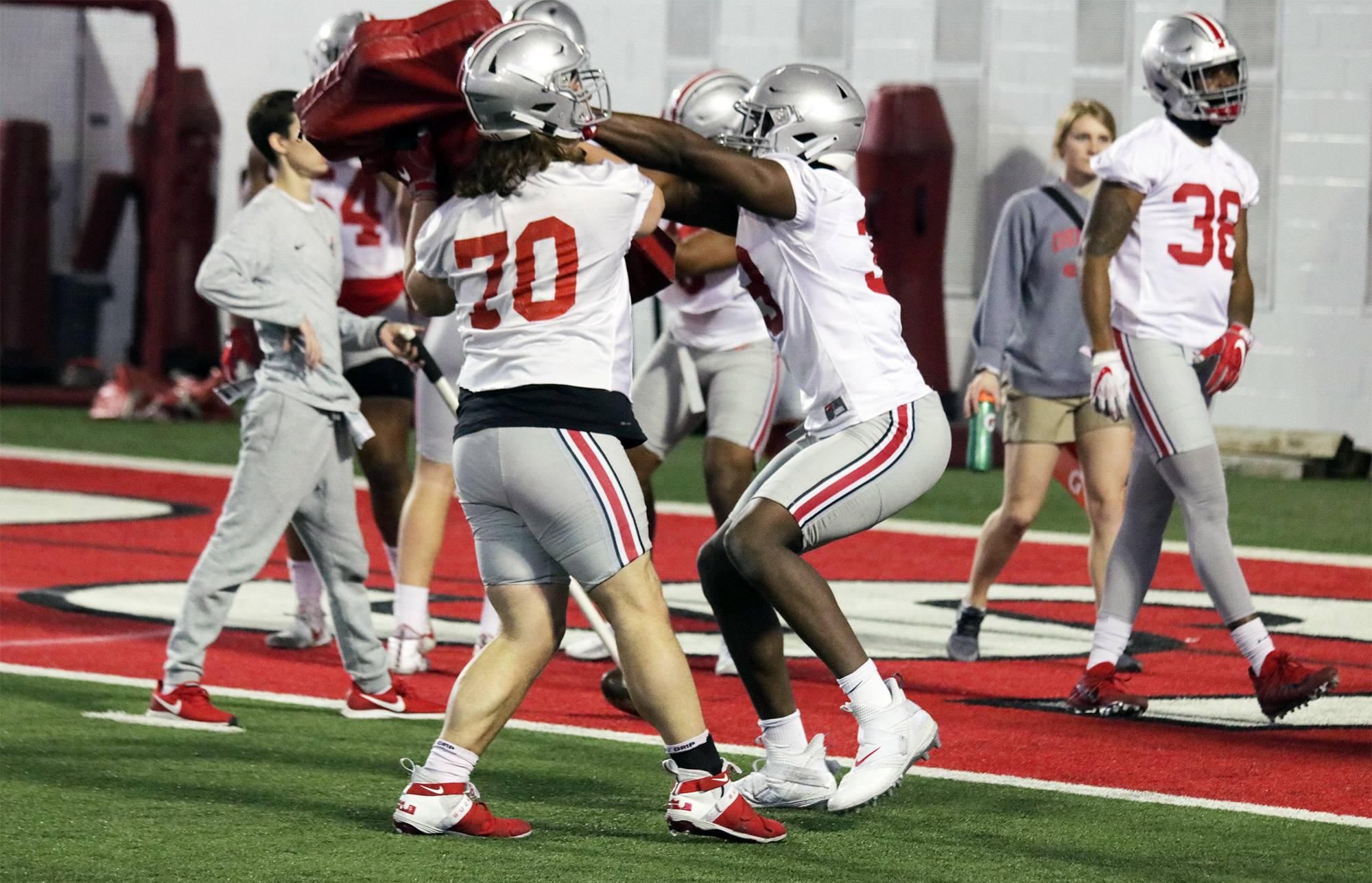 From his recent days as the five-star recruit in the class of 2019 to the next chapter at Ohio State, freshman defensive end Zach Harrison has come a long way since he left Lewis Center (Ohio) Olentangy Orange for a head start Jan. 7 with the Buckeyes.

Harrison hit the ground running at OSU, turning heads during winter workouts Jan. 17-March 2 and carrying his momentum over to spring camp March 6-April 13, as he rapidly developed under the guidance of sixth-year defensive line coach Larry Johnson.

Johnson welcomed Noah Potter (6-6, 252), who also impressed, as Ohio State’s other early enrollee defensive end from Ohio for the 2019 class by way of Mentor.

Harrison (6-6, 255), however, seemingly ended the spring further along — he worked his way into the Buckeyes’ “rushmen” package during the April 5 scrimmage — as a top candidate to crack Johnson’s deep rotation of defensive linemen for meaningful snaps.

“One thing is really good that we had a great relationship before he got here,” Johnson said. “That has really carried over. That’s what I think has made the difference. So he’s taking the coaching really well. He’s really bright, always coming into the office, saying, ‘Let’s watch the videotape. How can I get better?’ And that’s what you love about him.”

Junior defensive end Chase Young has seen Harrison’s growth firsthand since he took the freshman under his wing.

After two years of development, Young has taken the time to make his own climb, but he watched Harrison catch on immediately.

“Zach, he … is the best high school player who’s come in early who pays attention to detail,” Young said. “And when I tell him things, he pays attention, down to the tee. Technique wise, getting off the rock — he tries to use his hands, technique every day. Zach’s doing real (well).”

Similar to Harrison, sophomore defensive end Tyreke Smith stayed home in Ohio from Cleveland Heights as a four-star recruit for the 2018 class.

Smith (6-4, 267) took a big first step as a freshman in 2018, developing into one of OSU’s four rookies in the defensive line’s rotation.

How much Harrison ultimately plays in 2019 remains to be seen, but Smith’s spring camp alongside the quick learner provided an optimistic outlook.

“Zach, he’s been excelling tremendously,” Smith said. “He’s been doing (well). He’s a good listener, he’s a quick learner and that’s good because athletic ability is one thing, but when you can really learn and you can take in something that you can translate it, take it to the field, that really helps. So he’s been doing really good. He’s been taking Coach J’s coaching and taking it to the field and you can see, you can definitely see it’s helping.”