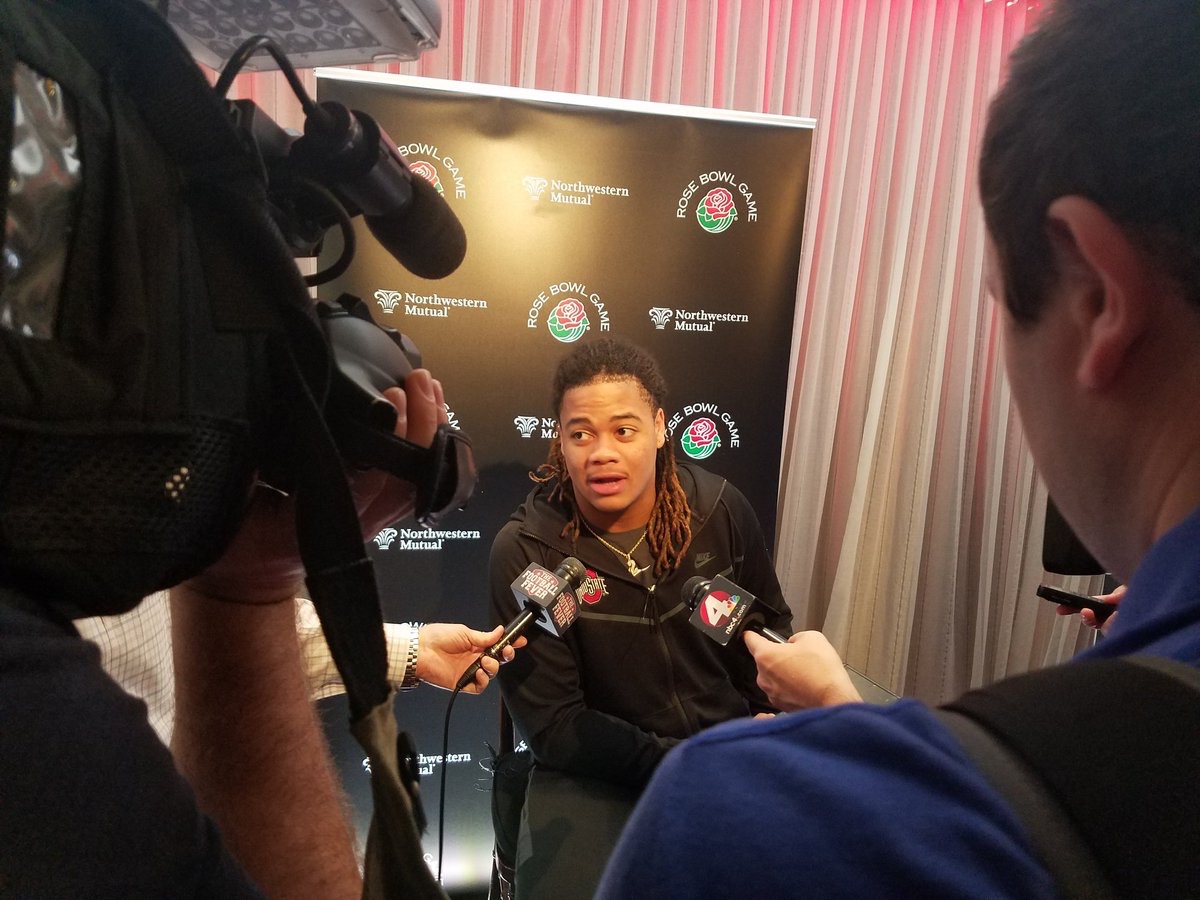 The Ohio State football team signed the 12th-ranked recruiting class in the nation, according to the 247Sports composite standings. It marked a huge step in the transition from outgoing head coach Urban Meyer to incoming coach Ryan Day, who will take over full time Jan. 2 – the day after the Buckeyes face Washington in the Rose Bowl.

Ohio State ended up with the No. 3 overall class in terms of average player rating (0.9216), though, and that number was boosted by a local prospect who announced that day he was staying home.

That player is five-star defensive end Zach Harrison from Lewis Center (Ohio) Olentangy Orange. He’s the nation’s No. 4 overall prospect, and he picked the Buckeyes after a drawn out and quiet recruiting fight.

Speaking in Southern California ahead of the Rose Bowl on Dec. 27, Ohio State sophomore defensive end Chase Young touted Harrison as a top prospect and had some words of advice.

“That boy’s fast,” Young said. “No, but Zach is definitely the top recruit we have, best player in the nation. So I just told him, when he comes in, just be ready to work.”

Young said he did his part to make sure Harrison stayed home.

“I know it was us and a Team Up North,” Young said. “I would hit him up time to time. Every time he would come up, he would hang with me. Definitely, that’s all I could do. The rest was all on him.”

This season’s starters at defensive end are Young and junior Jonathon Cooper. The duo is expected back next year, but Young said he’s excited to add yet another talented end to that mix.

“We’re excited,” he said. “He’s going to be a very good player, especially under (defensive line coach Larry Johnson). He’s going to craft into a beast. Definitely ready to take him under my wing and watch him bloom.”