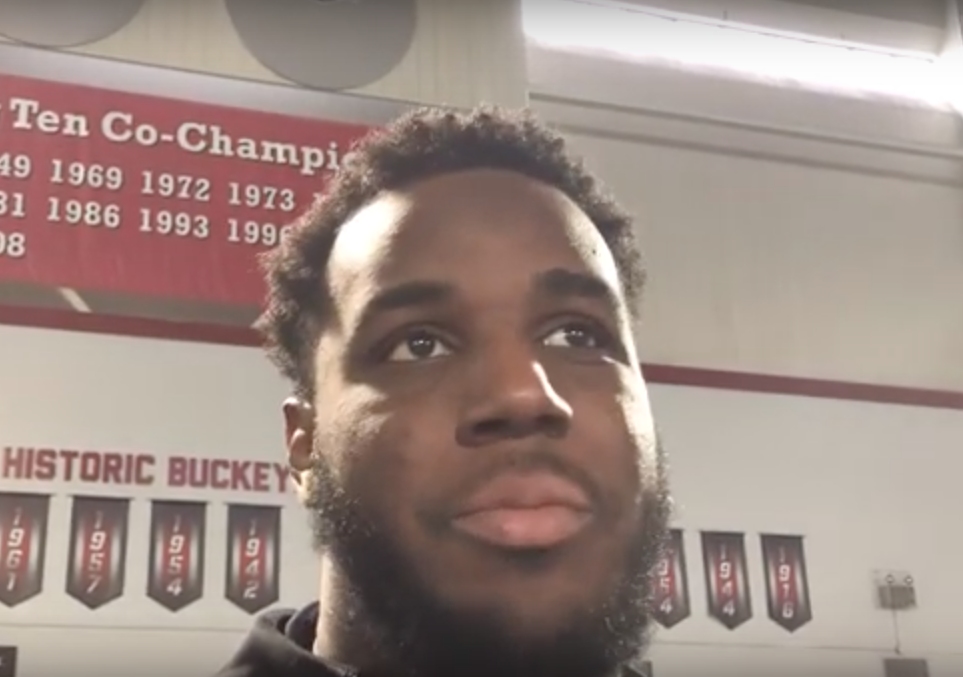 After he quietly spent his time in 2018 working onto special teams and learning behind linebackers ahead of him, Dallas Gant’s second year at Ohio State started two months ago with a real chance to make an impact on defense.

While the Buckeyes return all three starting linebackers from last fall — junior Tuf Borland in the middle with senior Malik Harrison and junior Pete Werner and on the outside — no rotational spot is truly safe after a shaky season for the position group.

Since spring camp started March 6, Gant has grown into a natural candidate to compete for a starting job — or at least more time in the unit’s rotation beyond returning contributors such as senior Justin Hilliard and junior Baron Browning.

With co-defensive coordinator Greg Mattison and Washington from Michigan among head coach Ryan Day’s wave of staff moves, rising sophomores such as Gant, Teradja Mitchell and K’Vaughan Pope project to get a closer look.

Gant enrolled early last January from Ohio State’s 2018 class as a four-star recruit — the 247Sports composite’s No. 166 overall prospect, No. 10 outside linebacker and No. 5 player in Ohio — out of Toledo St. John’s Jesuit.

After a physical jump in weight from 202 pounds last spring, Gant (6-3, 232) gears up for another leap on the field. Beyond the 30 pounds of muscle he packed on over the past year, Gant’s game grows further in all aspects as his time with the Buckeyes continues.

“The first spring that I came here, it helped me in fall camp and stuff like that,” Gant said. “And obviously, going through the season and going against the ones and stuff helped me to this point. Just getting to used to the college atmosphere, you play a lot faster when you get used to the system and all that stuff. And obviously, with the new system that we have, just learning it more better gets you to play faster and play better. And then, obviously, like I just talked about, getting the weight and getting my body right to adapt to situations.”

Part of Gant’s progression came on kickoff coverage. A staple for freshmen under former head coach Urban Meyer, special teams put Gant in position to play early and make an impact. He came away from his freshman campaign with just six tackles in 13 games, but the influence of special teams on Gant delved deeper than the numbers.

Washington’s first impression of Gant echoed those sentiments. Gant, who in the fall followed defensive tackle Tommy Togiai as OSU’s second freshman from the 2018 class to earn a black-stripe removal, stayed ready on kickoff coverage. The exposure on the field has since translated to spring camp, with Ohio State six practices into its March slate after Monday’s drills.

“Man, that guy, he’s done all the little things,” Washington said of Gant. “You talk special teams and our culture is something that’s been here for Coach Meyer and fortunate to be around coaches that have worked under Coach Meyer. But special teams is huge, right? And so a lot of times, it’s the rite of passage for a young player.

With three more weeks of camp, including the spring game April 13 at Ohio Stadium, Gant has his work cut out for him. The addition of Mattison and Washington to the staff has brought along a new defense as a result, and the scheme’s kinks are still getting worked out with the “bullet” position among its tweaks. While the linebackers are put in position for faster play, personnel ultimately remain to be seen, which keeps Gant focusing on himself.

“To me, I don’t really know (about playing time),” Gant said. “The only people that know will be Coach Washington and Coach Mattison. Right now, I’m just trying to play ball — just like everybody else — and encourage other people to play ball. Then whatever it turns out, it turns out.

“Just hard work and playing as fast as I can, as hard as I can, as violent as I can. And then just trying to win a spot like everyone else.”