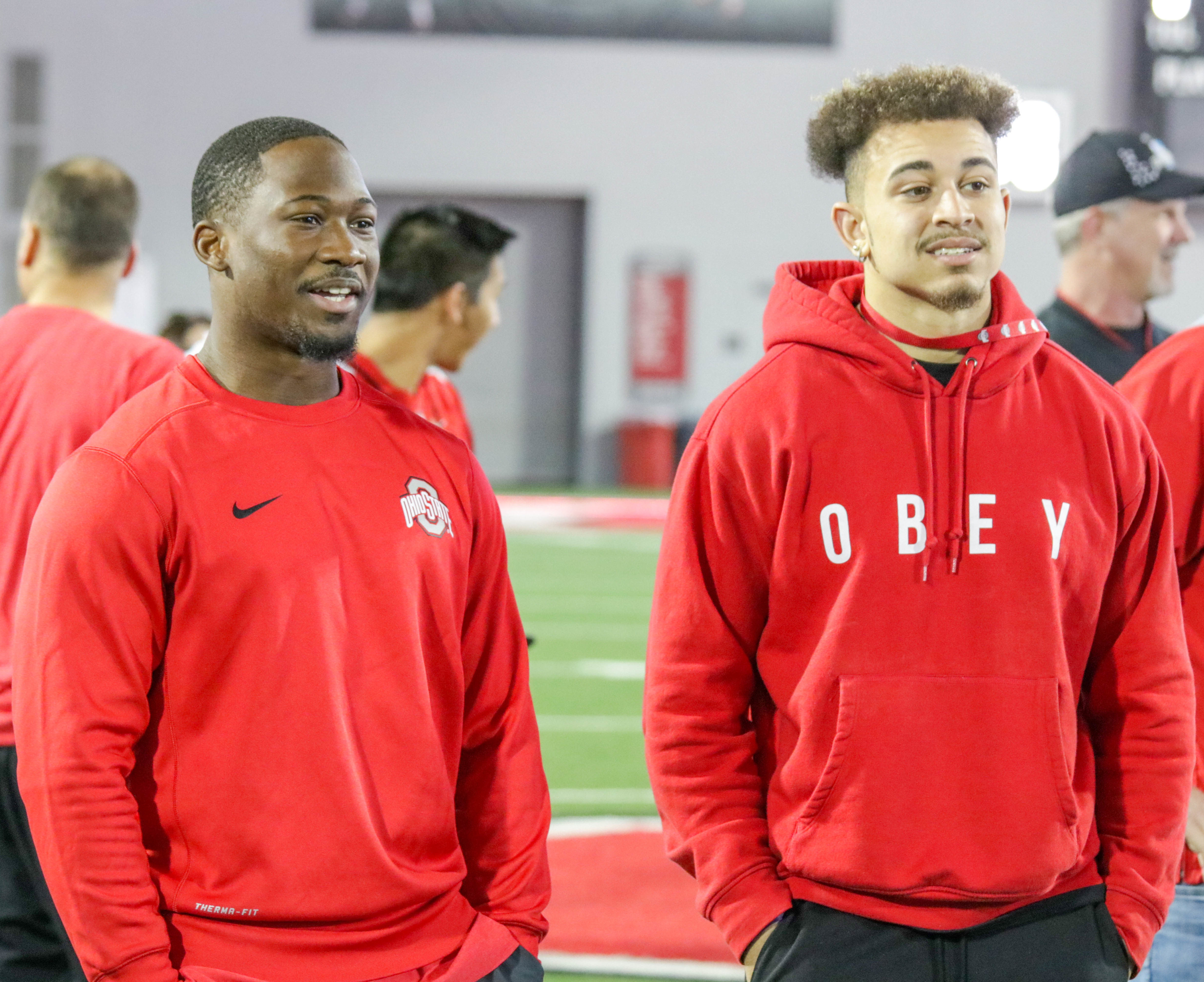 Former Ohio State head coach Urban Meyer introduced Student Appreciation Day in 2013 as a way to give back to the student body for its support throughout the season. And for seven of the last eight years, students have been able to watch a full practice inside the Woody Hayes Athletic Center; participate in various competitions; and get autographs from and take photographs with players.

The team is always genuinely excited about their classmates’ presence, too.

“First off, all of our players are showoffs,” first-year head coach Ryan Day said. “They love having eyes out there, having people (out there). You could see that from the beginning of practice. They were bouncing on the field, stretching was fun and the music was playing. The guys like practicing in that type of environment, and that was great to see. Then they just played with a lot of energy. They practiced really hard. It’s good to see.”

While the Buckeyes’ third practice in pads — and fifth overall — was a chance to put on a show for the students in attendance, it also doubled as a huge recruiting weekend for the staff.

“Today was great because we’re attracting some of the best players in America to come visit. There were a lot of them here,” Day said. “One of the things in my visions is that there’s just so much energy when guys walk into the facility, when they go on the practice field, when they’re in the meeting rooms, and that’s the kind of environment we want to create.”

Ohio State has and will continue to host prospects during spring practices leading up to the annual Spring Game on April 13. But with most practices taking place during the week — and the players and coaches given weekends off to spend with their families — there aren’t too many chances left this spring for the staff to meet with prospective recruits.