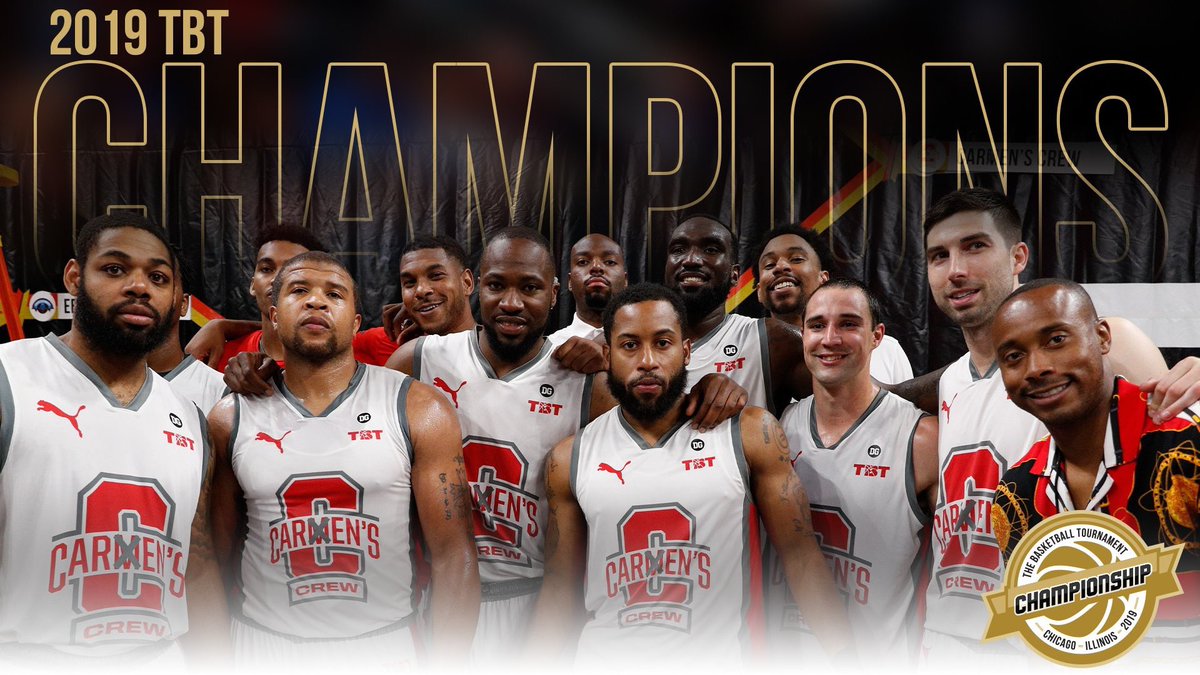 Forward William Buford hit two free throws to win the game under the Elam Ending and was named the game’s Most Valuable Player.

William Buford sinks two from the line and @CarmensCrew are your #TBT2019 CHAMPIONS!! pic.twitter.com/eDIMkPmqhK

The teams seemingly exchanged buckets from there, with the Golden Eagles claiming a 31-29 lead at the half.

It was more of the same in the third and fourth quarters, with Carmen’s Crew holding a 58-57 lead as the Elam Ending target score was set at 66 points (the target score is set by adding seven points to the leading team’s score at the first dead ball after the four-minute mark of the fourth quarter). The Golden Eagles pulled ahead with a quick three-pointer, but Carmen’s Crew scored the next eight points — including Buford’s aforementioned free throws — to seal the game.

Here’s how the team, including one fan, will split the $2 million prize: