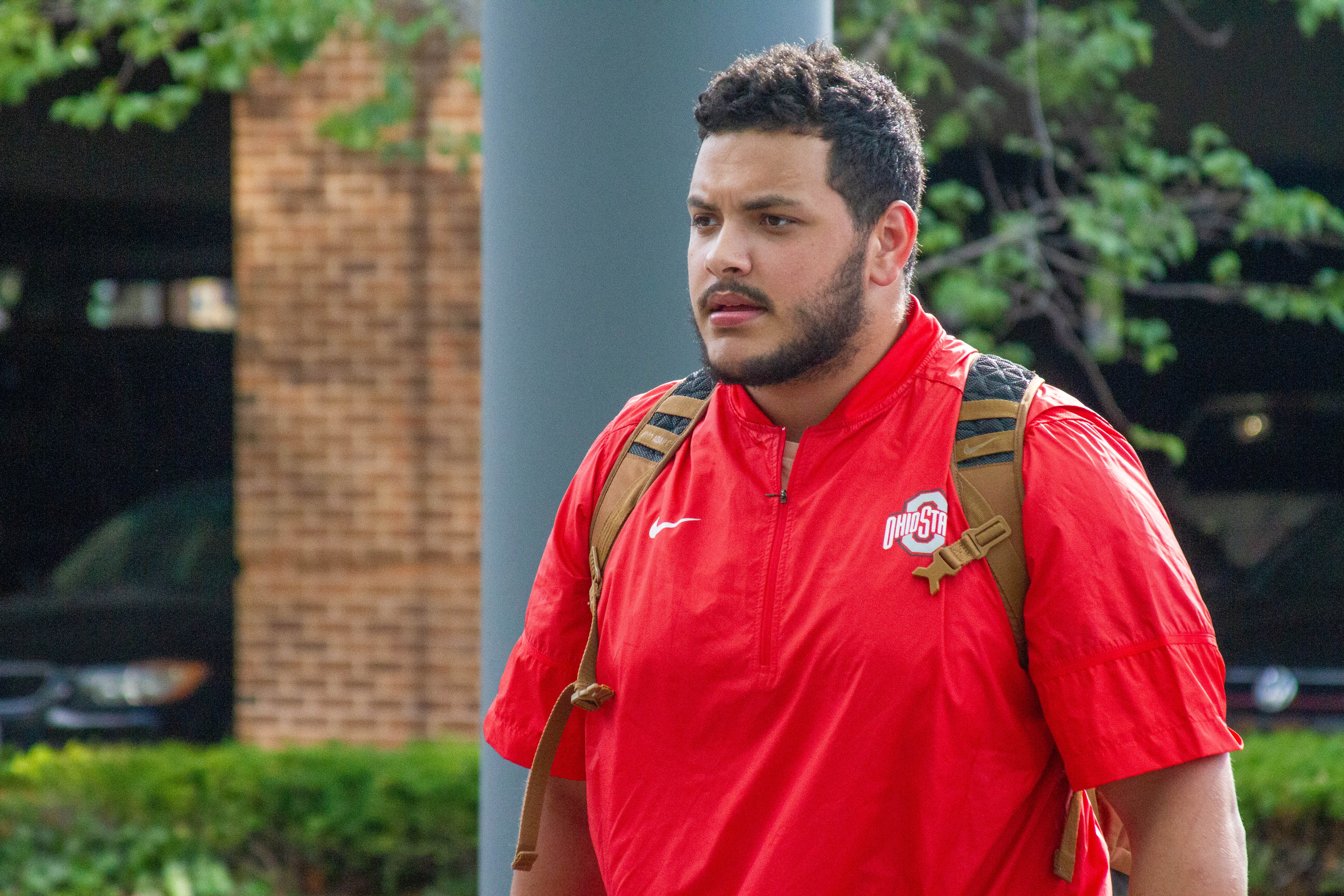 Offensive guard Jonah Jackson — a graduate transfer from Rutgers — shed his black stripe on Tuesday afternoon, signaling his status as a full-fledged member of the Ohio State football team after just four practices with the Buckeyes.

🚫⬛️ First of Fall Camp. Congratulations to @Jackson77Jonah for getting that stripe off‼️#GoBucks #ToughLove pic.twitter.com/ju8bkZXXDf

“I just want to say thank you to every single person here in this circle for welcoming me into this program with open arms and allowing me to be a part of such a great program and brotherhood,” Jackson said as fifth-year senior offensive tackle Branden Bowen removed the stripe from his helmet. “Let’s keep the ball rolling.”

The 6-4, 305-pound Jackson joined the Ohio State football program this summer as a graduate transfer from Rutgers. He was named a team captain and earned honorable mention all-Big Ten honors last season after starting 11 games for the Scarlet Knights at right guard.

Jackson — who earned his degree in criminal justice — is expected to start at left guard for the Buckeyes this fall.