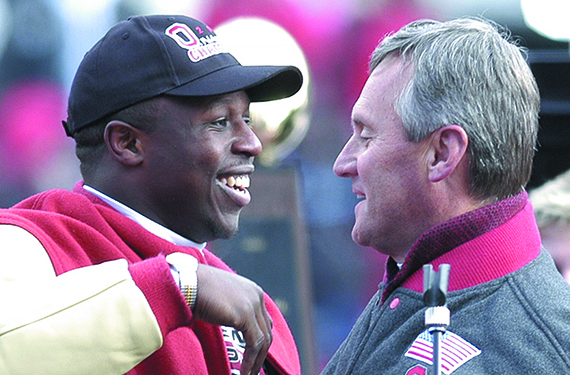 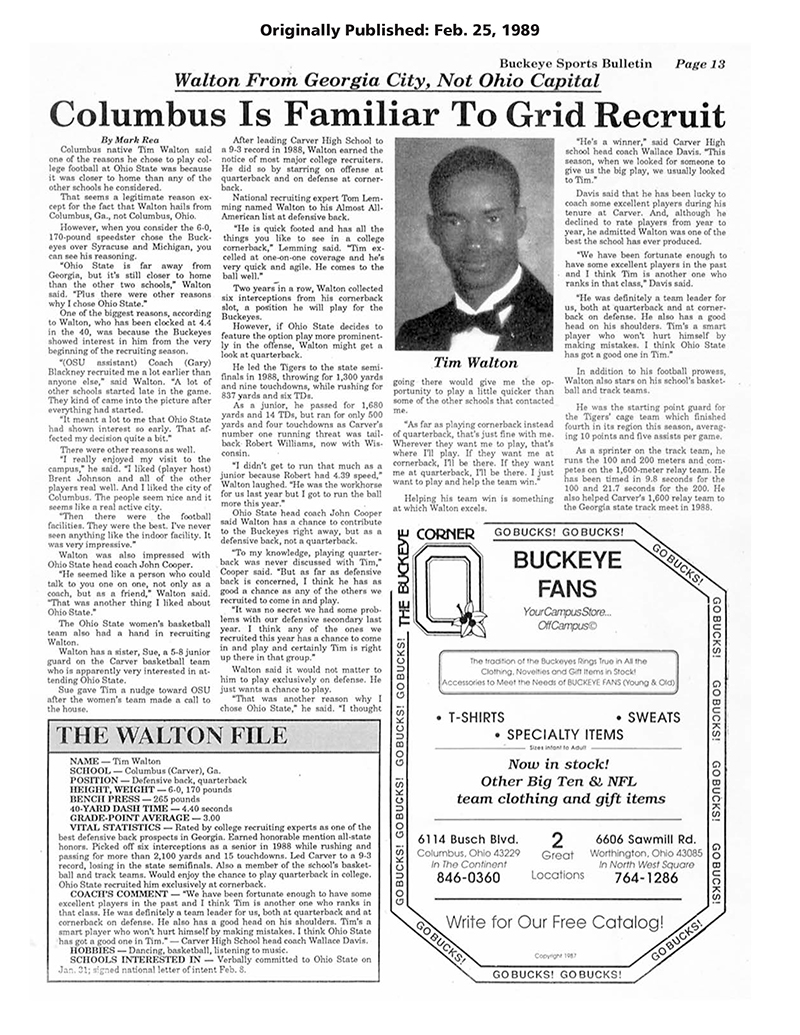 This edition or Reprint Thursday features a potpourri of stories from the Buckeye Sports Bulletin archives.

Tim Walton has been named the new cornerbacks coach for Ohio State, and we present a recruiting profile on the Georgia product from 1989 before fast-forwarding to 1993, when the senior starter, listed at 5-10, 180, was trying to pattern his hits from the defensive backfield after those of Buckeye great Jack Tatum.

It was recently announced that Mike Doss has been elected as a member of the College Football Hall of Fame. We offer his recruiting profile from 1999. Then Doss’ decision to return to Ohio State in January of 2002 for his senior year was considered a key moment in what would ultimately become Ohio State’s march to the national championship later that year.

Several other articles from the Jan. 19, 2002, issue of BSB are also included. Jim Tressel reflects on his first year as head coach at Ohio State, while prize recruit Mike D’Andrea announced his choice of the Buckeyes. We also offer a profile on a recruit who had yet to make his college choice – Troy Smith. Smith was interested in a school that wanted him as a quarterback rather than an athlete, and Ohio State was just warming up to that idea.

And finally, Don Sutherin, who helped Ohio State to the 1957 national championship with a game-winning field goal against Oregon in the Rose Bowl, passed away on Jan. 11. We reprint a lengthy feature from our 50th anniversary celebration of that championship Buckeye team on the Ohio State and Canadian Football League star.