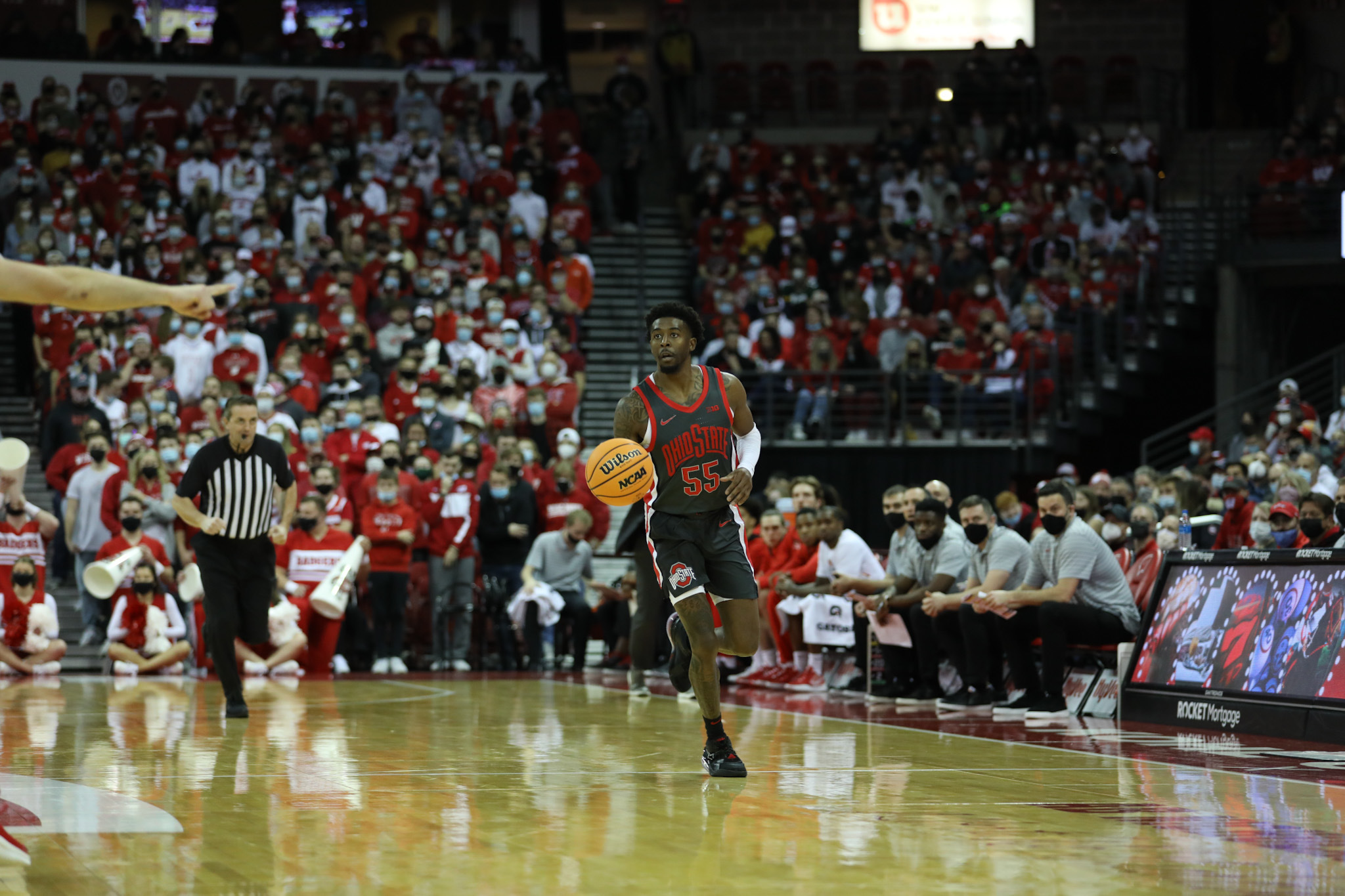 Ohio State entered its Jan. 13 matchup with Wisconsin in the Kohl Center knowing that it could not afford a cold shooting night, a poor performance on the boards, or a slow start against the Badgers, which entered the game as winners of five straight since a Dec. 11 loss in Columbus. Those had been the factors that doomed the Buckeyes in each of their three prior losses – especially against Indiana, when all three reared their heads to send Ohio State to an eventual blowout defeat.

And entering its first return matchup of the season against a Big Ten foe, the Buckeyes knew that avoiding all of that would only come from an increased attention to detail.

“What changes is the attention to detail, you’re going to know more about the team the second time you play them, especially as you’ve seen them play a few more times,” forward Kyle Young said before the game. “Their prep for us is going to be more detailed, they’re going to have a better plan against us just like we are, and they’re playing really well right now. We’re excited for this game, they’re a really good team and we’re going to do our best to be ready.”

The Buckeyes also knew that they could not let All-American hopeful guard Johnny Davis, who entered the game averaging 22.3 points per contest, generate points like he had the last time the two played when he scored 24 points.

“We did not defend (Davis) well early and it’s going to be a big challenge for Malaki (Branham),” Holtmann said. “Malaki has to be better in this game and it’s a lot to ask of a freshman. He’s going to be guarding an All-American and then hopefully he can continue to play at the really high level he’s been at. It’s a big challenge.

“With a guy like Davis, though, it is a collective, team thing. He’s so good at getting to his spots, he has such burst and athleticism, and he can make shots at all three levels. You just have to make it difficult for him, and then you have to eliminate some of the impact that the other guys have.”

On that front, OSU and Branham could consider themselves successful. Davis ended the game with 14 points, but he did so on just 4-of-18 shooting, one of his worst outings of the season. The effort did pull Branham away from scoring at the level he had been on the other side of the ball – he kicked in just 10 points.

Unfortunately for the Buckeyes, that was just about the only focal point entering the game that did break their way. Wisconsin jumped out to a 40-27 halftime lead behind a torrid shooting start (14 of 29 from the field, 7 of 13 from downtown), a 19-12 edge on the boards and poor shooting from their opponent, as Ohio State didn’t knock down its first 3-pointer of the game until the 13:23-mark of the second half after 12 previously unsuccessful tries.

Despite an improved performance in the second half, which saw E.J. Liddell come alive after a quiet start to pitch in 18 points (14 in the final 20 minutes), Ohio State couldn’t overcome that slow start, falling 78-68 to the Badgers and dropping to 4-2 in league play and 10-4 on the season, while Wisconsin improved to 14-2 overall and 5-1 in the Big Ten.

The Buckeyes drew as close as seven points after Liddell turned a Davis turnover into a jumper and cut the deficit to 56-49 with 8:51 to play, capping a 14-4 run in Ohio State’s favor, but Wisconsin responded with a barrage of its own to all but shut down the game. Point guard Brad Davison quieted the Buckeyes with a 3-pointer to extend the lead back to 10 points on the next possession, Tyler Wahl tossed down a breakaway, and-one jam three minutes later to put the Badgers up 14, and Davison knocked down another 3-pointer a possession later to put Wisconsin in command, up 72-57 with just over three minutes to play.

Davison drew the fifth foul of the game on Liddell a possession later and gave Wisconsin its largest lead of the night at 74-57.

That seemed to spark OSU a bit, which rattled off a quick 11-0 run to cut the deficit all the way back down to six points at 74-68 with just under a minute to spare, but two more Davison free throws after an Ahrens foul and a Davis dunk a possession later cut short any hopes of a comeback.

Davison led all scorers with 25 points, while Wahl added 20 and seven rebounds. Liddell’s 18 points paced the Buckeyes, as did a pair of blocks. Jamari Wheeler added 11 points, and Branham and Young chipped in 10, while Zed Key led the team in rebounds with eight.