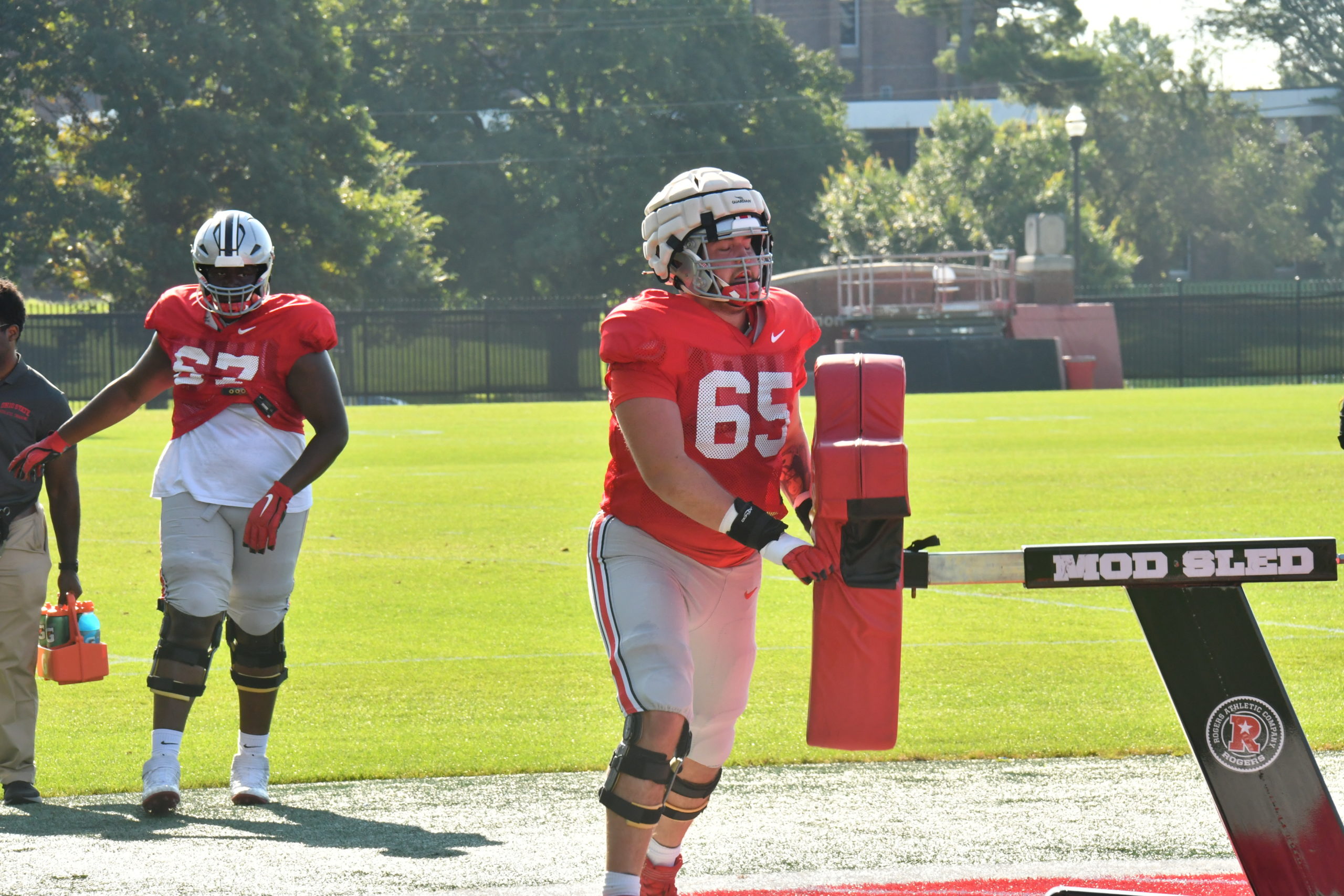 Although a starting five has already emerged on the Ohio State offensive line, second-year tackle Zen Michalski is making a push to slot in as the Buckeyes’ primary depth piece in the 2022 campaign.

Michalski has emerged as a contender for the sixth-man role on the Buckeyes’ offensive front, competing with third-year tackle Josh Fryar for the primary depth option for offensive line coach Justin Frye. As he endures his second fall camp with Ohio State, Michalski pointed to his improved comfort level in the program as a factor for his growth this offseason.

“As a freshman, you’re kind of in survival mode, everything is new and you’re trying to get through it,” Michalski said. “This offseason I felt like, just talking with the whole room, we needed depth and we needed someone to step up. I just took a lot of time with Mike [Sollenne], our GA, right after spring ball and I feel like we did endless drills. I was just trying to get better and build my confidence.”

Ohio State head coach Ryan Day echoed Michalski’s concerns about depth on the offensive line at Big Ten Media Days, saying that the Buckeyes’ front would be an area that the team would “have to continue to work on” throughout the offseason.

As Michalski and Fryar compete for the No. 3 tackle spot on the depth chart, Day said the Buckeyes are still figuring out who will fill that vacancy. Day added that Michalski is working on building consistency and physicality during the competition. As Michalski moved to offensive-line during his high school career, Day emphasized that he’s still gaining comfort at the position as well.

“He has the athleticism and the intelligence and all of those types of things. He just needs to continue to put days-on-days and get that feeling of being an offensive lineman,” Day said. “That’s really what offensive linemen do, they run into human beings everyday. And you have to get used to that. That’s not something you just wake up and do when you’re born. You have to practice, the hand placement, the grinding and having the grit and toughness to show up everyday and be physical. I think that’s what he’s working on.”

To this point in fall camp, Michalski has lined up primarily at left tackle — slotting in behind starter Paris Johnson Jr. at the position.

With the Buckeyes’ season-opener against Notre Dame 22 days away, Michalski said he has taken personal ownership of the second left tackle spot and that he’s still looking for overall improvements going into the campaign.

“I feel like over the offseason, with the amount of work that I’ve put in with the GAs, I’ve been owning that spot,” Michalski said. “I obviously have a bunch of stuff I have to fix. I’m not perfect in any way right now. But, I definitely think I have a lot more ownership than I did last year.”