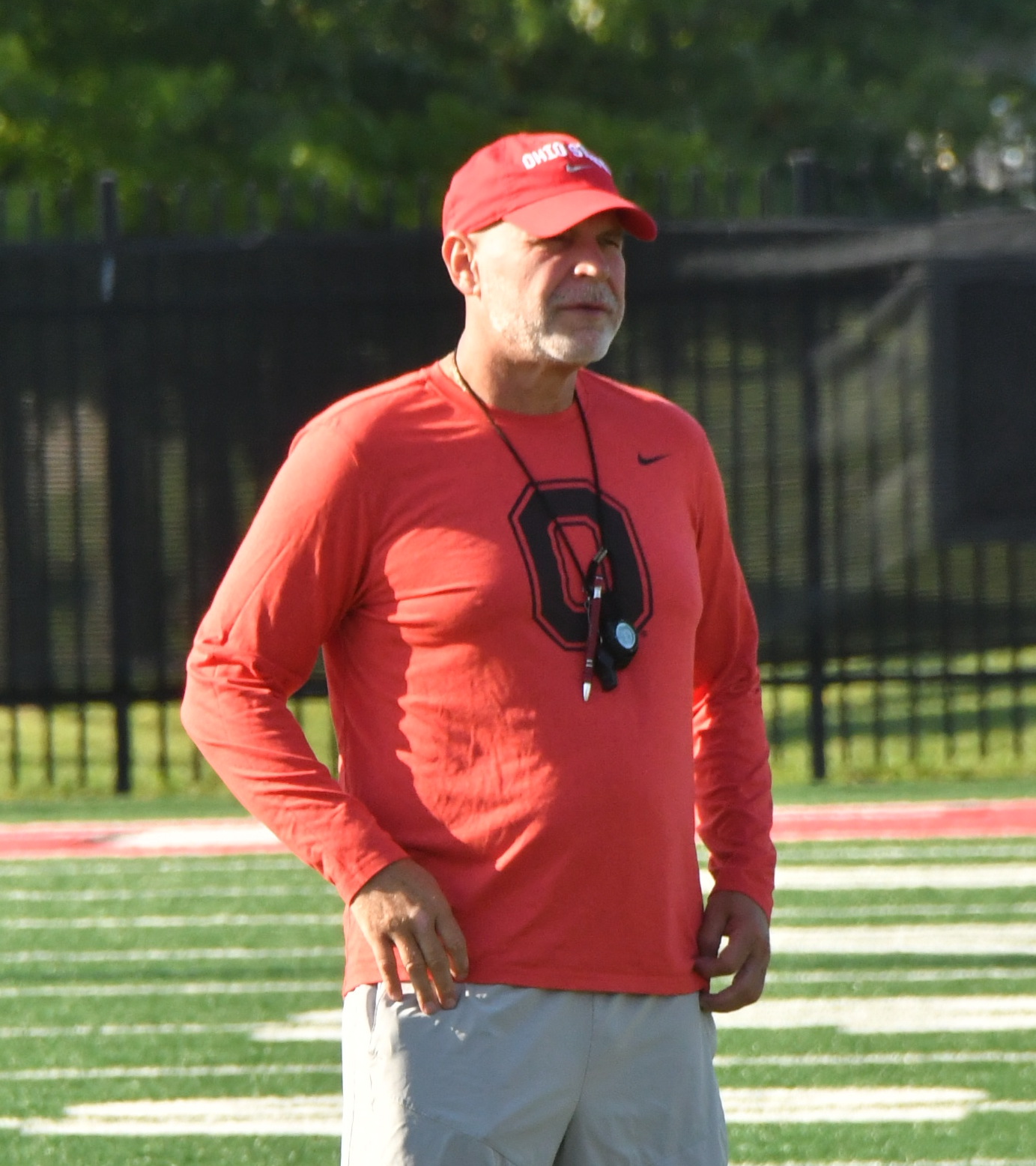 Most soon-to-be seniors in high school are enjoying the dog days of summer before heading back to class within the next few days. Sonny Styles, Ohio State’s five-star safety out of Pickerington High School in the 2022 recruiting class, is the same age as those getting ready for school to begin, but instead of preparing for his final year of school, he’s preparing to make an impact on the field for the Buckeyes this season.

Styles opted to forgo his final year of high school and joined Ohio State this summer, and through the first handful of practices in fall camp, he’s making a strong impression.

“In the opportunities he’s had to compete, he showed that he’s got toughness,” Day said. “And his ability to get coached…he’s gotten coached pretty hard. He takes it and he works to get better. He’s got a great look in his eye and and he’s off to a wonderful start.”

Styles is listed as a safety on Ohio State’s roster but could see work at linebacker given his unique 6-4, 200-pound frame. Defensive coordinator Jim Knowles, who will get to mold Styles within the secondary or at linebacker, which Knowles coaches, said that Styles has been impressive in camp.

“I mean, he’s a guy who studies, learns, (is) always in there. He literally ripped the ball out from the running back the other day, playmaker, showing up in the right (spots), picking things up,” Knowles said. “Sometimes you see young guys and until you ask me, I don’t ever remember yelling at him, except for positive things. I don’t remember him making a mistake, and for a young guy that’s fantastic. I think Sonny’s going to be great.”

Styles likely isn’t in a spot to significantly contribute other than special teams given the logjam at both linebacker and safety for Ohio State, meaning this will be a year of learning, which is especially important considering he only played three years of high school football.

“(He can do) all kinds of stuff,” Knowles said. “I don’t want to put too much on him yet because I want to get him into the flow. But in terms of the future, it’s going to be bright and it’s going to be a lot of fun with the things we’re able to do with him.”

Knowles said earlier this week that it’s too soon to tell where Styles might eventually line up, but that wherever he does, he could be a secret weapon for the Buckeyes.