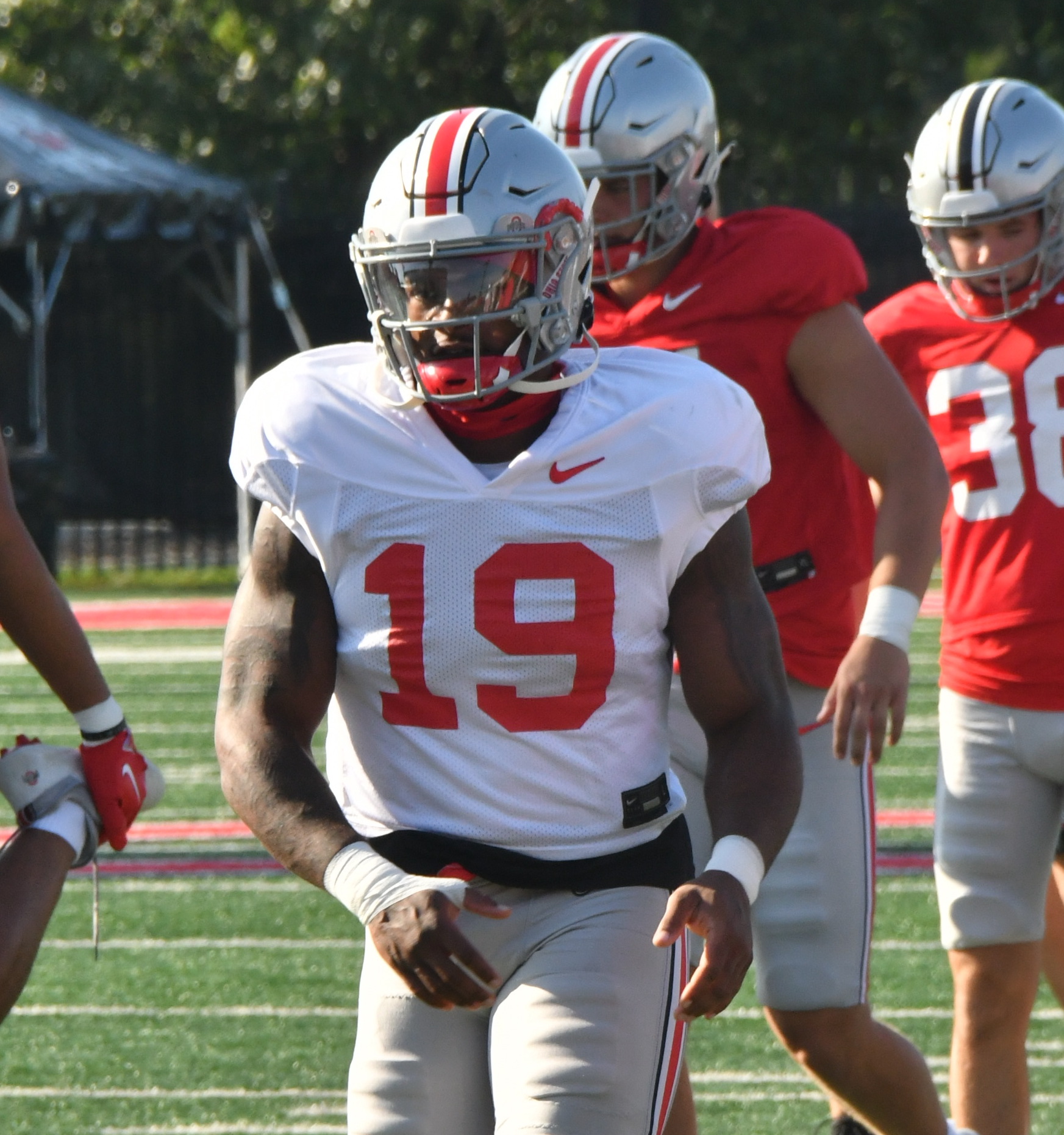 The last time Chip Trayanum played in a college football game, he was in a much different situation than he is now.

The then-Arizona State running back rumbled for 37 yards on five carries to aid his Sun Devils over rival Arizona 38-15 on Nov. 27, 2021. Since then, Trayanum has returned to his home state — joining the Ohio State football program by way of transfer — as well as moved to the defensive side of the football, slotting in at linebacker for the Buckeyes.

Hailing from Akron, Trayanum was heavily recruited by the Buckeyes to join their 2020 class before he ultimately decided to head west and join the Sun Devils. However, when he entered the transfer portal on Nov. 29, 2021, he set his sights set on entering a familiar situation.

“Going into the transfer portal, I wanted to be somewhere that had a familiar environment. I didn’t want to go somewhere where it was going to be unfamiliar and I would just have learn a whole new environment,” Trayanum said in the spring. “Coming back here, I felt like it was just the best place to fit myself around a great group of people, to push me to reach that next level.”

Trayanum did not only swap the team he would represent, but also made a shift to the defensive side of the ball — where he hadn’t played since high school. Although he had to re-learn the linebacker position, Trayanum has quickly brought himself to speed as he removed his black stripe on Tuesday.

Fellow linebacker Steele Chambers underwent a similar transition from running back during the 2021 offseason. Trayanum received high praise from Chambers, who called him the fastest and strongest member of the linebackers room.

“He’s fast, he’s strong. I’m excited to see him play,” Mitchell said. “I feel like he’s made a great transition over from running back to linebacker.”

While Trayanum’s speed and strength is becoming noticed by his peers during fall camp, head coach Ryan Day said that the Arizona State transfer fits the athletic mold that the Buckeyes are looking for when it comes to their linebacking corps. Currently, Trayanum is fitting in as a depth piece for the Buckeyes’ linebackers in fall camp — primarily working in with the second and third team units — but has shown a lot of promise during the practice session, according to his teammates.

Pointing to the impact that Chambers made last season, despite the abrupt move from running back, Day said Trayanum can be an imperative piece of the Buckeyes’ defense this season.

“Chip certainly has all the skills. He works really hard. The guys on the team respect him. He plays hard and he is tough,” Day said. “It’s just getting more and more reps and playing. As soon as we feel like he’s ready he’ll go play.”