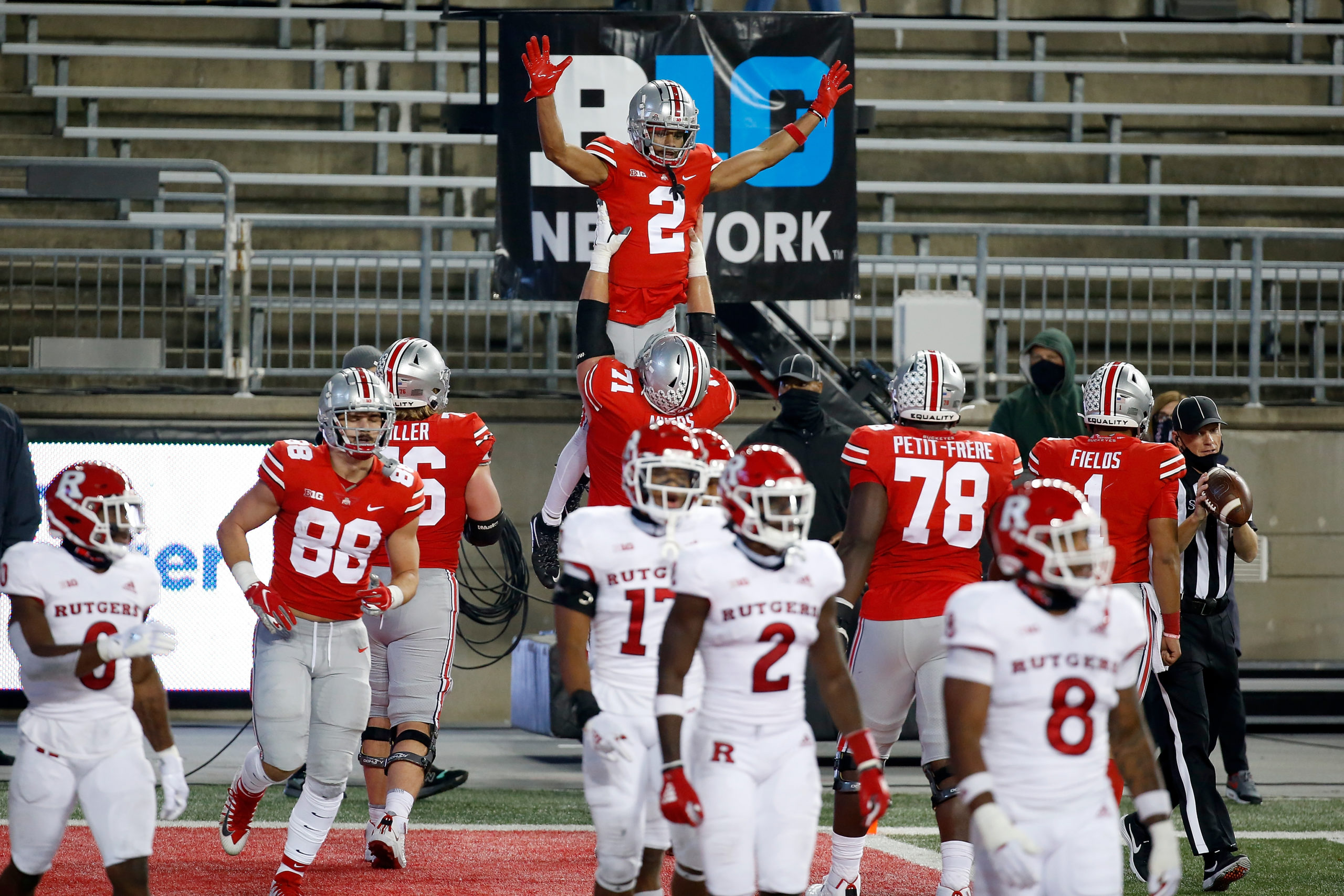 Ohio State head coach Ryan Day was quick to point out the youth of his 2021 roster at Big Ten Media Days on Friday – and even quicker to drive home the value those young Buckeyes will gain from their first full offseason. By Day’s count, Ohio State has 45 players on scholarship that hadn’t yet seen a full spring camp or a standard offseason lifting program until this year, after the 2020 offseason was cut short and then severely hampered by COVID and the restrictions that followed it. And by his admission, the opportunity to put the 2020 and 2021 classes through their first “real” offseason in Columbus will be crucial for Ohio State’s success on the field when game one rolls around on Sept. 2.

Almost just as crucial for those young Buckeyes, in Day’s mind, is to retain focus. Ohio State’s goal is always larger than just one game, but a roster with such a widespread of experience has to remember the importance of each game, and of that first game in Minneapolis with Minnesota.

“I feel good about the team,” Day said to a gaggle of reporters during his press conference in Indianapolis. “I feel good that we have some veteran groups, but I think that there’s also some inexperience in some areas. It sounds like coach talk, but in order to get back here (to the Big Ten Championship Game in Indianapolis), which you know it’s been tremendous for us, we have to figure out a way to win the first game, otherwise, it doesn’t matter.

“That happens with an unbelievable preseason and with staying in the moment. And that’s been our mantra there at Ohio State for a long time, is to stay in the moment not get too worried about what happened yesterday, not get too far out in front of you in terms of worrying about playing in championship games, you got to do a great job of maximizing the day and if we can just stay on that focus.”

That week one draw against the Golden Gophers is far from an insurmountable task for the Buckeyes, which expect to enter the game as a top-five team and a favorite for the College Football Playoff once again, but it’s far from a free win, either. Minnesota returns a tremendously experienced roster, specifically on offense, with five starters back up front, four-year starter Tanner Morgan at quarterback and All-American halfback Mohamed Ibrahim all back to lead the charge. For a defense that will be breaking in an entirely new linebacker corps, a new No. 1 cornerback after the departure of Shaun Wade and two new defensive linemen with end Jonathon Cooper and tackle Tommy Togiai gone, that experience could present a real challenge.

“When you look at Minnesota, they have one of the most experienced in veteran teams there is in the country, so it’s going to be a major challenge for us going on the road. We haven’t played in front of fans in a long time, so it is a huge challenge.

“The good news is we’re not that young up front, we do have really good depth in the D-line,” Day said. “A lot of guys are coming back: Haskell Garrett, Zach Harrison, Tyreke Smith, Antwuan Jackson Jr. and Taron Vincent, so we’re as deep as we’ve been in the D-line.

“We’re young at linebacker, but it was good to see some of the younger guys play well in the playoffs last year. When we look at what Lathan Ransom did at safety, and what Josh Proctor did for us. Sevyn Banks had some really good games for us last year as well. And so, although we’re young, we do have more depth there and it’s going to be a challenge, so that’s why this preseason is going to be a really hard preseason for us.”

Regardless of inexperience, unsettled position battles, or a crucial offseason in Columbus, Ohio State isn’t taking for granted the opportunity to return to something resembling a standard offseason – and hopefully, a standard season this fall. Day said that the majority of his roster is vaccinated against COVID-19 and that the Buckeyes have done the best they can to educate their players on the risks of the disease, in hopes both of improving public health and of avoiding a repeat of 2020, with positive tests and game cancelation looming around every corner. The chance to return to routine is as valuable as anything for Ohio State in 2021.

“One of the things we missed was routine in a game,” Day said. “I think coaches, players, the whole program strives on routine and getting back into that routine is what we missed desperately. I don’t think we all really appreciated how much we missed the routine until it was gone, and every week it was something new, and we’re kind of tired of living day to day that way and not knowing what the routine is going to be on a weekly basis.”

With the routine back in town, a hungry roster, and a staff ready to prove itself on the national stage after falling short against Alabama last season – young roster or not.

“We’re gonna have a chance to play in some championship games, but when you look at the youth that we have at linebacker you look at our youth at quarterback, you know that’s something that we got to make sure we’re doing a great job of addressing,” Day said. “But we also have really good players around and we have really good depth on defense, that is the line. Our secondary has more depth now than it’s had in a while and then on offense. I feel like we have pretty good depth at all the other positions.”