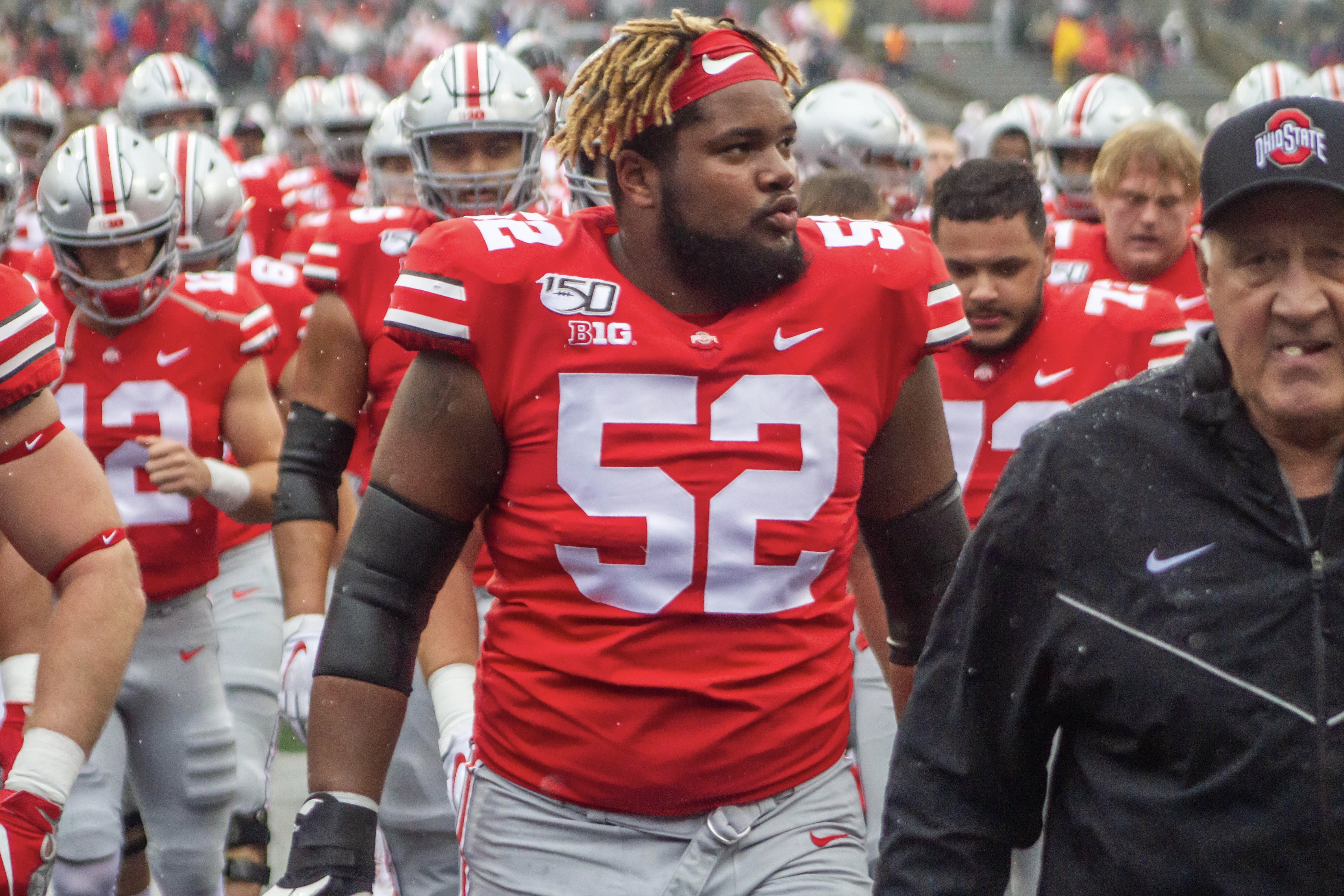 Ohio State guard Wyatt Davis and cornerback Shaun Wade both had the opportunity to forgo their final two seasons of eligibility with the Buckeyes and enter the 2020 NFL Draft, but both decided to return for their redshirt junior seasons, and are now picking up honors because of it.

Sporting News, one of five outlets that are used to determine consensus All-American status, named Davis and Wade as First Team All-Americans. The pair of first-team members was tied for the second most of any program with Clemson, LSU, Oklahoma, Oregon and Penn State, while Alabama was the only team to have three members featured.

Davis was a key member of an Ohio State line that was nominated for the Joe Moore Award in 2019, which goes to the top offensive line in the country, and helped the Buckeyes finish with the fifth-most rushing yards per game (266.8 yards per game), while also impressing on pass blocking.

Wade tallied 25 tackles, four tackles for loss, two sacks, eight pass breakups, a forced fumble and an interception last season for Ohio State, and is now taking over for Jeff Okudah as the primary corner in the secondary. Wade, Okudah and company helped the Buckeyes finish with just 156.0 passing yards allowed per game, fewest in the country.

Only one Ohio State player was named to Sporting News’ second team, and that is junior quarterback Justin Fields, who is coming off a season where he amassed 51 total touchdowns and finished in third place in Heisman Trophy voting.

Back in March, Sporting News also honored Ohio State’s team as a whole by putting the Buckeyes second in its preseason poll, trailing only Clemson. Other Big Ten teams listed in that top 25 included Penn State at nine, Minnesota at 12, Michigan at 15 and Wisconsin at 16.

Oregon, Ohio State’s second matchup on the 2020 schedule, comes in at seventh in the preseason ranking and had two players – offensive tackle Penei Sewell and defensive end Kayvon Thibodeaux – that were named to the first team.