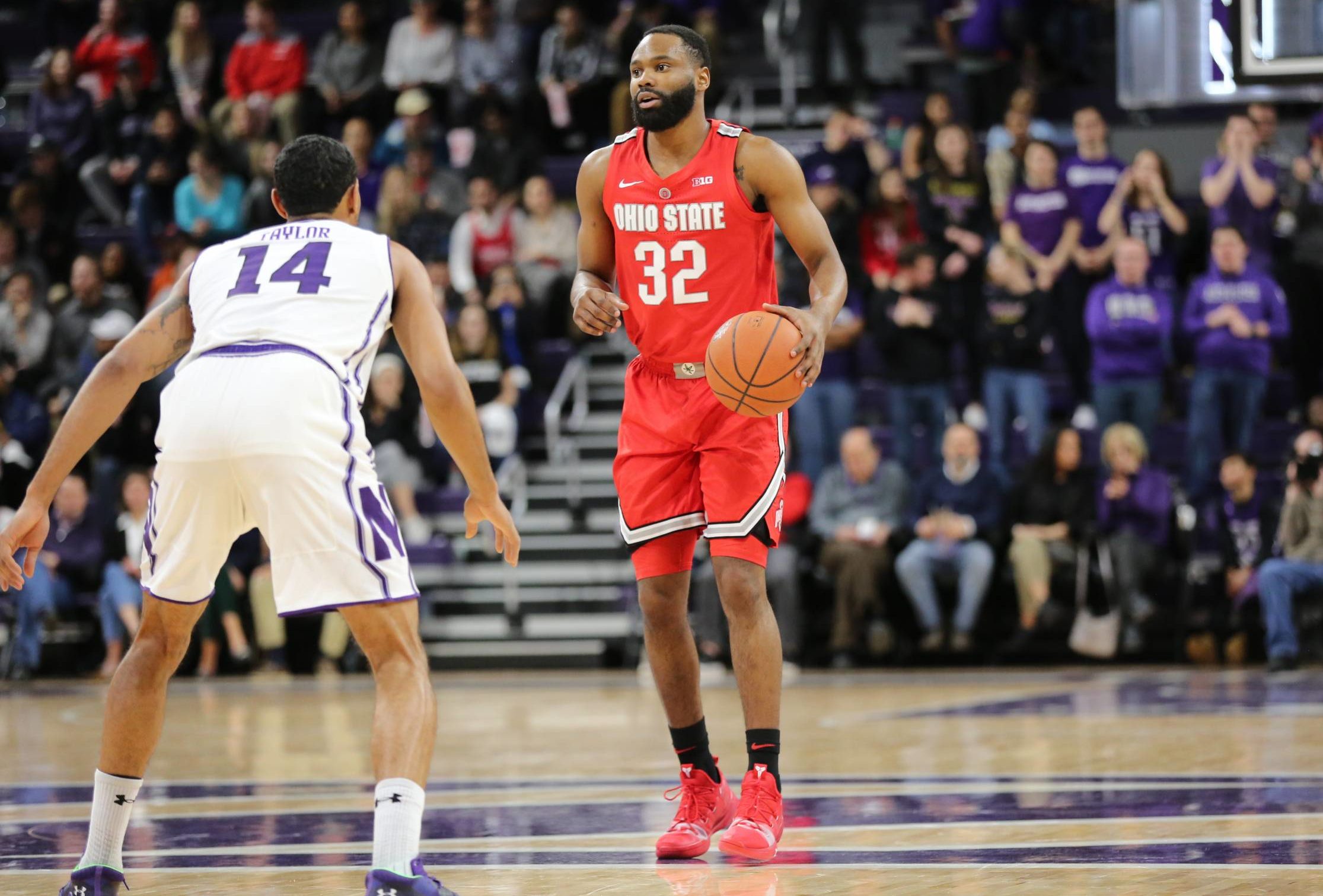 Former Ohio State guard Keyshawn Woods will no longer participate in next month’s The Basketball Tournament after he was exposed to coronavirus, Big X announced on Monday morning.

UPDATE: like many teams, we will unfortunately have to leave one of our guys behind today when we head to the bubble for @thetournament quarantine.

“We will certainly miss him, but are thankful for the precautions put in place by TBT to ensure all participants’ safety,” the team said in a statement. “Keyshawn is currently healthy by all traditional measures and we are hopeful he will beat the virus from the safety of his home.”

Losing Woods will be a big blow for Big X, which has won its first game in each of the last two tournaments before being eliminated in the second round. The team hoped to make a deeper run this time around, as Woods was set to team up with former Ohio State guards Andrew Dakich, C.J. Jackson and forward Jae’Sean Tate.

The 6-3, 205-pound Woods joined the Buckeyes in 2018-19 as a graduate transfer from Wake Forest. He averaged 8.1 points and 3.1 assists per game in his only season with the program, which included a trip to the second round of the NCAA Tournament.

Woods went undrafted last summer, but signed a professional contract overseas with Zeeuw and Zeeuw Feyenoord of the Dutch Basketball League. He averaged 16.7 points and 4.6 rebounds per game before the season was cut short in late March due to the coronavirus pandemic.

As mentioned, Big X won the opening game of The Basketball Tournament last summer, knocking off the West Virginia Wildcats, 83-76. Jackson led all scores with 22 points, while Woods finished the game with 17 points of his own.

As the No. 9 overall seed in this year’s tournament, Big X will face Jackson TN UnderDawgs in the first round. A second-round matchup with Red Scare, a Dayton alumni team that also includes former Buckeye center Trevor Thompson, awaits the winner of that game.

The Basketball Tournament, which is set for July 4-14 at Columbus’ Nationwide Arena, features just 24 teams playing for $1 million at a single location due to the coronavirus pandemic. Under normal circumstances, the annual event would include 64 teams playing for $2 million at different venues around the country. All 23 games of The Basketball Tournament will be broadcast live on the ESPN family of networks.

Fans will not be permitted to attend, while all participants will be tested for COVID-19 upon their arrival and quarantined for the duration of the tournament. They will be tested again after the quarantine period and screened regularly for symptoms, with a positive test leading to the removal of that participant’s team from the event.