Wyatt Davis And Josh Myers Would Play Without Fans In Stands 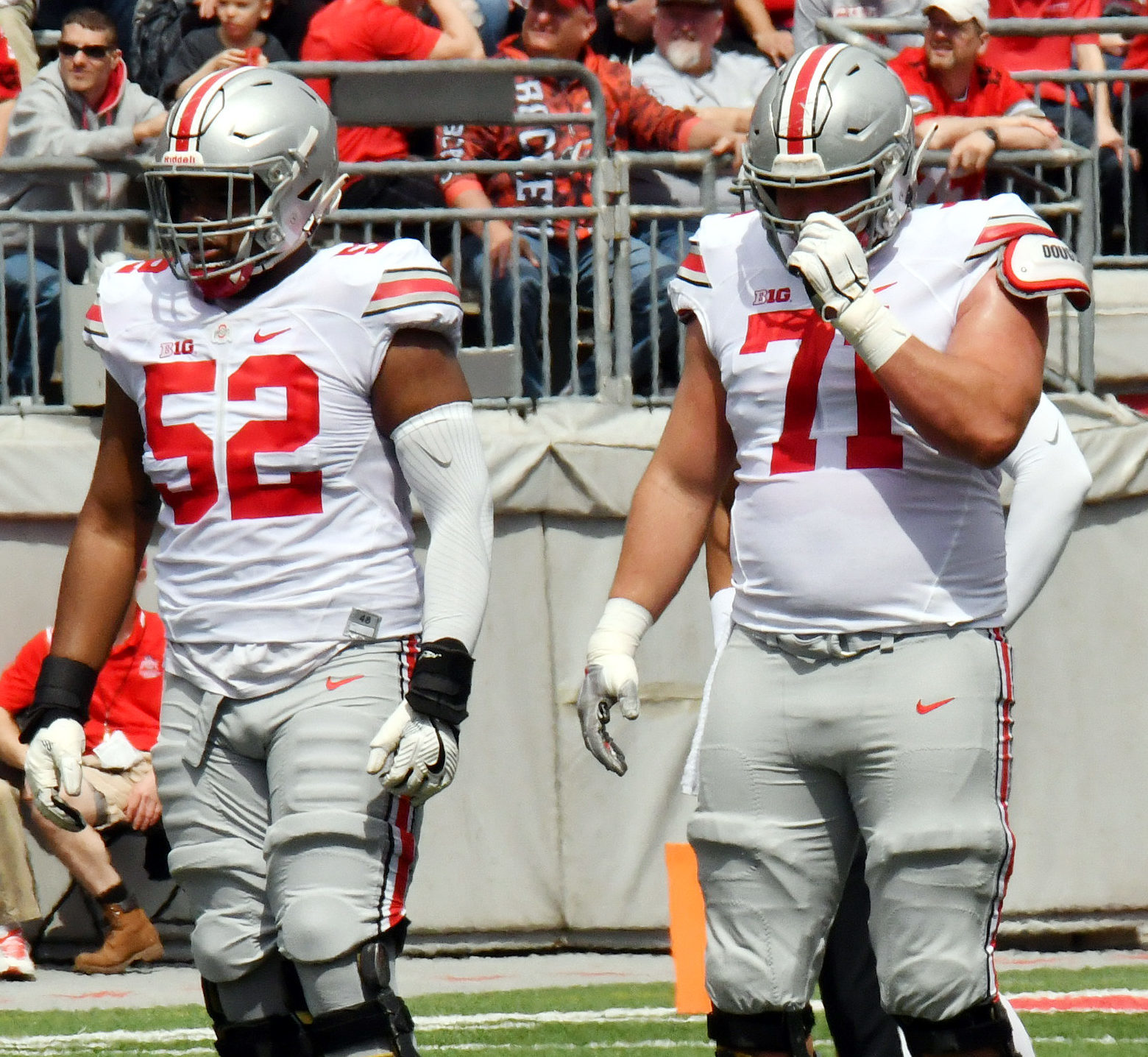 While the NCAA and its member schools are still working to determine a date that team activities and recruiting can resume after several months of suspension in response to the COVID-19 pandemic, plenty of questions remain about what the upcoming college football season will look like. Or, more importantly, if there will be a season at all.

One of the most significant concerns revolving around that upcoming season are the fans in the stands. Packed crowds at a football game would almost certainly violate social distancing rules put into play by nearly every state in the nation, and would certainly challenge the “six feet apart” rule that the CDC has been encouraging Americans to follow. In some states, like Oregon, rules are already being put in place to forbid large crowds through at least the summer. Oregon Governor Kate Brown announced that large gatherings, like crowds at a football game, aren’t allowed through at least September.

“There is some difficult news to share,” Brown said. “Large gatherings, including live sporting events with audiences, concerts, festivals, and conventions will not be able to return until we have a reliable treatment or prevention like a vaccine.

“The Oregon Health Authority is advising that any large gathering, at least through September, should be canceled or significantly modified.”

“There is reason to feel some confidence here,” Whitmer said in an interview on the “Mojo in the Morning Show” on WQKI-FM (95.5). “But we also have to measure (people’s) expectations and say life’s going to be different. We’re not going to be filling stadiums in the fall.”

“I would certainly think they could figure out how to do a season,” DeWine said of the upcoming college football season. “Can we go watch them? I think it’s much too early to be making that [decision].”

While the likelihood of crowds being in attendance when any sort of upcoming college football season does kick off seem to be dwindling with each passing day, at least two Ohio State football players are in favor of whatever it takes to get a season in. When talking with the media on Thursday, center Josh Myers and guard Wyatt Davis both said that they’re fine with playing without fans, though they did note that there will be an adjustment period.

“Yes, absolutely,” Myers said when asked if he would play without fans. “I would do anything really to play this season. I don’t know what I would do without football. With that would come sacrifices, and I’m willing to sacrifice whatever, whether it is to quarantine myself or whatever.”

“I definitely would do anything to have this season,” Davis said. “Whether that would be self-quarantine, Would it suck not having fans? Yes. But would that affect me not playing the season? No. Fans or no fans, I would want to play.”

While the two are champing at the the bit to get back to football, they aren’t without safety concerns for what that return may look like.

“There’s a long list of worries,” Davis said. “Starting off, with the whole pandemic, making sure you’re not spreading it around. Especially in football, when you’ve got guys sweating and grinding on each other. Another concern is being game-ready. Not having spring ball was a big deal. It’s a time to work on your craft and correct the things you need to work on, so that by fall camp, you’re tuned up and ready to go. At the end of the day, you can only worry so much.”

“For me, the majority of my fears of actually getting the coronavirus are geared toward my family,” Myers explained. “If I get it, that’s obviously not good, but my biggest fear would be giving it to my family, like my parents. In terms of being ready for the season, like Wyatt said, spring ball is critical. It’s critical for the young guys, and it’s critical for everyone to work on our game. Hopefully we’re able to train for two weeks before we start hitting. If we don’t have those two weeks, and we have to hop right in, I think we have to hope that what we’ve done is enough.”

The Buckeyes stars also rattled off a few ideas that they have for what they would like to see implemented to keep everyone involved with a potential return to football safe.

“Definitely getting your temperature checked before you walk into the Woody Hayes Athletic Center and wearing masks,” Davis said when asked about what he would like to see instituted. “Monitoring how many people are gathered together at once. Our medical staff has been great throughout this entire thing, telling us the dos and don’ts.”

“Wyatt hit the nail right on the head,” Myers said. “One thing that they’ve been huge on has been not having more than 10 people working out at once. We trust our coaches, we trust our medical staff, and I know they’re going to try to do right by us and keep us safe.”

While Davis and Myers are ready and willing, college football players and coaches across the nation may be in the dark for a while. The Big Ten has suspended team activities through June 1, and seems to be leaning towards a further extension after that date comes. With six to eight weeks needed for pre-season practice, July 1 would be just about the latest date for team activities to resume that could still lead to the start of the season kicking off as planned. Until an announcement is made, all that those players and coaches can do is wait, and hope.

“It’s a nightmare to be honest with you,” Myers said. “That’s time that we can never get back. I was so excited for this season, and I’m still hoping and praying that it happens, and I trust that it will. Even the thought of not playing this season is terrifying.”