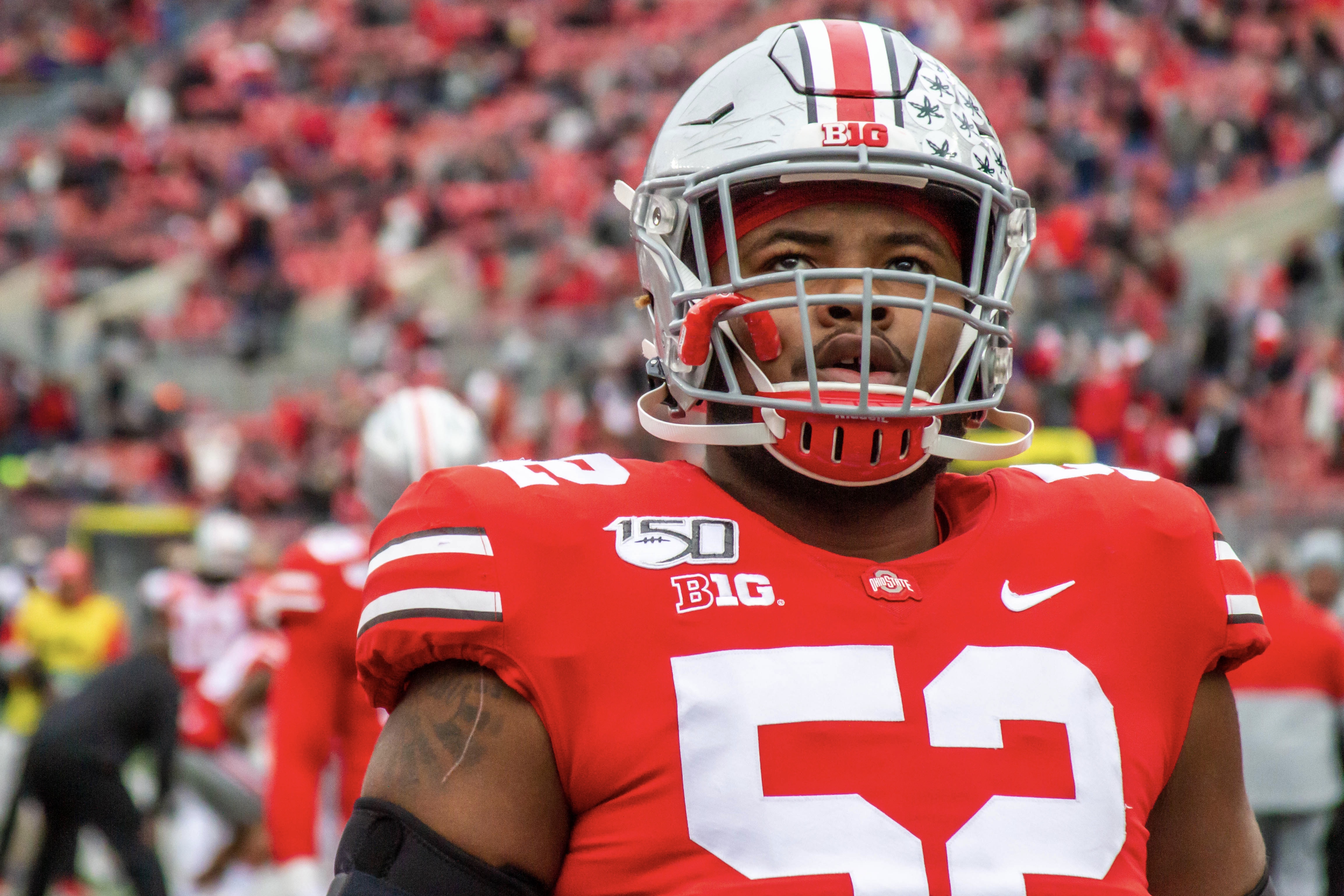 Ohio State offensive linemen Wyatt Davis and Josh Myers answered questions from media members on a May 14 teleconference. What follows is a bullet-point rundown of everything the returning starters discussed Thursday, including Davis’ late grandfather, working out amid quarantine, playing without fans, the position battles among the linemen, and more.