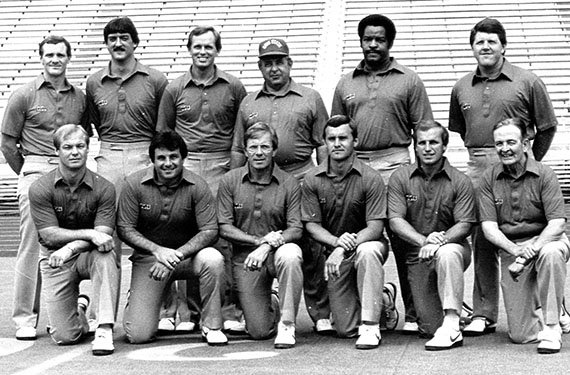 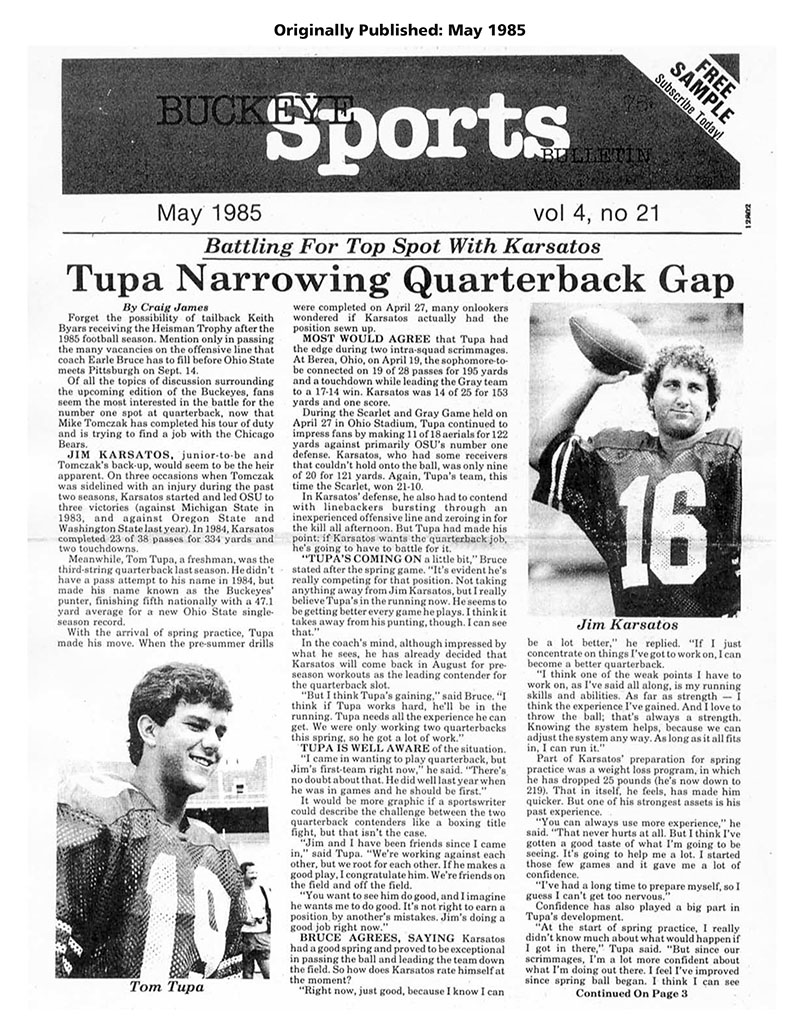 We delved into the Buckeye Sports Bulletin archives and uncovered our coverage of that quarterback competition from our May 1985 issue, which also included stories on the spring game and the NFL Draft.

This installment of BSB Reprints includes in-depth coverage of the Karsatos-Tupa quarterback controversy and more from 1985, as well as the late Bill Myles’ Michigan Memories.