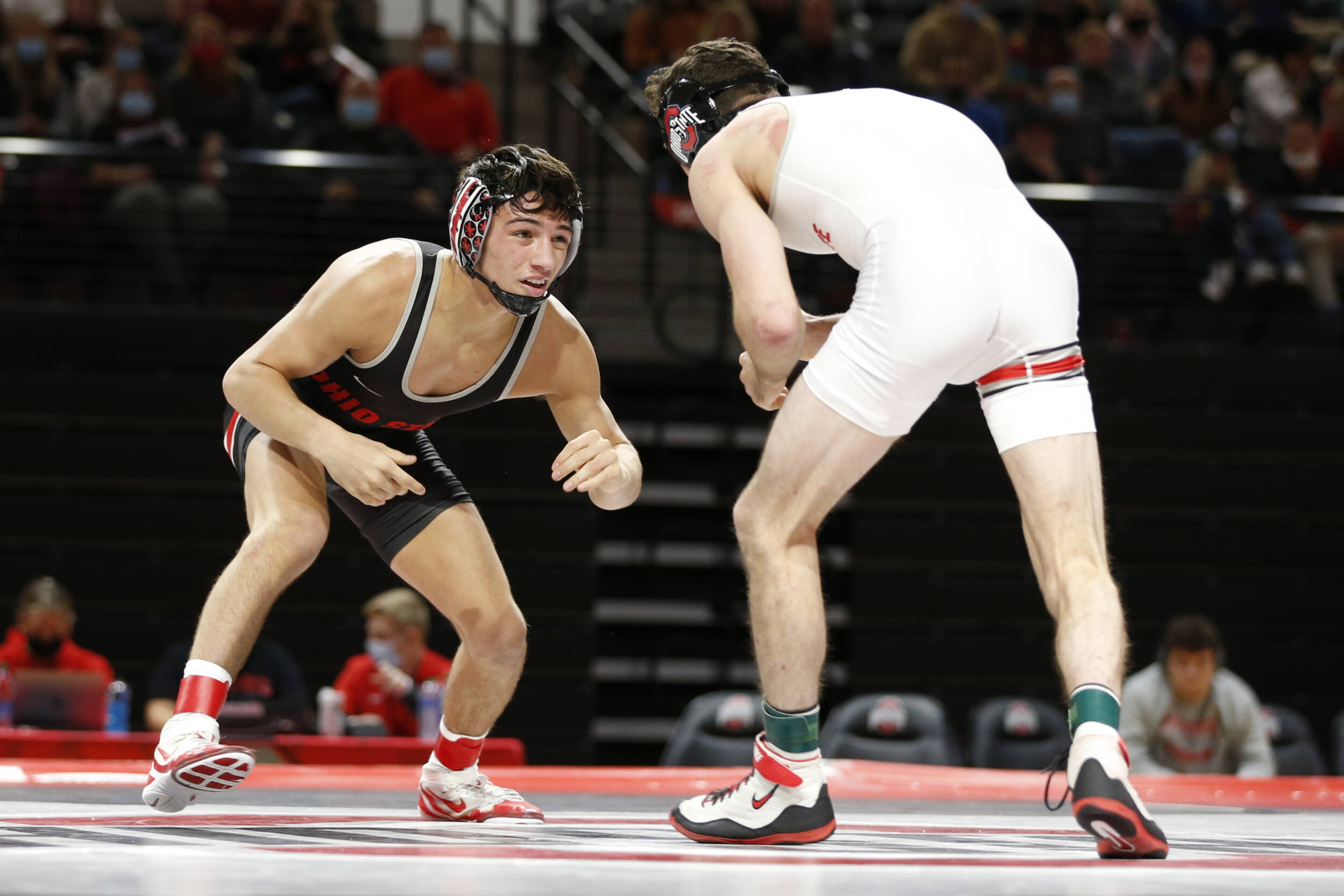 Gonzales competed in three matches at 57kg, defeating Jaime Perez Castellanos of Guatemala and Hernan Almendra to reach the championships match. In the final bout, Gonzales battled with Enrique Herrera Huacre, taking that match, 8-2, to win the first-place prize.

The Poway, Calif., native will be a sophomore at Ohio State this fall. Gonzales went 19-4 while unattached from the program in five events. He recorded two major decisions, two pins and six technical falls in those matches with Michigan State Open and Purple Raider Open titles. Before his time in Columbus, Gonzales was a California state champion in 2020 with a 40-1 record, a 2019 Freestyle national champion and an Ironman All-American.

Bouzakis won four matches at 61kg to take his gold medal at the Pan American Championships, including wins over Will Betancourt of Purdue (USA), Jeremy Peralta Gomez of Ecuador and Gavin Eldridge of Canada. Bouzakis earned a rematch with Betancourt in the finals after the Boilermakers wrestler worked his way through the wrestlebacks. Bouzakis handed Betancourt a 10-0 technical fall defeat in that match.

According to FloWrestling, Bouzakis is the No. 2 pound-for-pound wrestler in the class of 2022 behind Indiana wrestler Jesse Mendez, who also signed with Ohio State. For added measure, head coach Tom Ryan also signed Feldman — the No. 3 overall recruit in the class. With those signees — including Seth Shumate (197 lbs) and Gavin Brown (149 lbs) — the Buckeyes have what FloWrestling considers the best recruiting class of the modern wrestling era.