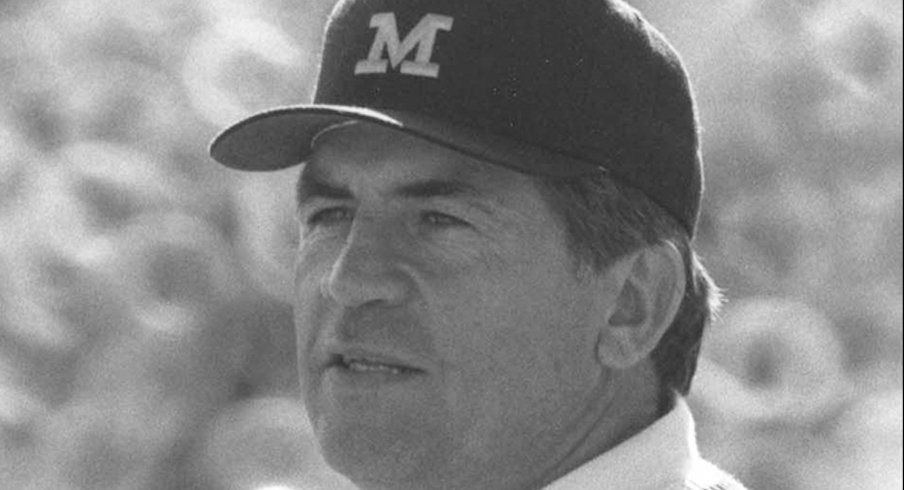 Former Ohio State linebacker and longtime Michigan assistant and head coach Gary Moeller passed away on Monday. He was 81.

“The football world lost a great man in Gary Moeller,” Michigan head coach Jim Harbaugh said in a statement. “Coach Moeller cared for his players and his teams and was devoted to the University of Michigan. He gave a lot to the game of football, excelling as both an offensive and defensive coordinator and head coach in the college and NFL ranks.

“We have lost a wonderful family man. My thoughts and prayers are with his wife, Ann, as well as their daughters Susan, Amy and Molly, and my former teammate and fellow captain Andy.”

Moeller spent three years with the Buckeyes from 1960-62. His primary position was linebacker, but he also took snaps on the offensive line. As a senior, Moeller was named a captain by then-head coach Woody Hayes.

After Moeller’s Ohio State career ended, he entered coaching at Bellefontaine (Ohio) High School — a school located 48 miles northwest of Columbus. He later entered collegiate coaching at Miami (Ohio) University, where he learned under Bo Schembechler, an assistant for the Buckeyes while Moeller played. Schembechler brought Moeller with him to Michigan in 1969.

Moeller coached under Schembechler for 18 of the next 21 seasons, excluding a three-year stint as Illinois’ head coach from 1977-79. After Schembechler’s retirement in 1990, Moeller became the next leader of the program. He was the head coach for five seasons before his resignation in 1995.

“In my judgment, he was one of the giants in modern football history at Michigan,” said Jim Brandstatter, a retired Michigan broadcaster and former player for the Wolverines. “As head coach, he won Big Ten Championships, Rose Bowls and countless big games against Notre Dame, MSU and Ohio State.

“As an assistant, he was instrumental in developing ‘outside the box’ game plans and strategies that gave Michigan an edge on their opponents. Sometimes even when outmanned, Moeller would find a way as a coordinator to have his guys ready to play the game of their lives.”

Brandstatter continued, “As a defensive coordinator, he developed a defense in the Sugar Bowl against Auburn that kept Bo Jackson, Lionel James and Tommy Agee — three future NFL running backs — out of the end zone. Auburn, the eventual national champs, managed just three field goals against Michigan and Moeller’s defense. The best single-game defensive performance I ever witnessed from a Michigan team.

“More importantly, he was overwhelmingly loved and respected by his players. At both the professional and collegiate levels, Mo was a player’s coach. He cared about those players after they got done playing. Mo loved leadership! While he was an X’s and O’s genius, he always felt the most important aspect of a player’s character was developing their leadership traits. He never stopped coaching attitude and character. He loved players who exhibited leadership skills and believed they were the heart and soul of any team he coached.”

Moeller remains the only former Ohio State player to become the head coach at Michigan. He went 3-1-1 against his alma mater as Michigan’s head coach.

His family will hold visitation hours in Lima, Ohio, on Friday. A private family funeral will be held on Saturday.