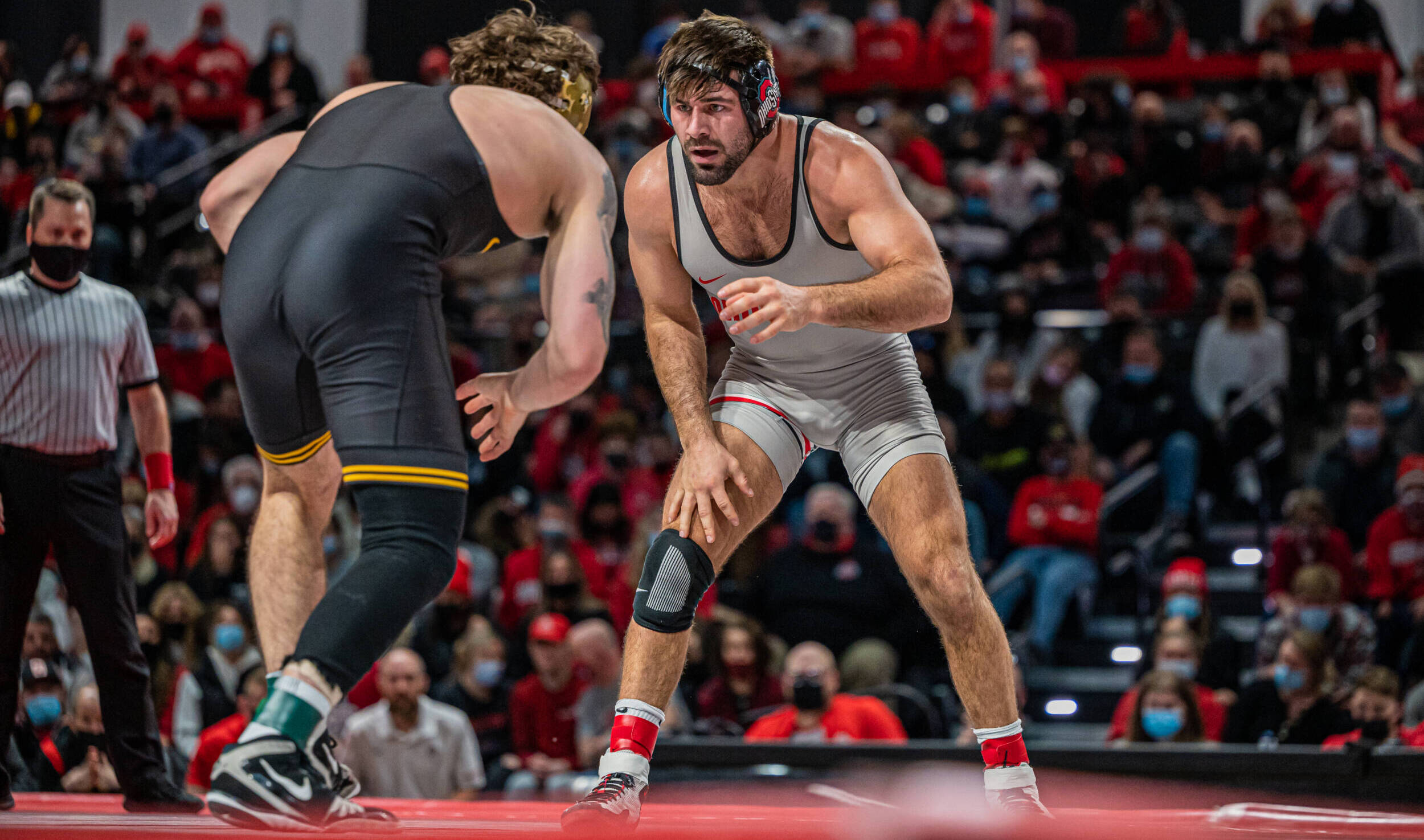 In this article, Buckeye Sports Bulletin previews two of the eight wrestlers to compete at the NCAA Championships. We continue with Smith and Romero.

Smith qualified for his fourth NCAA Championships this season with a third-place finish at the Big Ten tournament last weekend. He will compete for the second time at 174 pounds in the NCAAs after wrestling at 165 last year. He claimed a 2-2 mark the last time he qualified at his current weight in 2019.

Ohio State assistant coach J Jaggers said Smith has a unique development arc as a Buckeye. He started his collegiate career searching for an identity — finally finding his groove as a redshirt junior last season. This year, Smith brings fire and intensity that can carry him a long way at the national tournament.

“Ethan really figured out how to wrestle last year,” Jaggers said. “He knows exactly where he wants to be. He wants a lot of leg attacks, low singles, high crotch moves. Ethan shoots a lot, and he’s a good finisher. I think something happened about midway through last year when he found himself as a wrestler.”

Smith, a two-time All-American, qualified at 165 during the 2020 tournament and again in that class the following season, finishing with a 4-1 record as the No. 7 seed. This year, he claims the same ranking at 174 and will face No. 26 seed Tyler Eischens of Stanford in the opening round.

“He’s bought in, and he’s very consistent — his work ethic is incredible,” Jaggers said. “He’s here (at the Jennings Wrestling Facility) all the time. It’s been an avalanche of all those hours of work that kind of hit last year. He’s been a big contributor for us this year.

“Experience has helped with that and his belief is off the charts. Winning happens once and you find a way. Then you can recreate that moment, and he’s recreating those moments. He’s been clutch. He was clutch against (Nebraska wrestler Mikey) Labriola at Big Tens, and he’s going to have to be clutch this weekend at 165.”

After a fourth-place finish at the Big Tens, Romero will make his third NCAA Championships appearance. It will be his first time qualifying at 184 pounds.

In last season’s national tournament, Romero was the No. 7 seed at 174 pounds, earning a 2-2 record. He will face No. 26 seed Donnell Washington of Indiana this year. The two wrestlers did not meet on the mat when the Buckeyes squared off with the Hoosiers on Feb. 13. Romero instead battled Sean Grim, who he pinned in 2:25.

“I didn’t finish where I wanted to at the Big Tens,” Romero said. “I know that’s the case for a lot of guys in our program. Guys like Sammy, Carson and Ethan wanted to win it all, and I did, too. The great thing about this program is that we all have each other’s backs. We expect a lot from each other, and I think that’s a good thing, but we all understand that the person next to us knows what they need to do better to improve.”

Romero admitted the Big Ten Championships were a struggle for him and his conditioning. The redshirt senior missed significant action in the middle of the season as he recovered from an unspecified ailment. Romero said he would’ve appreciated more time on the mat this year to gain a feel for the opponents. Still, he also understands the brutality of collegiate wrestling, recognizing that even the fittest wrestlers can sustain injuries.

“This sport demands a lot out of you,” Romero said. “I wanted to be out there with my guys, but I needed to give myself the proper time to recover so I could compete at the Big Tens and then at nationals. I know a lot of our guys wrestled tough last time out, and they could use the time to recover, too. We’ll get right and then look to bounce back at the NCAAs.”

Jaggers believes injuries kept Romero from performing his best in last year’s national tournament — a storyline Ryan admitted was likely true after the Mechanicsburg, Ohio, native, battled through COVID-19 and a weakened ankle at the end of 2021. However, this year, Jaggers said Romero feels healthy and ready for a deep run in the NCAA Championships at 184 pounds.

“I think his health hampered him a little bit last year at the national tournament,” Jaggers said. “Even his confidence. If you just feel just a little bit not right it can hurt you. The brain is very powerful, and (injuries) can take hold of your brain. He wasn’t exactly 100 percent at nationals last year, and I think how he wrestled showed that.

“This year, he’s looked great and strong. He’s healthy, and his attitude is in a great spot. He’s very eager to get there because of the bitter taste the nationals left in his mouth last year. I can’t wait for Kaleb to compete this weekend and get what he really wants out of this.”