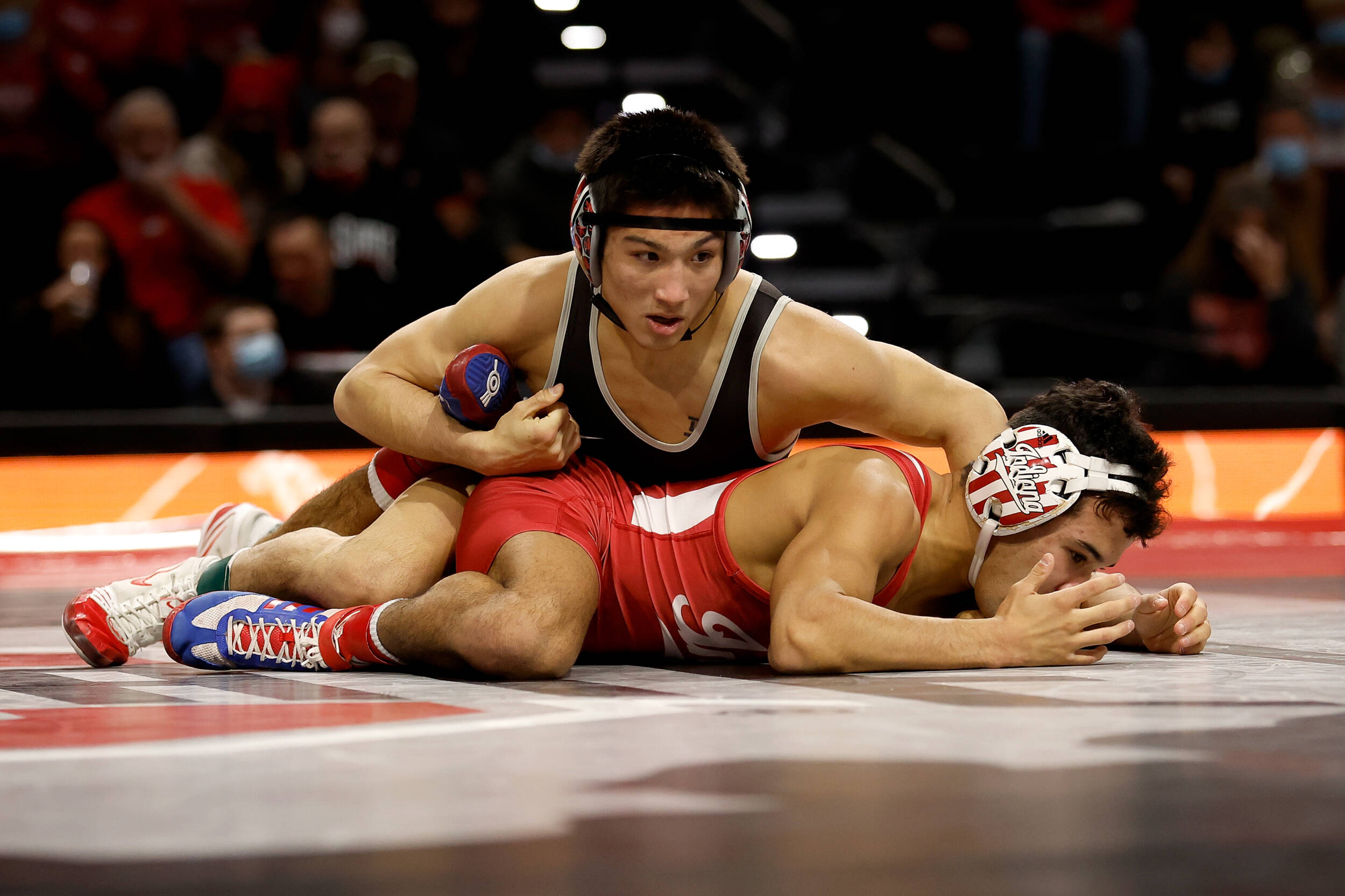 In this article, Buckeye Sports Bulletin previews two of the eight wrestlers to compete at the NCAA Championships. We start with Heinselman and D’Emilio.

Heinselman qualified for his fourth consecutive NCAA Championships after taking fifth at the Big Tens. He claimed the No. 12 seed at the national tournament and will face No. 21 Taylor LaMont of Utah Valley State in the first round.

Last season, LaMont earned All-American honors for his fifth-place finish as the No. 7 seed at the national tournament. Despite starting his collegiate career in 2016-17, LaMont is only a redshirt junior according to his eligibility.

Ohio State assistant coach J Jaggers said LaMont will be a significant threat for Heinselman in the first round. He told the media on March 15 that the Buckeye coaching staff has had the 125-pound matchup circled for a while, recognizing that Heinselman needs to make a deep run if the team wants to hoist a championship trophy.

“When you draw the No. 12 seed you typically don’t expect to draw a returning All-American,” Jaggers said. “It’s a lot about execution for Malik. All of the game plans are great, but our practice and training can only go so far. You have to execute. Competitions never feel exactly like how you practice.

“He has to be ready. It will be an interesting matchup, so we’ll see what happens. The No. 12 and No. 21 seeds are close together, which means that they are relatively even in strength. This match will be all about who can execute in the critical moments.”

Heinselman went 20-5 this year and has a 73-34 record in his four collegiate seasons. The Castle Rock, Colo., native has a 2-4 mark at the NCAA Championships after finishing 1-2 in both appearances. The 2020 tournament did not take place because of the pandemic.

“Malik’s been there before,” Jaggers said. “We don’t really have a leg up on (LaMont) because he’s old, too. Last year, Malik made one mistake that cost him a match. One mistake in that opening-round match against Penn State (wrestler Robert Howard) cost him. He tried to shoot too high on the armpit and the guys stepped him into a reversal and then back points. Against somebody as good as Howard that won’t work. It will all be about execution and wrestling mistake-free. If he can do that, he’ll be good.”

D’Emilio will make his second NCAA Championship appearance this season after finishing fifth at the Big Ten Championships. He is the No. 17 seed at 141 pounds and will face No. 16 Quinn Kinner of Rider in the first round.

Jaggers said Kinner is familiar with D’Emilio’s strengths and weaknesses. After all, Kinner is a former Buckeye, and he wrestled D’Emilio every day in practice during the 2019-20 season. He transferred to Rider after that season.

“I always say the wrestling bracket gods have a funny sense of humor sometimes pairing former teammates in the first round,” Jaggers said. “There might not be another wrestler in the tournament that we are more familiar with because he was on our team and we recruited him. He and Dylan were teammates and they were friends.

“We’re happy for Quinn. He’s resurrected his wrestling career and he’s wrestling well. He’s had some close matches where he’s looked strong and stingy. He’s a competitor and very talented at what he does.”

Kinner finished the 2021-22 season with an 18-6 and a 9-4 (6-1 MAC) mark in dual competitions. He won all four of his matches in the MAC Tournament to win the 141-pound championship and qualify for the NCAA Tournament.

D’Emilio is 30-17 in a Buckeye uniform. He went 20-9 this season after starting the year as a backup to Jordan Decatur. In last year’s national tournament, D’Emilio impressed at the national tournament as the No. 30 seed, claiming a 2-2 record in four matches.

“Like Malik’s match, this one will come down to who executes better,” Jaggers said. “Dylan is trending in the right direction. He’s really gotten back to who he is as a wrestler. He’s been a lot diligent on top and wearing guys out so he can move to his attack. That was his frustration at the Big Ten Tournament because he wasted some periods attacking. He was getting his legs and guys were strong enough to hold him off. He wasn’t finishing well.

“He has to give himself chances to score. Dylan can’t wait until the third period to do that. If you don’t figure it out, it could be too late. We want to see him get out to his attack early first period. If the opponent brings a problem to his finishing, he can kind of feel it and work through it, navigating to the situation. If he can convert even two of his 10 attempts he should succeed. He just needs to take more swing.s”