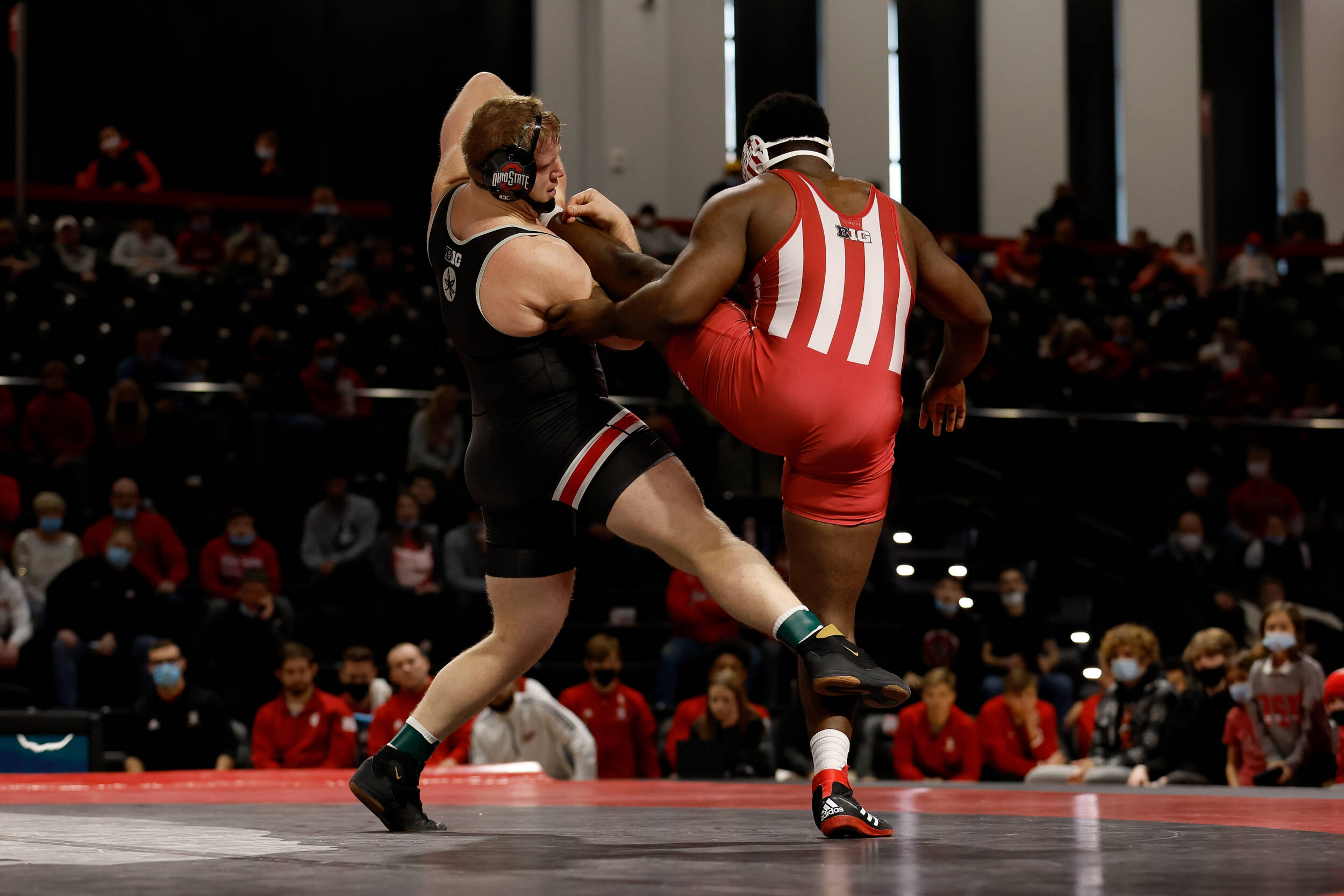 In this article, Buckeye Sports Bulletin previews two of the eight wrestlers to compete at the NCAA Championships. We continue with Hoffman and Orndorff.

Hoffman finished eighth at the Big Ten Championships to qualify for his first-career NCAA tournament. In the first round, he will open at the No. 21 seed and face No. 12 Tanner Sloan of South Dakota.

“Gavin’s been around the program for a long time, but this will be his first nationals,” Ryan said. “He belonged there last year. You get many blessings from the Big Ten opponents you face during the season because it’s a real challenge. In the Big Ten, we are beating each other up so you can qualify guys that might not have as impressive records. Each weekend you face the top-ranked wrestlers, so losing close isn’t that bad in the committee’s eyes.

“For Gavin, he had a lot of challenges this year with how his class at the top seeds. Gavin had the No. 1 seed (Max Dean) in a position where he could win. For some reason, the ref stopped it, and we didn’t get the call. He probably had a 90 percent chance to get two points, but the ref called it potentially dangerous. Gavin will have to win some tough, gritty matches at nationals, but we feel confident he can do that. We’re excited for him and the work he’s put in.”

On March 15, the Ohio State coaching staff and a collection of seven current “black shirts” added Hoffman to the distinguished club. He had been the only NCAA qualifier without the black threads in his locker but will represent the Buckeyes as one of the eight black shirts to reach the national tournament.

“We’re super proud of Gavin and his development,” Ohio State assistant J Jaggers said. “He didn’t qualify for the national tournament last year. This year, though, he is the No. 21 seed. Because everyone came back (with extra eligibility), it’s the same field.

“We often get too focused on national champions and use that as a metric for success. If that’s your metric, there are only 10 successful wrestlers this year. Hoffman found solace in not making the tournament last year but making it this season. That’s a big jump.”

The Montoursville, Penn., native went 13-10 with a 6-5 (4-4 Big Ten) dual record, recording two major decisions and one technical fall this season. Jaggers said Hoffman’s energy in Ohio State’s biggest matches provided a significant boost for the Buckeyes’ 10 starters. Despite wrestling in one of the Big Ten’s most difficult divisions, Hoffman always brought a fire that his teammates could bring to their bouts.

“Gavin’s developed in a weight class with a lot of talented wrestlers, and Gavin is one of them,” Jaggers said. “The level from No. 1 to No. 33 in that bracket is not wide at all. It’s pretty wide open. Gavin’s matches will come down to execution. Who can clutch up in the big moments and execute their takedowns at the end of a period? Who can make sure they don’t end the period on the bottom? If he can do those things, he’ll be successful. I don’t know what his ceiling is, but know Gavin wants to be on that podium.”

Orndorff will make his fourth NCAA Championship appearance this season and second as a Buckeye. Last year, he was an All-American with an eighth-place finish as the No. 21 seed. At Utah Valley State, Orndorff went 2-2 in 2019 and was the No. 8 seed at the 2020 tournament.

After a 16-9 record in the regular season, he will be the No. 13-seed and wrestle No. 20 Joe Doyle (16-9) of Binghamton in the first round. Orndorff looks poised to make another deep run at NCAAs after he faced several top-ranked opponents at the Big Ten tournament, including Minnesota’s Gable Stevenson — the eventual heavyweight champion and a national favorite at 285 pounds.

“Tate has to finish some takedowns at NCAAs,” Jaggers said. “Besides the Stevenson match, he finished his takedowns and won. The one that jumps out to me is the Nebraska match (against Christian Lance) because he had opportunities. He had the guy’s leg in the air two or three times in a tie match in the third period and couldn’t finish.

“He has to be deliberate with his finishes and focused enough to convert. If he can convert, he can get to the legs in a couple of different ways. Once he gets there, he has to make sure that rest is tight and he finishes takedowns.”

There are six Big Ten wrestlers ranked in front of Orndorff at the national tournament, including Stevenson (No. 1 seed), Iowa’s Tony Cassiopi (No. 3), Penn State’s Greg Kerkvliet (No. 4), Michigan’s Mason Parris (No. 7), Northwestern’s Lucas Davison (No. 9) and Lance (No. 12), which means he will be well prepared for NCAAs after a long conference dual season.

“There are some pretty high-level guys coming out of this bracket,” Jaggers said. “Tate’s got some things that can muddy the waters for those guys and stress them out. He can get himself into positions that can benefit him. It’s all about execution. It will come down to who executes in that division. Whoever does it best will come out on top. Upsets happen. Hopefully, we are on the good end of those.”