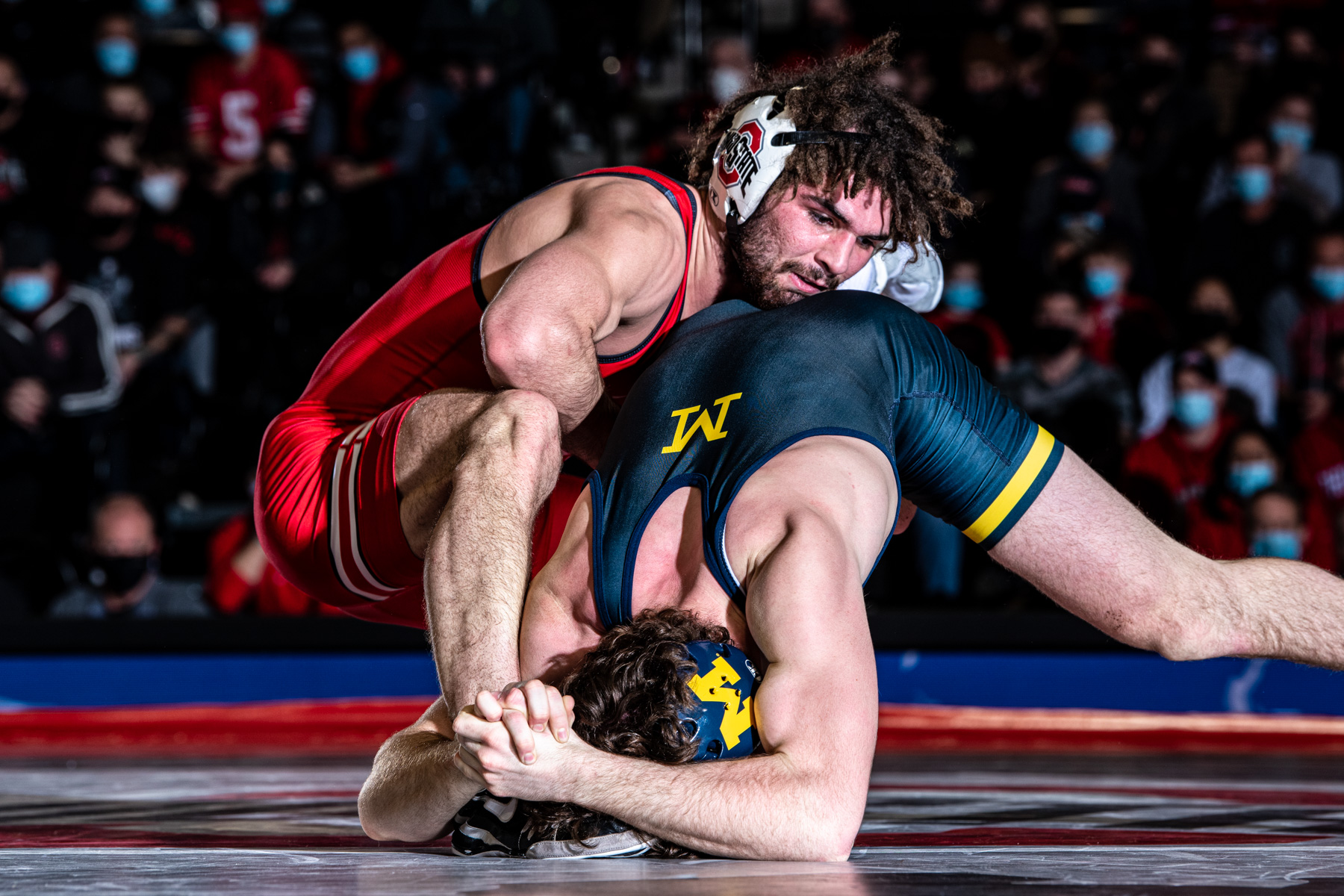 D’Emilio impressed the Ohio State coaching staff last season after becoming an NCAA qualifier at 141 pounds. He represented the Buckeyes at the previous year’s Big Ten Championships, finishing ninth out of 14 participants. The redshirt freshman had a 10-8 record that year with a pair of wins over ranked opponents, including a major decision over then-No. 28 Parker Filius of Purdue.

This season, D’Emilio began the year as the preseason No. 20 wrestler in his class by InterMat. However, junior Jordan Decatur started at 141 in Ohio State’s season-opening dual against North Carolina, losing 3-1 in sudden victory. Head coach Tom Ryan revealed that Decatur suffered an injury in training soon after that match, leaving the weight wide open for D’Emilio to claim.

D’Emilio battled with sophomore Anthony Echemendia for the spot, but the latter was dismissed from the program after he was arrested for the felonious assault of his wife. With Decatur injured and Echemendia no longer on the team, D’Emilio was the only wrestler left at 141.

The Curtice, Ohio, native, finished 16-7 with a 6-4 dual (3-4 Big Ten) record in 2021-22. He holds a plus-24 point differential over his opponents entering the conference tournament, claiming three major decisions, two technical falls and five pins, which ties for the team lead along with Jashon Hubbard and Fritz Schierl.

“We thought Dylan could have been the No. 6 seed this year,” Ryan said. “He’s going to be in some real wars. If you’re not ready for war and your mind isn’t ready, then you’re not preparing for what’s actually going to happen. He needs to prepare like he’ll be up one (point) with 30 seconds to go and also like he’ll be down one with 30 seconds to go. Anything can happen in these tournaments and that shouldn’t surprise anyone.”

Sasso took home a Big Ten championship last season after running the table in the conference tournament. After finishing the regular season undefeated, he earned a first-round bye as the No. 1 seed. In the final round, Sasso defeated Michigan State’s Peyton Omania and Michigan’s Kanen Storr before facing Nebraska’s No. 7-seeded Ridge Lovett.

Against Lovett, Sasso scored a late takedown in the first period before earning an escape and a reversal in the second to take a commanding 5-2 lead. Lovett held the riding-time point heading into the final frame, but Sasso battled back to ensure that the Nebraska wrestler wouldn’t walk away with any extra points.

The Nazareth, Penn., native, became the first Buckeye to win a Big Ten title at 149 pounds since Lance Palmer in 2010. After the match, he told the Big Ten Network that he is proud to be a Buckeye and asked future recruits to join the Ohio State wrestling program to win a team championship together.

“I love this program, and I love everybody in it,” he said. “I’m going to keep trying to do my best and start a new legacy here at Ohio State and start winning team titles, so I’m always trying to get young savages from high school to come to be a part of what we got here. It’s something special at Ohio State.”

Sasso was 19-1 during the 2021-22 season with a 12-0 record in duals. He led all Ohio State wrestlers with seven wins against Intermat top-25 opponents. He was third on the team behind Carson Kharchla (plus-83) and Ethan Smith (plus-67)with a plus-59 point differential over his 20 opponents. He earned the top seed in the 149-pound class of the conference.

“This is what you work for,” Sasso told BSB on March 2. “The season is fun and the season is tough, but now we are feeling the good stuff. It’s time to go. Let it fly and wrestle as hard as we can this weekend.”

When asked about Sasso’s mentality this season, Ryan said the fourth-year junior had displayed newfound contentment in his life, leading to positive results on the mat.

“Sammy has such a passion to win,” Ryan said. “I think the most important thing that he’s doing this season compared to others is that he’s finding some sort of tranquility in his life. He was the best guy last year, and he proved that in the Big Ten. He should’ve won the national tournament, too.

“He’s learning to enjoy life. His life isn’t solely winning this tournament or the next one. He has said that a lot to the team (in the past), but I’m not sure he ever believed that. Now he is starting to believe that. He has every intent to win the postseason tournaments. If he doesn’t, he will be very disappointed, but he’s more than that. I think life’s been good for him.”

Sasso is ready and willing to lead his team into the conference tournament this weekend, sending a call to his teammates that Ohio State has won the Big Ten Championships before and that they are capable of winning a title again this season.

“The way this team competes — the guys are fighting and wrestling hard whenever they step out there,” he said. “The Big Ten is tough. It’s not for everybody. You won’t win all the time because every opponent you face is tough. You need that toughness to keep improving every time you step out on the mat. I think our guys are doing that, and I think we are peaking at the right time. They’re going to perform to the best of their ability this postseason.”