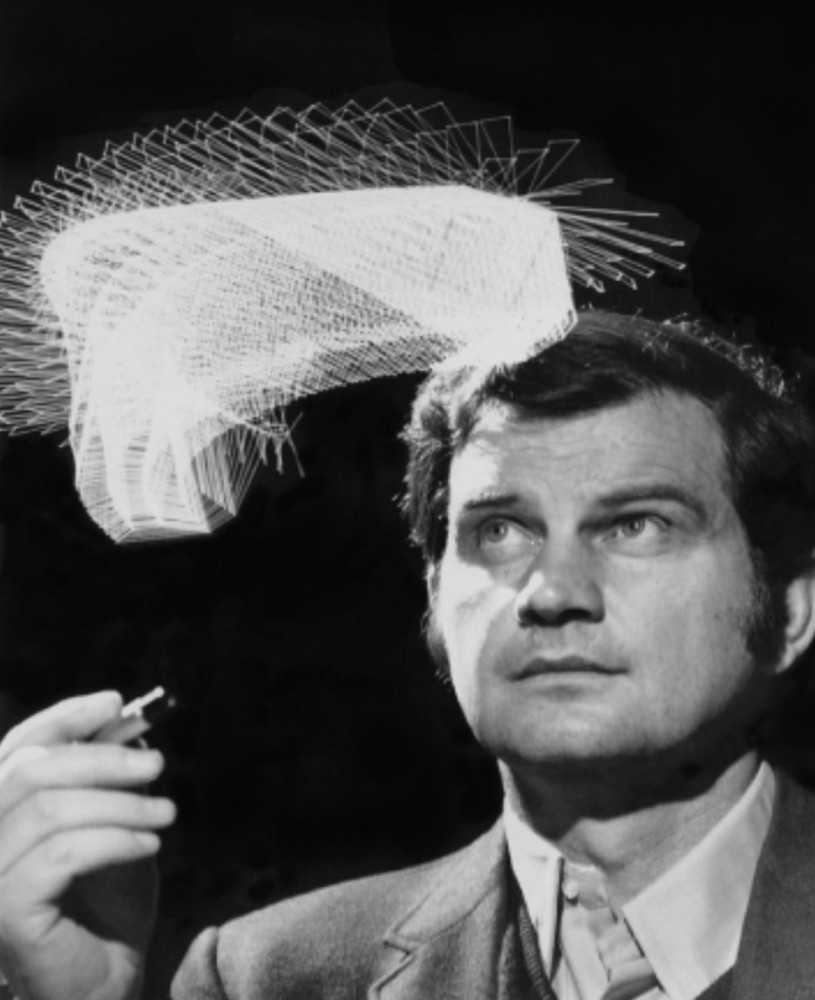 “The Ohio State University mourns the loss of world-renowned artist, long-time faculty member and pioneer of digital art Charles “Chuck” Csuri, who passed peacefully in Lakewood Ranch, Florida, on Sunday at the age of 99,” the school shared on its news page. “Csuri is remembered as a true renaissance man whose lifetime of achievement epitomized the American Dream.”

Csuri made a name for himself in Columbus first as a football player, leading the Buckeyes to a national title in 1942 and earning praise as the “perfect tackle” from head coach Paul Brown. He was an All-American in 1942 and served as Ohio State’s captain in 1943. His efforts were rewarded when the Chicago Cardinals drafted him in 1944, but he declined the professional level so that he could serve the United States in World War II, joining the Army in 1943 and serving through 1946 – where he’d receive a Bronze Star for heroism.

But it was his career after his time at Ohio State and in the military that earned him international acclaim. He returned to Columbus at the conclusion of his military career to obtain a master’s degree in fine art, sticking around for the next 40 years as a professor of art education. While serving in that role, Csuri worked to form the Advanced Computing Center for the Arts and Design (ACCAD), while co-founding the Ohio Supercomputer Center and one of the world’s first computer animation companies, Cranston/Csuri Productions.

“Professor Csuri was a visionary. His work placed Ohio State at the center of the development of the field of computer graphics. He created unimaginable opportunities and experiences in the field for his students,” said Maria Palazzi, professor of design and director of ACCAD. “Most impressively, Chuck conceived of and created a truly collaborative and multidisciplinary approach to making computer graphics, centering the artist alongside the scientist. This is the community he built for his students at CGRG and later at ACCAD, and that they have taken out into the world.”

His work in the space of digital art is considered groundbreaking and foundational for digital art, but his influence stretched far beyond that. He’s been dubbed the father of computer art by the Smithsonian and a pioneer for modern computer technology. His works are on display in the Museum of Modern Art, the Victoria and Albert Museum and the Zagreb Museum of Contemporary Art.

“Professor Csuri was a pillar in the Ohio State community and truly epitomized the Greatest Generation,” said President Kristina M. Johnson. “From his time as a football captain and national champion to his groundbreaking work as a professor, he exemplified the Buckeye spirit of innovation and excellence. I admired him greatly. He led an incredibly full life, and his prolific accomplishments have been, and will continue to be, a source of endless inspiration for inventors, artists and leaders around the world.”

He received the Ohio Governor’s Award for the Arts in 2000, as well as Ohio State’s Joseph Sullivant Medal. He receiver the Award for Lifetime Achievement in Digital Art by ACM SIGGRAPH, the Association for Computing Machinery in 2011, and the Distinguished Alumni Achievement Award from the Ohio State College of Arts and Sciences in 2014.

“The College of Arts and Sciences joins in celebrating the remarkable life of Chuck Csuri,” said David Horn, the interim executive dean of the College of Arts and Sciences. “His pioneering research established ACCAD as a national leader in integrating art, design and technology, and made career-defining experiences possible for generations of faculty and students. The communities in which he worked will miss his creative spark.”

Csuri is survived by daughter Caroline and granddaughters Hannah and Emily Reagh. His wife of 70 years, artist Lee Csuri, passed in 2019, as did their son Steven in 2018.