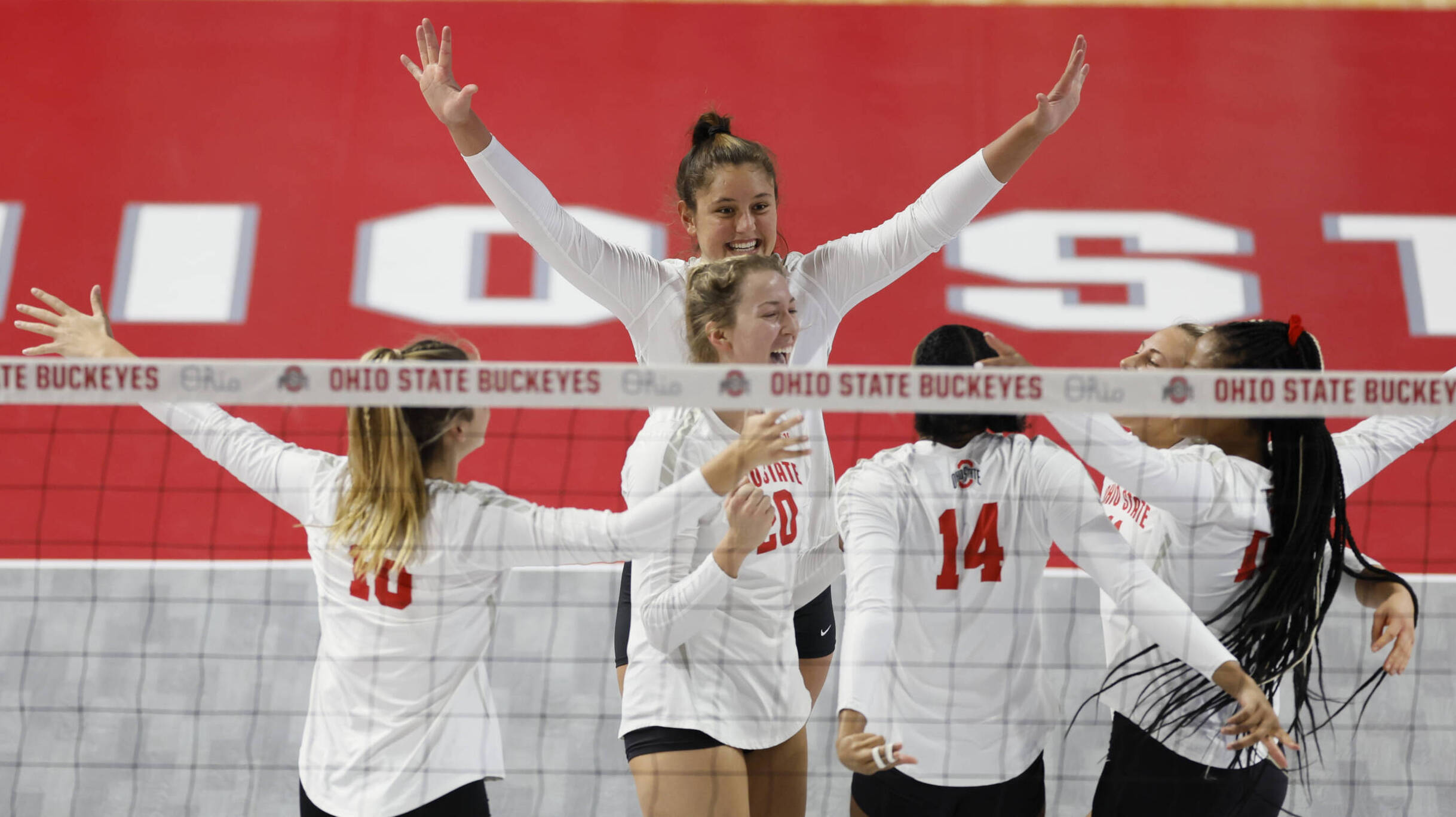 “That’s pretty cool,” head coach Jen Flynn Oldenberg said. “Those are things I don’t really think about, but it’s important for our program. It sets the tone for what we want to do and what we want to accomplish, not only this year but in future years. It’s exciting. It’s a good start.”

The No. 9 Buckeyes had their best serving performance of the season with 12 service aces, surpassing the team’s previous season-high of seven. Ohio State’s defense forced an opponent to hit in the red for the second time this season as Howard hit -.012 on the match. In contrast, the OSU offense committed a season-low six attack errors.

Ohio State opened the match’s scoring on a Howard error and took the early 1-0 advantage — a crucial step in calming the nerves of the Buckeye players, junior outside hitter Jenaisya Moore said.

“I think the first touch is always important,” Moore said. “We try to slow things down for ourselves, but once we have that rhythm, we keep our foot on the gas and didn’t look back. We focused a lot on serve and pass and it’s really important for our game plan.”

Howard responded, battling to tie the set at six and seven. However, the Buckeyes scored four-unanswered points and put together a 7-1 run to take a 13-8 lead, claiming a 15-9 advantage at the media timeout. The Bison called a timeout as Ohio State led 19-10 after another brief run.

Still, the Buckeyes shut the door coming out of the break, surging to a 25-12 set win with four-straight points and sealed it on a block by Arica Davis and Mac Podraza.

Howard scored first in the second set, but Ohio State immediately responded. The Buckeyes forced a Bison timeout at 6-2 and followed it up with a 7-1 run after the stoppage to take a 13-4 lead. OSU was up 16-5 as Howard called its second timeout of the set.

The Buckeyes ended the 25-7 set victory with a 6-0 run on a Howard attack error.

The Bison scored first again in the third set before the Buckeyes rattled off the next three points and went on a 9-1 run to take a 9-2 lead. The Bison took a timeout as the Buckeyes led by a 10-point margin, 13-3. The teams traded points midway through the set, but OSU maintained a double-digit lead at 20-8. Ohio State earned the sweep with a 25-10 set win on a kill from Rylee Rader.

“I think we stuck to our game plan,” Podraza said. “We always talk about how it’s the tournament and it can be anybody’s game so don’t underestimate our opponent and I think we did a good job of that and ultimately helped us come out on top.”

The Buckeyes advance to the second round of the NCAA Tournament and will face Tennessee on Saturday evening at 6 p.m. inside the Covelli Center.