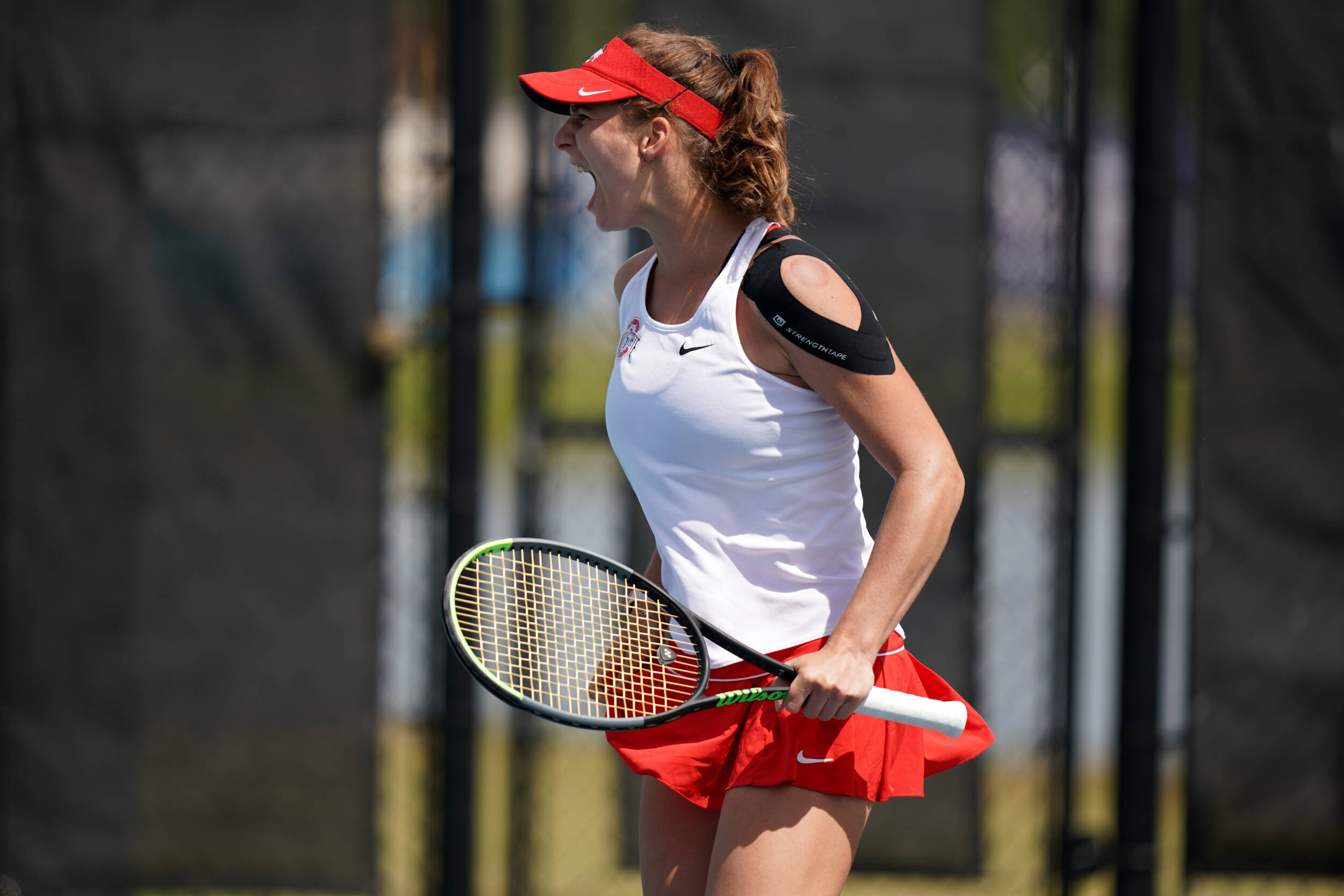 Because she finished at No. 14 in the ITA singles rankings, she reached one of the three requirements needed to qualify for All-American status (everyone in the final top 20, the top 16 seeds in the singles bracket and any player that advances to the round of 16 qualify for the honors).