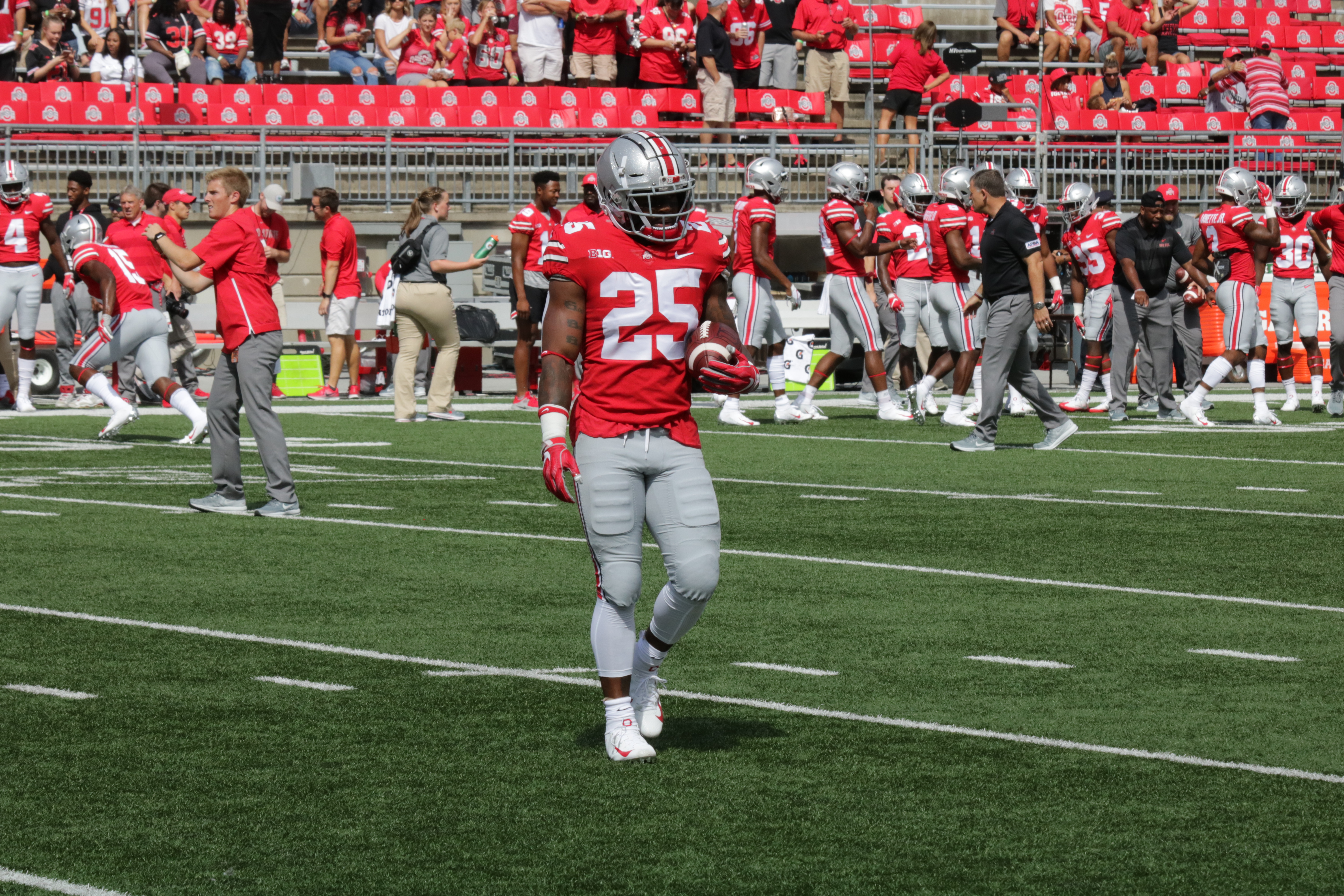 Weber was signed to Green Bay’s practice squad on Nov. 11, 2020 after another running back, Dexter Williams, was placed on injured reserve.

Prior to his time on the Packers, Weber was with the Kansas City Chiefs practice squad, where he was part of a team that won Super Bowl LIV with a 31-20 victory over the Los Angeles Rams. He was cut on May 4, 2020 after the Chiefs drafted LSU running back Clyde Edwards-Helaire in the first round.

Weber was initially drafted by the Dallas Cowboys in the seventh round with pick No. 218 of the 2019 NFL Draft. He was ultimately waived and sent to the practice squad before being his contract there expired on Jan. 6, 2020.

The former four-star prospect broke onto the collegiate scene in his redshirt freshman season at Ohio State in 2016. There, he rushed for 1,096 yards and six touchdowns on 6.0 yards per carry. He finished his collegiate career with 2,973 total yards and 25 total touchdowns while splitting time with J.K. Dobbins.