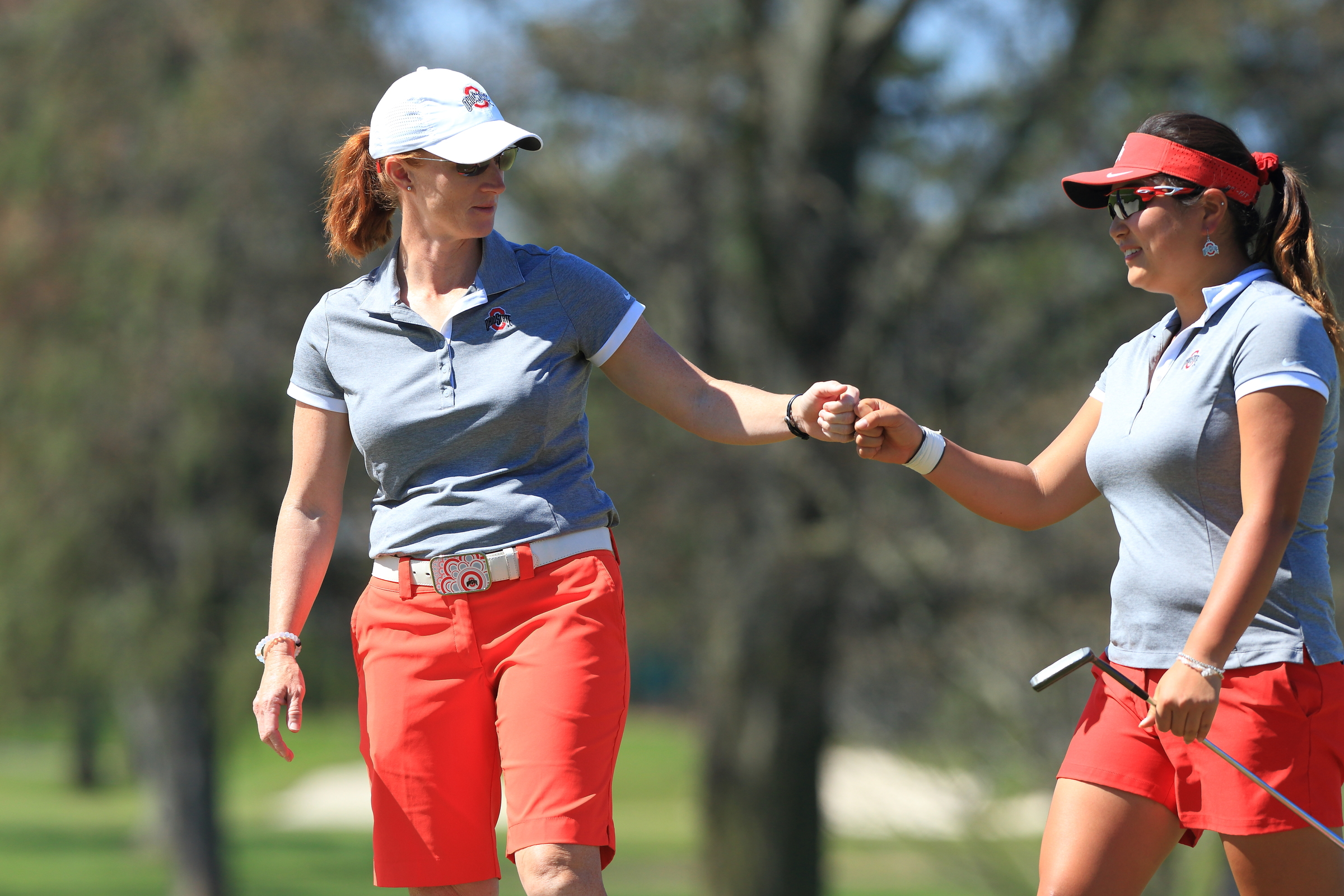 Lisa Strom’s career has been full of new beginnings.

After starting her Ohio State coaching career last summer, Strom will take on a different task this offseason when she begins her two-year term as the Women’s Golf Coaches Association president.

“What a great honor it is to serve as the next president of the WGCA,” Strom said. “Following in the footsteps of so many colleagues that I respect is a huge responsibility. I am passionate about growing our organization and the sport of women’s golf. I look forward to working with our membership and Board of Directors as we continue to evolve with the ever-changing landscape of college athletics.”

This year, Strom has more responsibility as the organization’s president and member of the Board of Directors. Her promotion comes after serving as the WGCA’s Division I director in 2020-21 and the vice president in 2021-22.

Strom expressed gratitude for the people who led the WGCA with her and before her. Without them, Strom said women’s collegiate golf could have taken a turn for the worse during and after the pandemic.

“Thank you to Angie Ravioli-Larkin for her leadership as President through the pandemic over the past two years,” Strom said. “Despite many uncertainties, she led with her heart and always kept the best interest of the organization at the forefront when making decisions. Thank you to Todd Oehrlein for his service on the board. We are grateful for his wisdom and thoughtfulness while leading the WGCA.

“I look forward to serving alongside a dynamic Board of Directors,” Strom said. “I appreciate their willingness to dedicate their time to making our organization better and stronger.”

In her first season as head coach, Strom led Ohio State to the NCAA Tournament after a third-place finish at the Big Ten Championship. Her squad won the Lady Buckeye Invitational and finished in the top 9 in seven of 10 events, including the last four tournaments of the spring season.

Strom golfed at Ohio State from 1995-99 and was a two-time All-Big ten golfer. She earned a first-place finish at the NCAA East Regional Championship and was a member of the 1999 Big Ten Championship team. Strom graduated with a degree in exercise science in 2000.

After a brief professional career, Strom returned as an assistant coach from 2011-16. Under former head coach and director of golf Therese Hession, Strom helped guide the Buckeyes to six straight NCAA Regional appearances and four trips to the NCAA Tournament (2011, 2012, 2014 and 2016). She also played a crucial part in helping those teams collect nine tournament victories, including three Big Ten Championship titles.