Wilson: Position Change Could Be Incoming For Cade Stover 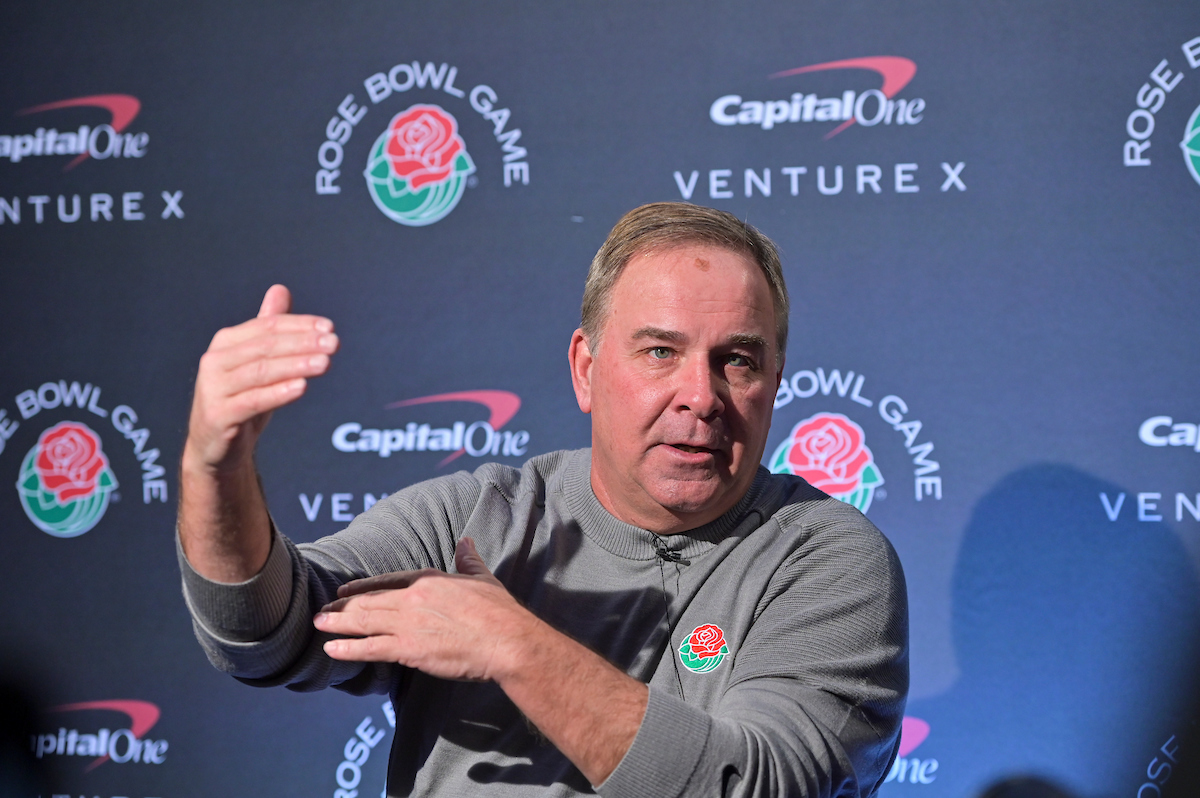 Cade Stover could be on the move again. For the fourth time in three years at Ohio State, the Mansfield, Ohio product is trying his hand at a new position as the Buckeyes prepare for their Rose Bowl matchup with Utah, and this time, the former four-star is right back where he started.

After he was recruited to Ohio State as an outside linebacker, Stover quickly jumped down to defensive end shortly after his arrival. He worked there for his first season in 2019, before he jumped to tight end in 2020 with the Buckeyes facing a shortage of depth behind Jeremy Ruckert and Luke Farrell following the departure of Rashod Berry.

When Farrell and Jake Hausmann finished their Ohio State careers at the end of the 2020 campaign, Stover slid into the No. 2 tight end spot in behind Ruckert where he served this season, working largely as a blocker but hauling in five receptions for 76 yards while playing in all 12 of Ohio State’s games.

Now, with Ruckert, fullback Mitch Rossi and the pairing of redshirt freshman Joe Royer and redshirt freshman Gee Scott Jr. coming on strong, the Buckeyes are looking to take advantage of their newfound depth at tight end. In those bowl practices, they’ve looked into moving Stover back to linebacker, where Ruckert says his teammate is most comfortable – and where the Buckeyes are suddenly lacking in bodies after several in-season transfers and injuries to major contributors like Cody Simon, who did not practice in the time that media was allowed to watch on Dec. 28 or 29.

“We’ve gone against each other in practice a lot,” Ruckert said. “He loves it over there, seems like he’s home over there, back where he belongs. And practices are fun with us going at it talking smack good to see him enjoying it again. He loved playing tight end but I think linebacker is really where he wants to be. And we’re excited to see that. And hopefully, these young tight ends can step up because they’re doing a great job.”

Stover, now donning No. 5 in practice, has spent his time in the Sam linebacker spot alongside entrenched starter Steele Chambers, offering Ohio State a bit of a new look at the position in general. Even with only two linebackers, the Buckeyes have tried to keep a middle linebacker on the field in either Tommy Eichenberg or Simon. With the latter not expected to play, the former likely gets the starting nod with Chambers, but Stover could see looks with his fellow convert in Chambers when Ohio State is looking for a bit more versatility.

As for the long-term implications of this move? The Buckeyes aren’t yet ready to think that far out.

“I asked the defensive guys,” offensive coordinator and tight ends coach Kevin Wilson told media Dec. 29. “We thought they were a little bit shy of some body types with a couple of injuries. And with Jeremy and Mitch – Joe Royer has really come on very, very well too, he’ll be the third – (we have the guys). As a matter of fact, (Joe) is technically the second tight end in this game with Mitch being the fullback, and we’ve got Gee Scott Jr. too. We thought we had enough guys to manage a one-week deal, and we’ll see how this goes.”

Stover’s future position could come down to recruiting numbers incoming. For now, though, the focus is just on getting a new look for a player who Ohio State would really like to get onto the field more.

“With recruiting, we can decide then what moves have to happen,” Wilson said. “I’ve had a lot of fun with it because I love him. I do everything I can to give him as much grief as I can because, when I love you, I like to grief you a little bit. I’ve got a lot of respect for him.

“He’s brought a lot of energy. When you say how’s practice been, he’s brought a lot of energy to the defense. I think playing offense helped him understand some offensive looks of what’s going on, so his anticipation looks better. He’s practiced well. Defensive guys want to use him. It’s been fun going against him. We personally look each other up and have a little fun with each other during practice. It has been really good.”

Interestingly enough, Wilson eschewed the traditional coaching wisdom in talking about what could go into making the final decision for Stover’s future, as he did several times throughout his chat with media. He said that a big part in the choice will be Stover’s preference, which he wants to place as the top priority. There’s room at tight end for a move into a starting role next season, but if Stover’s preference is on the defensive side of the ball, Wilson doesn’t want to deprive him of that if the numbers allow it.

“And now as we finish this game up, after a quick break, we’ll get into January and start getting a plan for spring. I do think we’re getting to a point where we need to get direction for him so he can have high success. Whether that be he’s coming back and going to be a tight end. With Jeremy and Mitch being seniors, there’s going to be a great opportunity at tight end.

“But right now, there’s a little bit of void at linebacker, and there’s an opportunity there. I will say this, I think he loves playing over there and brings a lot of energy and a lot of fun. I think he’s been good for the defense in this short period of time. Coach will talk about what’s best for the team. Personally, I want what’s best for Cade. He’s one of my favorite guys on the whole team. He’s been a pleasure to coach. Selfishly, I’d like to coach him, but I want to do what’s best for Cade Stover.”