Will Justin Fields Be A Top-Five Pick? 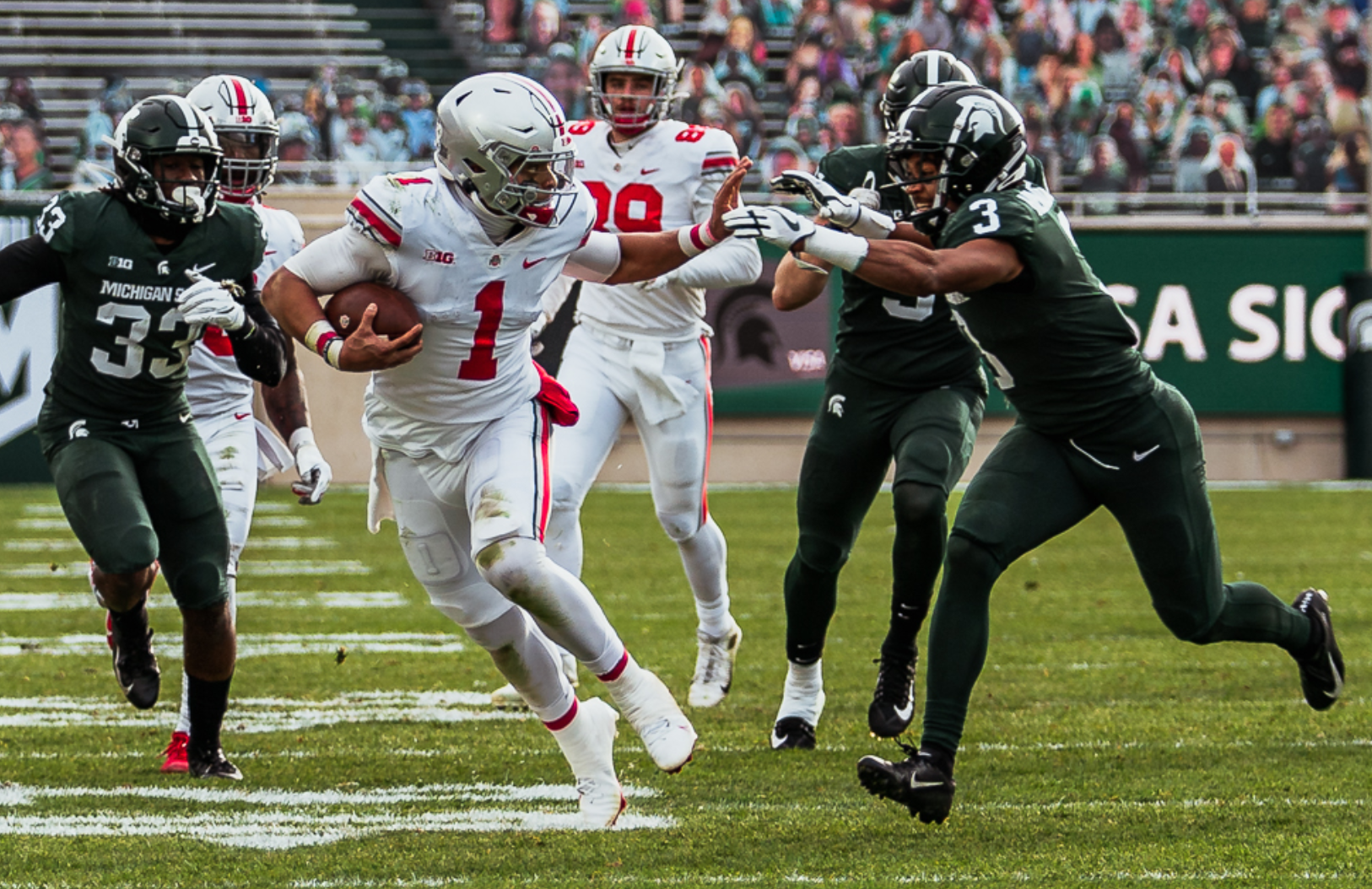 With the 2021 NFL Draft looming, Jacksonville Jaguars coach Urban Meyer floated the idea of taking Ohio State quarterback Justin Fields or BYU signal caller Zach Wilson. However, both analysts and Vegas believe that they will take Clemson QB Trevor Lawrence with the No. 1 selection Thursday night.

After that, again, the odds and analysts agree. It’s expected that the New York Jets will select Wilson at No. 2.

Once the No. 4 pick rolls around, though, there is less consensus.

To be drafted anywhere in the top five, Fields (+125) is considered an underdog to Pitts (-500), Jones (-400), LSU wide receiver Ja’Marr Chase (-200), Lance (even) and Oregon offensive tackle Penei Sewell (+115). The Cincinnati Bengals are currently the owner of the fifth overall pick.

There is so much debate about Fields, Bovada gives you the same payout if Fields goes to the 49ers, the New England Patriots, or the Carolina Panthers. You can even wager that Fields will fall out of the first round, although that is thought to be so unlikely, a $100 bet would net you $1000 in profit.

Even less likely is that Ohio State’s Trey Sermon will be the first running back taken, but if that is indeed the case, you will earn a profit of $5000 on a $100 bet.

The draft starts at 8 p.m. April 29 and is being held in Cleveland, Ohio.