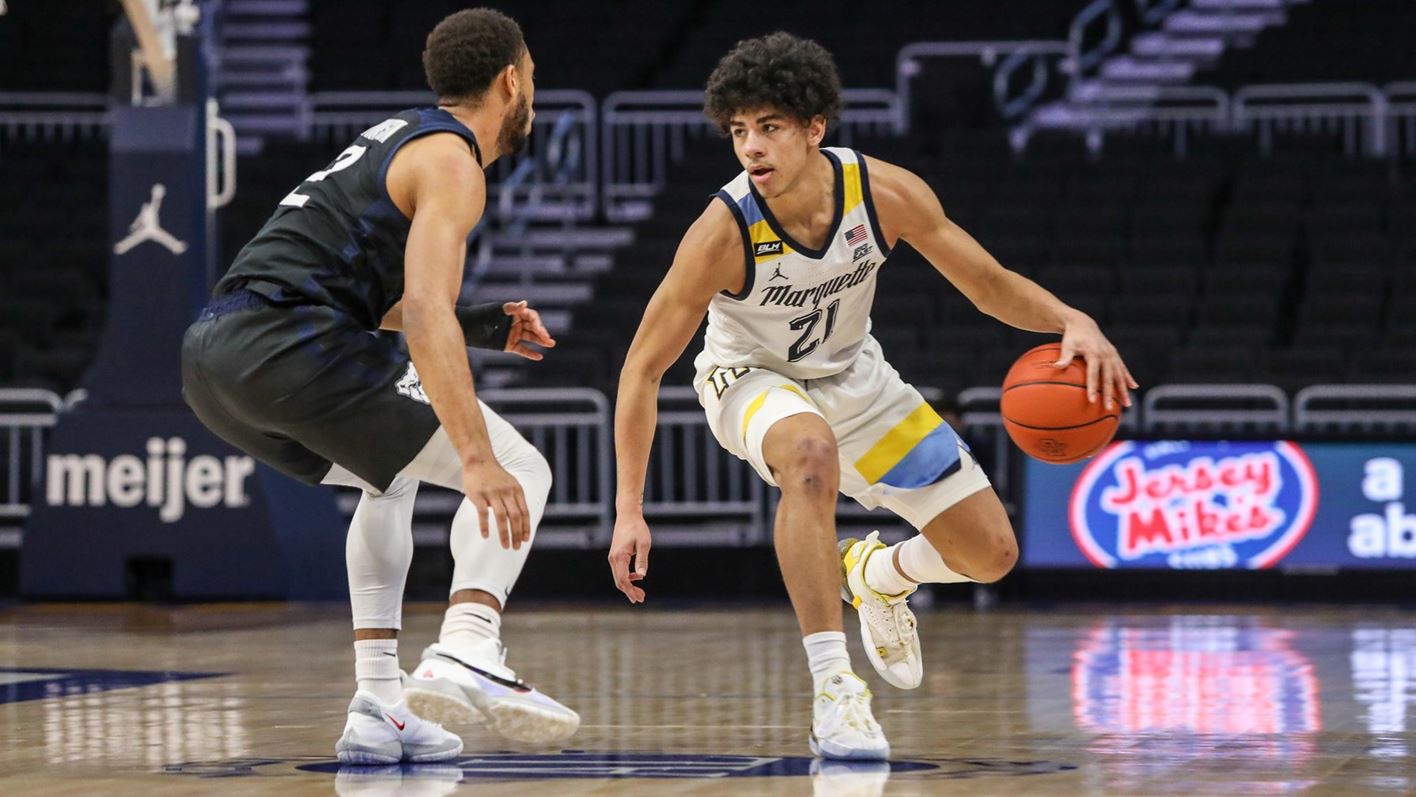 After one season at Ohio State and another at Marquette, D.J. Carton appears to be off to playing professionally, entering his name in the NBA Draft and hiring an agent, ending his college eligibility.

“I would like to thank Marquette University, Coach (Shaka) Smart and my teammates for their support throughout my decision process,” Carton said in the statement. “I will be putting my name in for consideration in the 2021 NBA Draft and hiring an agent.  I am thankful for the opportunity and looking forward to the next step in my career.”

Carton impressed in his lone season with the Golden Eagles, despite Marquette finishing with just a 13-14 record. The second-year guard out of Bettendorf, Iowa led the team with 13.0 points, 4.1 rebounds and 3.4 assists per game while shooting 44.6 percent from the field.

In his lone season with the Buckeyes, Carton finished with 10.4 points and 3.0 assists per contest. He also shot the ball well, connecting on 47.7 percent of his attempts overall and 40.0 percent from three on 3.0 attempts per game before transferring to the Golden Eagles.

Carton leaves before getting to work with Smart, who took over as Marquette head coach this offseason after six seasons at Texas.

“We fully support D.J.’s decision and wish him all the best as he pursues his professional career,” Smart said. “We have enjoyed getting to know him over the past few weeks and we appreciate his contributions to the program.”