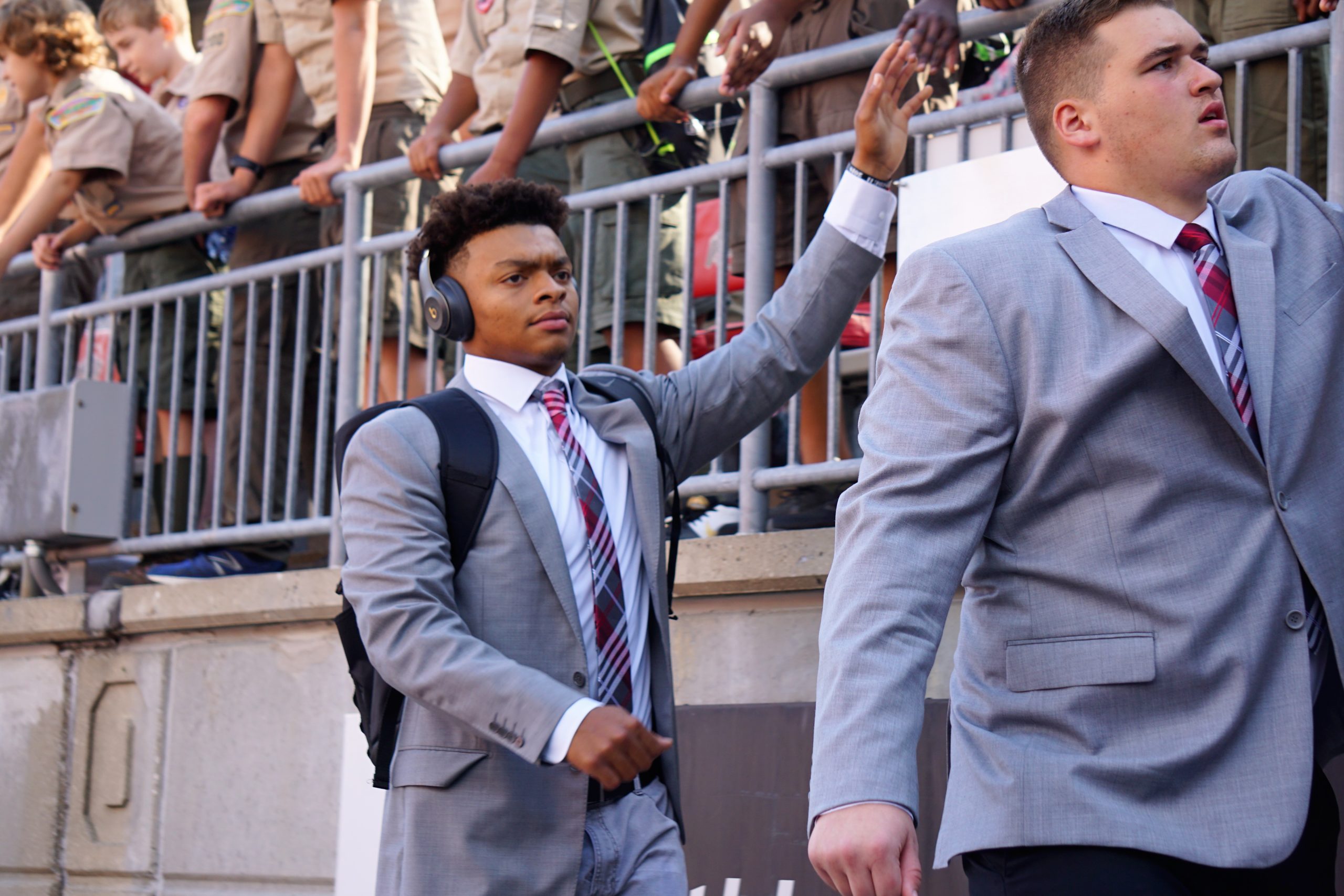 Ian Rapoport of the NFL Network reported that the San Francisco 49ers don’t even have a passing interest in taking Justin Fields with the No. 3 pick in the upcoming draft.

According to his sources, they are focused on either Alabama quarterback Mac Jones or North Dakota State’s Trey Lance rather than the former Buckeye signal caller.

Obviously, Rapoport is not naming his sources, but in addition to the reporter speaking regularly to NFL teams, Jones and Lance are both represented by the same agency – CAA Sports.

If San Francisco does indeed go that direction, that could open the door to the New England Patriots selecting Fields.

NFL reporter Tom Pelissero says the team is calling around, exploring what it would take in order to trade up and make that happen.

Currently, the Patriots own the No. 15 pick.

Senior Bowl executive director, former NFL scout, and ESPN draft analyst Jim Nagy says there are lot of teams that see former Buckeye linebacker Pete Werner as a possible first round pick, and they envision him going somewhere between pick No. 20 and No. 32.

“Would not surprise me one bit if Pete Werner ends up going on Thursday night,” he said on ESPN SportsCenter.

There’s an interesting note from First Coast News sports anchor Mia O’Brien, who observes that Jacksonville Jaguars coach Urban Meyer has been frustrated with the pre-draft process because of COVID-19 limitations, making it even more likely that he leans toward taking former Buckeye players with whom he is clearly familiar having coached at Ohio State from 2012-18.

However, O’Brien’s mock draft has Jacksonville selecting Michigan players Kwity Paye (No. 25) and Chris Evans (No. 170) while only choosing one Buckeye, in defensive back Shaun Wade (No. 130).