Will Backup Quarterbacks See Reps Against Akron? It Depends 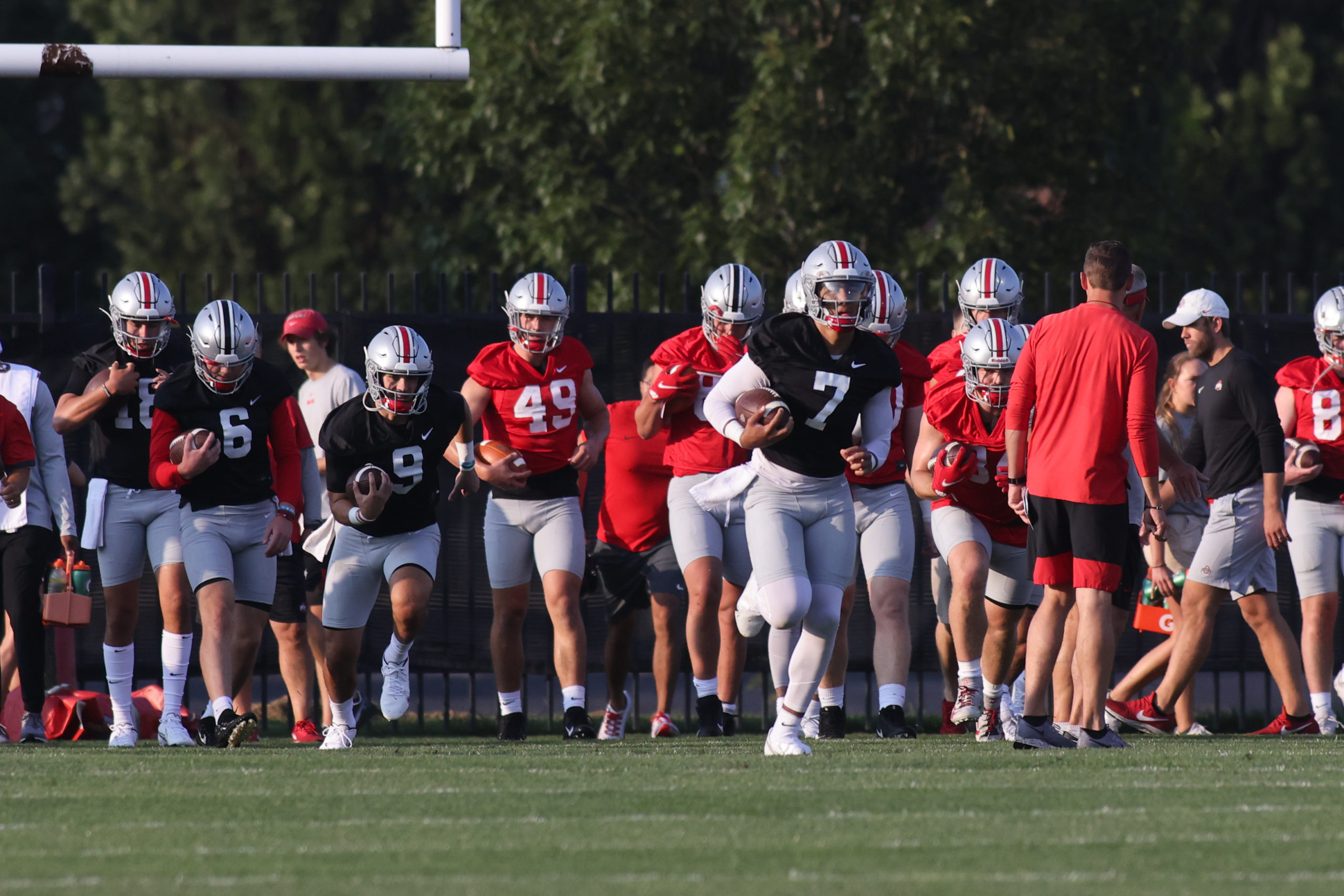 An Ohio State backup quarterback hasn’t thrown a pass in competitive action since Chris Chugunov briefly filled in for Justin Fields during Ohio State’s 56-27 victory over Michigan at the end of the 2019 regular season. Chugunov took the majority of a drive over for Fields when he suffered an MCL injury against the Wolverines – though it held him out for only a few plays – throwing twice with one completion for 11 yards.

In the 13 games since, Fields and new starter C.J. Stroud have been the lone signal-callers to actually throw a pass for the Buckeyes – Stroud and Jack Miller did play in 2020, but neither threw a pass. If there’s ever a right time for the Buckeyes to end that streak, it’s this week, with lowly Akron coming to town on Sept. 25.

The Zips have two wins in three seasons under head coach Tom Arth, and come to Columbus with 60-10 and 45-24 drubbing at the hands of Auburn and Temple under their belt. Head coach Ryan Day would caution against writing off any team, but if Akron seriously challenges Ohio State, it would be a minor miracle. Seems like a good time to work in some new faces, presumably once the game is out of hand, yeah? Well, not so fast, Day says – though he’d certainly like to.

“I think that we’ll look to see if we can possibly get some (backup reps) this week if it works out,” Day said. “A lot of it has to do with the week of preparation, it really is week to week. We start that preparation on Sunday after we get off the field, wipe the previous week clean and then we go from there.

“It’s all about how these guys prepare and how they practice, but if the opportunity presents itself then we’d like to do that this week.”

The Buckeye head coach has yet to set any sort of depth chart beyond Stroud, too. Kyle McCord has been the presumed backup among media and fans, but redshirt freshman Jack Miller and even true freshman Quinn Ewers have not been ruled out as the No. 2 option if Ohio State does get the chance to take Stroud off the field.

Quarterback isn’t the only spot where Day would like the chance to work in some new faces, though. The 2020 season presented little in the way of opportunities for young players, leaving Ohio State with several gaps in experience throughout its starting lineup this season – a situation that Day would very much like to avoid moving forward, while still trying to generate experience and confidence for his current starters.

“There are no excuses,” Day said. “We have to play at a high level and we have to execute in all three phases and play clean and hard. But I think if you’re looking at our team, you’re looking at a group where a lot of experience walked out of the building. And typically the guys that are stepping into new roles would have had a bunch of reps under their belt.

“If we had Josh Myers, Wyatt Davis, Justin Fields, Tuf Borland, Pete Werner and those guys coming back, it would probably be a little different, but they’re gone. We have to fill that gap and catch up. It’s not going to happen overnight. We have to do a great job as coaches to make sure that we’re on our game to help close that gap faster. The more snaps these guys get under their belts, the more confidence they’ll have in what they’re doing. That’s real, we have to recognize it and address it.”