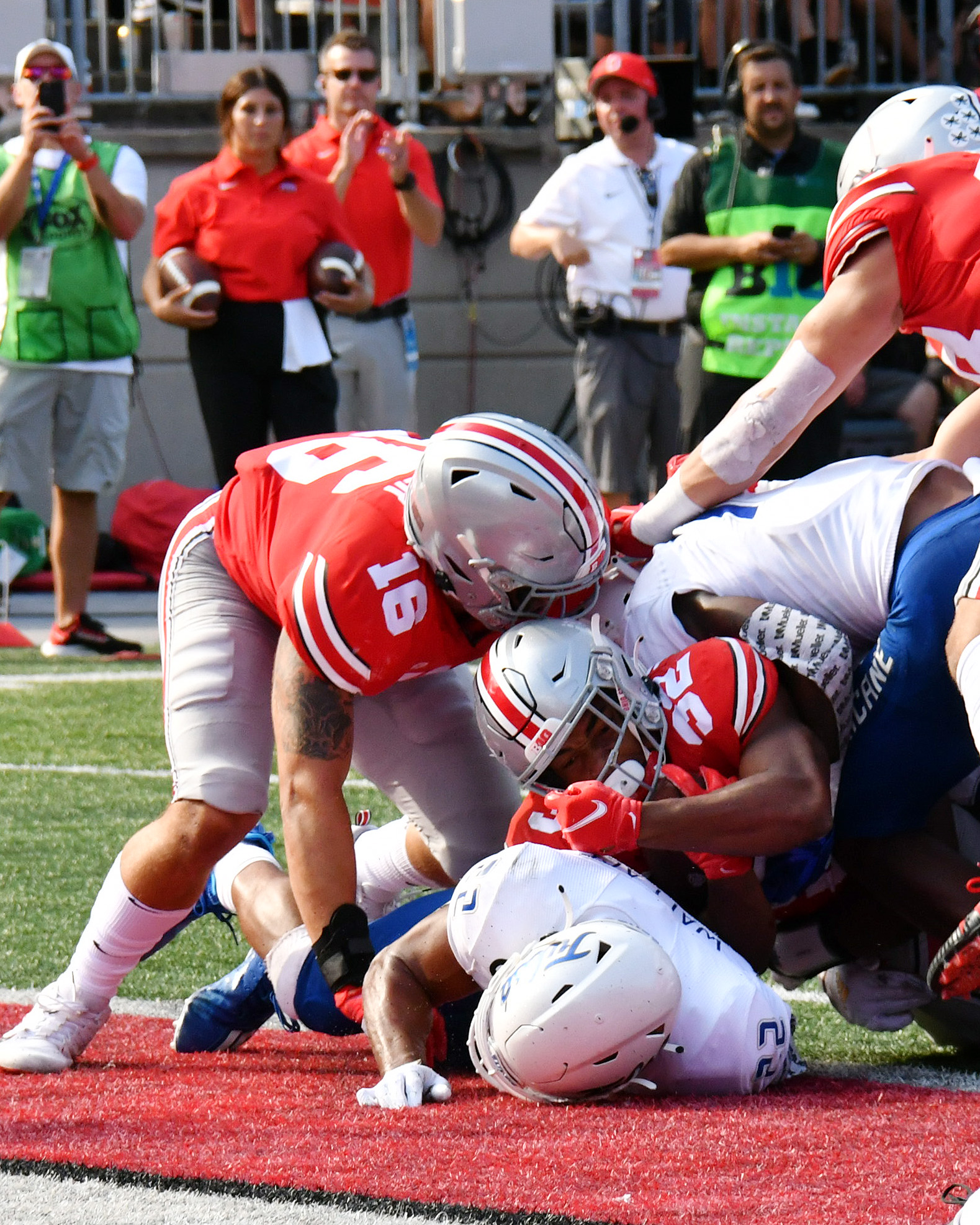 Heading into the Ohio State-Tulsa matchup on Sept. 18, BSB broke down three pressing questions entering that game. Now, with the benefit for hindsight, let’s take a look at how the Buckeyes answered – or didn’t answer – those questions.

1. Is there a quick fix for this defense?

No, but not for a lack of trying. Ohio State moved Kerry Coombs to the press box and stripped him of seemingly any responsibilities, designating secondary coach Matt Barnes as the new play caller. Barnes was more aggressive than Coombs, to his credit, and the Buckeyes did flash some new looks – blitzes, cover 2, two-high safety shells – but the defense still looked largely out to lunch.

Slowing the Tulsa rushing attack would have been much more of an impressive showing had the Golden Hurricane not passed for 428 yards, especially given that head coach Phillip Montgomery has a history of using the pass as an extension of the ground game. Buckeye defenders were still in the wrong place at the wrong time against intermediate throws, and Tulsa had little trouble slipping tight ends, halfbacks and even receivers into open space beyond a labored Buckeyes secondary.

Inconclusive. Stroud only found Smith-Njigba twice for 33 yards, which looks more like the box scores of old for the slot receiver, but that was good enough for second on the team in yards and receptions (tied with Jeremy Ruckert). In a game like that, where Stroud was struggling to find any receivers, it doesn’t seem fair to single out Smith-Njigba as being left out of the gameplan, especially when star wideout Chris Olave didn’t record a catch.

That Stroud found him at all is another decent sign for the sophomore wideout, though. Only three Buckeye wideouts caught passes on Saturday, and Smith-Njigba was one of them. Better to be within the group than without it.

3. Were blocking issues against Oregon a fluke, or a sign of things to come?

The former, at least for now. The offensive line – sans injured Thayer Munford – benefitted quite a bit from the infusion of halfback TreVeyon Henderson into the starting lineup, but it was still a good day up front for the big boys. A return to form? Maybe not quite yet. Henderson was still stuffed a few too many times, and the group still struggled to get into the second level, but Tulsa recorded just three TFL and two sacks, while Ohio State ripped off seven chunk plays on the ground worth 225 yards.

Is it troubling that the other 34 carries went for just 98? A little. But those big plays count just the same, and the Buckeyes have found a back that creates them with aplomb.