NFL Recap: How Did The Buckeyes Do Around the League In Week Two? 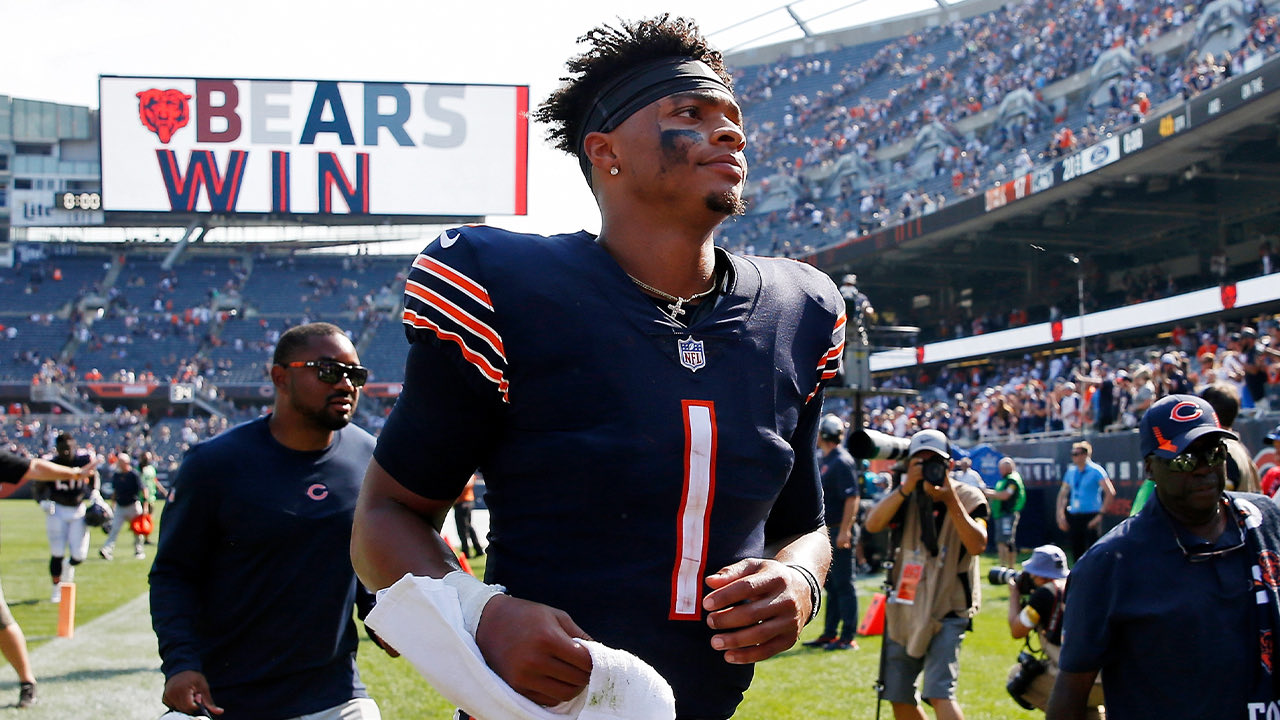 Justin Fields stood opposite of Burrow and helped guide the Bears to a victory. The rookie signal-caller took over for an injured Andy Dalton and completed 6-of-13 passes for 60 yards and one interception. While not his best performance, Fields led Chicago to a victory and might receive some significant playing time moving forward depending on the prognosis for Dalton.

Ezekiel Elliot did not lead the Dallas Cowboys in rushing yards on Sunday. That honor belonged to his backup, Tony Pollard. Still, Elliott received a bulk of the carries and contributed to a Dallas win. The Cowboys defeated the Chargers, 20-17, and Zeke had 16 carries for 71 yards and a score.

The Cowboys kept former Ohio State defensive lineman Joey Bosa from causing havoc. After collecting a sack and four tackles against Washington, Bosa failed to take down Dak Prescott. The No. 4 overall pick in the 2015 NFL Draft did contribute three tackles from the edge.

Terry McLaurin put together another excellent game for Washington and is a significant reason the Football Team edged out a 30-29 win over the Giants. He snagged 11 receptions for 107 yards and a touchdown.

Chase Young’s stats against the Giants don’t stand out on paper — he only had three tackles. Still, Young made his presence felt throughout the contest, frequently causing New York quarterback Daniel Jones to flood the pocket and move with the ball. His athleticism was also on full display in the Big Apple:

Curtis Samuel missed the game with a groin injury. He can return to the Football Team in week four after finishing his three-week stint on the injured reserve.

Trey Sermon made his NFL debut in week two against Philadelphia. His first carry went eight yards, but that was it for the rookie running back. Sermon took a hit to the head, causing him to fumble to the ball and exit the game. The Eagles defender was called for targeting, and it was later revealed that Sermon entered concussion protocol.

Nick Bosa continued to wreak havoc for the 49ers. The third-year pro collected two sacks, three tackles, one tackle for loss and two quarterback hits against the Eagles — a nice encore to his one sack, four tackle performance from a week ago.

A week after demolishing the Green Bay 38-3 in their season-opening game, the Saints lost in a blowout to the Carolina Panthers, 26-7.  Malcolm Jenkins tallied five tackles on the afternoon.

Marshon Lattimore sat out the contest due to a thumb injury he suffered against the Packers. Lattimore chipped a bone in his hand and underwent surgery at the beginning of last week. If he continues to progress in the right direction, he has a chance to play for the Saints in week three.