Who are the 26 Buckeyes Who Qualified For The Olympics? Part Two 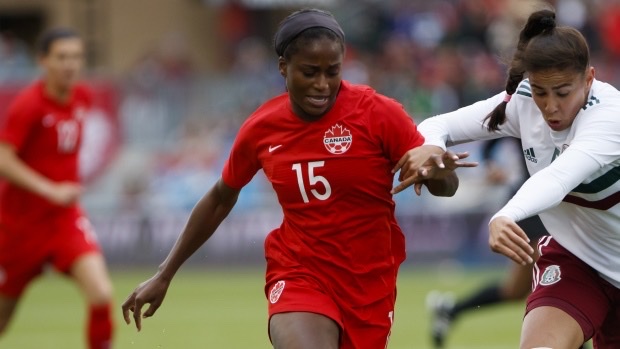 On Tuesday, we released an article that detailed the careers of 13 of the 26 current, future, or former Ohio State athletes who will compete in the 2021 Tokyo Olympics set to begin in July.

Now, we will feature the remaining 13 athletes who will represent their countries in Japan next month:

Harvey is set to represent Team Canada in women’s foil at the international games. She also fenced for the Canadian team in the 2016 Summer Olympics.

In Rio de Janeiro, Harvey defeated the world’s No. 1 ranked fencer to advance to the quarterfinals of the women’s foil event. In seventh place in the event, she finished Canada’s best-ever Olympic result in an individual fencing event.

At Ohio State, Harvey won the 2016 NCAA Championships as a junior. In her senior season, she tied for third at the national tournament.

Prince is making her second Olympic appearance for the Canadian national team. She and her team won the bronze medal at the 2016 Olympics in Rio de Janeiro.

Ravera-Scaramozzino competed in the women’s double sculls event at the 2016 Olympics in Rio De Janeiro but could not claim a medal. However, she will participate in the same event this summer for the France national team.

The former Ohio State rower was a part of the 2014 National Championship team.

Two sisters, Anneta and Maria, qualified for their first Olympics and will compete in Tokyo this summer. They are incoming freshmen and will make their way to Ohio State’s campus for the first time this fall.

The sisters compete as individuals, rowing at the 2021 European Rowing Championships and the 2021 World Rowing Final Olympic qualifiers, where they earned their spots on the Greek national team.

In 2012, Montesano started rowing. Nine years later, she is competing for the Italian national team in the 2021 Tokyo Olympics.

As a freshman at Ohio State, Montesano earned a Big Ten title to help the team win its sixth consecutive conference championship in as many years. Montesano rowed with a team that finished second at the Big Ten Championships and sixth at the NCAA Championships in her sophomore season.

In 2015, Cervantes joined the Mexican national fencing team. In his six years as a squad member, Cervantes became a 2018 Cadet Pan American champion and placed third at the 2018 Cadet World Championships.

The Mexican national team chose Cervantes to represent them as a foil in the Tokyo Olympics. He is coming off a sophomore season at Ohio State, where he finished 23-8, winning the CCFC men’s squad title. He also was part of a foil squad that shared the league title.

Paulis won the gold medal in the women’s lightweight double sculls in Rio de Janeiro despite being paired with her partner, Maaike Head, for less than three months. The duo crossed the finish line with a time of 7:04.73 to edge Canada (7:05.88) by a narrow margin.

In her lone season at Ohio State, Paulis earned a 2012 All-Big Ten Second Team award and her team took second place at the Big Ten Championships.

Koudinov will represent native New Zealand at the 2021 Tokyo Olympics. She is well experienced on the international stage, competing for her country at multiple world championships and the 2016 Olympic Games in Rio de Janeiro.

A 2012 All-American and 2013 team captain at Ohio State, Koudinov will compete in all six events, specializing in parallel bars.

Barrie qualified for her first Olympics in 2021 and will compete for Sierra Leone’s track and field team. Barrie ran the 400-meter dash for Sierra Leone at the 2017 World Championships and will continue in that event this summer.

Cid Centelles returns to the Olympics this summer after competing in the 2016 Summer Games in Rio de Janeiro, where she finished sixth in the women’s pair without coxswain.

Abeysinghe represented Sri Lanka in the 100 free at the 2016 Olympics in Rio de Janeiro. He will swim for his country again in the 2021 Tokyo Olympics.

Harrison will represent Trinidad and Tobago as a track and field team member at the 2021 Tokyo Olympics. He can run in multiple events for his home nation, including the 60m, 100m, 200m and 400m.