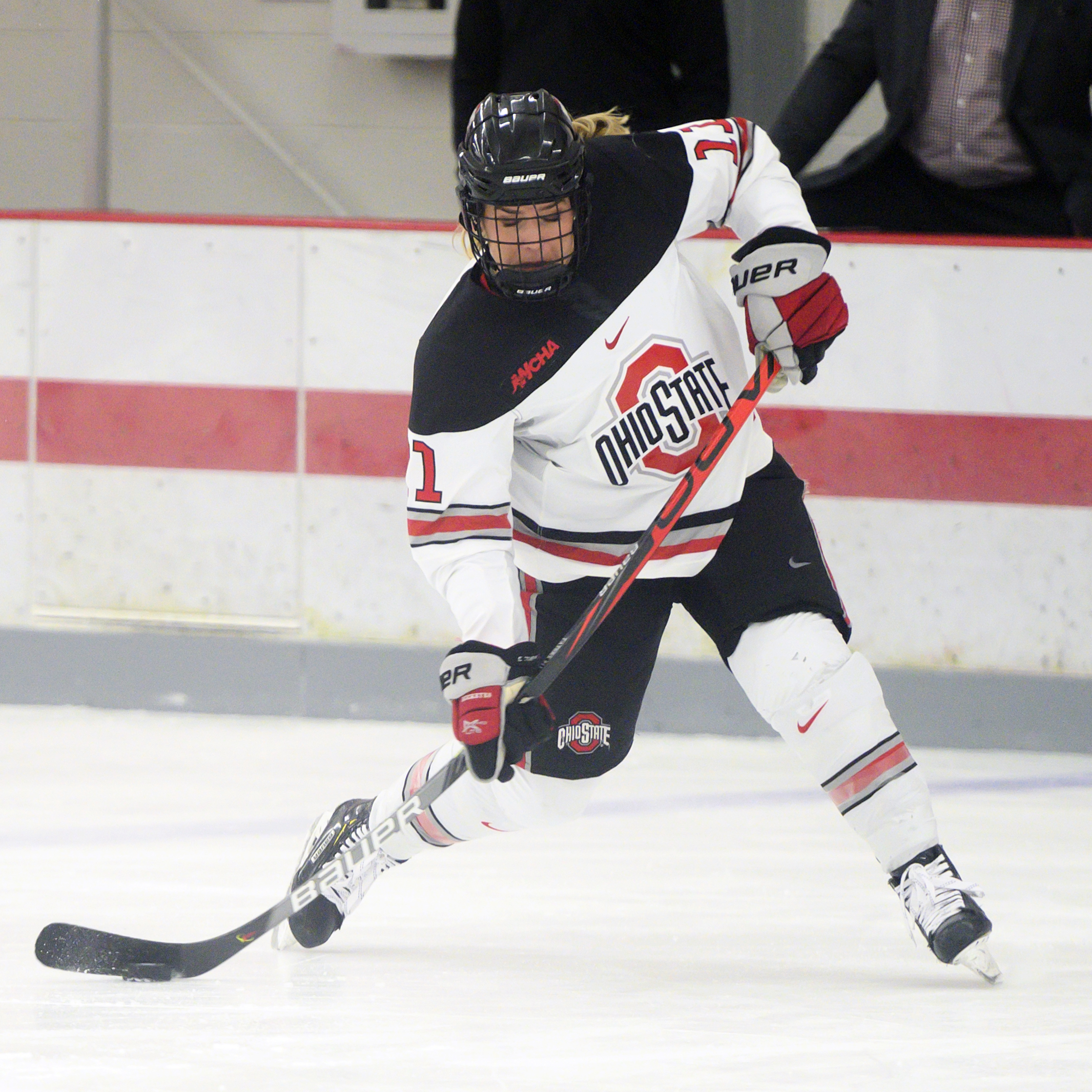 Former Ohio State women’s hockey forward Tatum Skaggs will be suiting up to play professionally this upcoming season – though it may not be with the team that selected her with the fourth pick in the NWHL (National Women’s Hockey League) on June 29. Shortly after the Toronto Six made Skaggs its second selection in the first round of the draft, Skaggs tweeted out gratitude to the team, but also shared that she had committed to play professionally in Vienna, Austria next season.

“Thank you to everyone who has supported me and joined me in my decision,” Skaggs shared. “I have decided to continue my hockey career in Vienna, Austria for this upcoming season. Once a Buckeye, always a Buckeye.”

It seems likely that Skaggs will land in the Austria women’s ice hockey Bundesliga, the top league in the nation, though it’s unclear if she has committed to a long-term deal overseas or if she’ll be returning to North America and suiting up for Toronto in 2022 and beyond.

If she does arrive at Toronto, she’ll be joining a pretty strong – and almost completely brand new – team. The Six went 4-1 in their inaugural season in the NWHL in 2020, which they joined following the collapse of the Canadian Women’s Hockey League following the 2018-19 season.

The Six came up short of a title in year one with their new league, falling to the Boston Pride in the semifinals of the 2020 playoffs, but look to return a talented roster while adding No. 3 overall pick Maegan Beres, a forward from Boston College, No. 5 overall pick defender Taylor Davison from York University and potentially Skaggs.

Skaggs finished her Ohio State career as one of the all-time greatest scorers in program history, as she helped the Buckeyes to two Frozen Four appearances in four seasons. She racked up 65 goals and 59 assists during her four seasons as a Buckeye forward.