While ‘Insanely Frustrating’ At Times, Chambers Embracing Move to LB 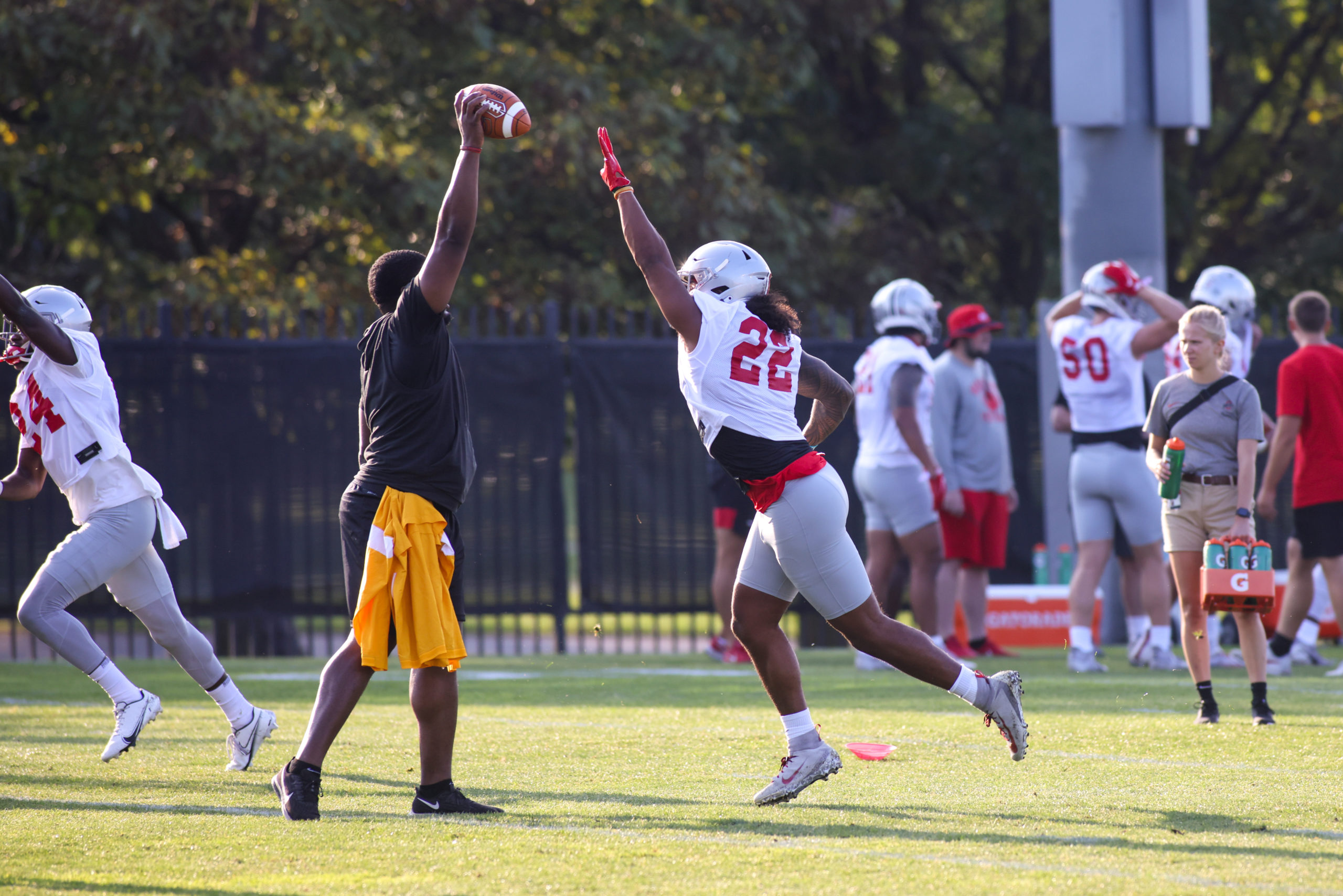 “Natural” was a word used more than once by Ohio State head coach Ryan Day to describe redshirt sophomore Steele Chambers’ transition from running back to linebacker this offseason.

For Chambers though, a different word springs to mind when asked about his recent position switch.

“It’s hard. Yeah, it’s hard,” Chambers said after Thursday morning’s preseason practice at the Woody Hayes Athletic Center. “I have a little experience from high school, but college defense is just a whole new ballgame. But I’m getting it.”

Chambers said his recruitment was split with half of his potential suitors preferring he play running back, and the other half wanting him at linebacker after he excelled at both in high school at Blessed Trinity Catholic in Roswell, Georgia.

But the four-star 2019 recruit spent the first two seasons of his college career playing running back at Ohio State, where he showed bright flashes with 221 yards and a touchdown on just 28 attempts for his career through 2020.

With heralded recruits like true freshmen TreVeyon Henderson and Evan Pryor joining the room this season though –– a group that already had an emerging talent in redshirt freshman Miyan Williams, a vet in redshirt junior Master Teague and another four-star talent in Chambers’ 2019 classmate Marcus Crowley –– Day and company thought it best that Chambers look to start anew on the other side of the ball.

“The conversation started in the spring with coach (Tony) Alford and coach Day,” Chambers said. “They recommended the switch, they said it was still my decision. I had the opportunity to switch back if I really wanted to –– I didn’t take it.”

All it took was one more conversation after April’s spring game, and this time with linebackers coach Al Washington, for Chambers to entertain the option more seriously.

“We talked about switching and I decided I would do it,” Chambers said. “I was doing both, I was doing running back and linebacker, and then once we got into fall camp I decided to just really focus on linebacker, get all the plays down and stuff so I could be ready for the season.”

The idea was not a new one for Washington. In fact, the defensive assistant had his eye on Chambers since his high school days.

“I’ve been recruiting Steele for a long time,” Washington said. “I remember Steele when he was in high school. He’s a great addition, just a great kid. Works his tail off, is learning –– bright kid –– he’s learning the playbook and doing his thing. He’s a really good player, he’s always been athletic, and I’m real excited about Steele. I’m just wondering what endorsement deal he’s gonna get for the product he puts in his hair.”

Chambers said Washington told him he was impressed with his high school film, and that he has welcomed the third-year talent into the position room with open arms.

Switching back to a position he hasn’t played in a number of years –– and at a much higher level –– hasn’t always been like riding a bike for Chambers, though.

“High school I was just bigger and faster than everyone and I was able to just go off athleticism, didn’t need to know much technique, even though my coaches taught it to me,” Chambers said. “Now I’ve gotta be sound on my technique because our running backs are big, strong, fast. You got to have every tool in the toolbox to get the job done.”

Chambers said he’s leaned on roommates Cody Simon and Tommy Eichenberg, who are second and third-year linebackers in their own right, to help him with the transition.

Still, Chambers has experienced brief moments of internal discouragement thus far, with one stemming from the fact that his muscle memory at the position simply isn’t what it used to be.

“Insanely frustrating,” Chambers said. “It sucks. But I’m chipping away at it right now, it’s been about a week of camp, I feel like I’m doing a pretty good job getting used to it.”

Chambers said he loved playing running back, but if there is one relief in the move to linebacker, it’s that the somewhat fumble-pone Buckeye no longer has to worry about coughing up the ball.

“It’s less stressful, I don’t have to worry about carrying the ball, but it’s still hard,” Chambers said. Very hard.”