Where Will Justin Fields Be Watching on Draft Day? 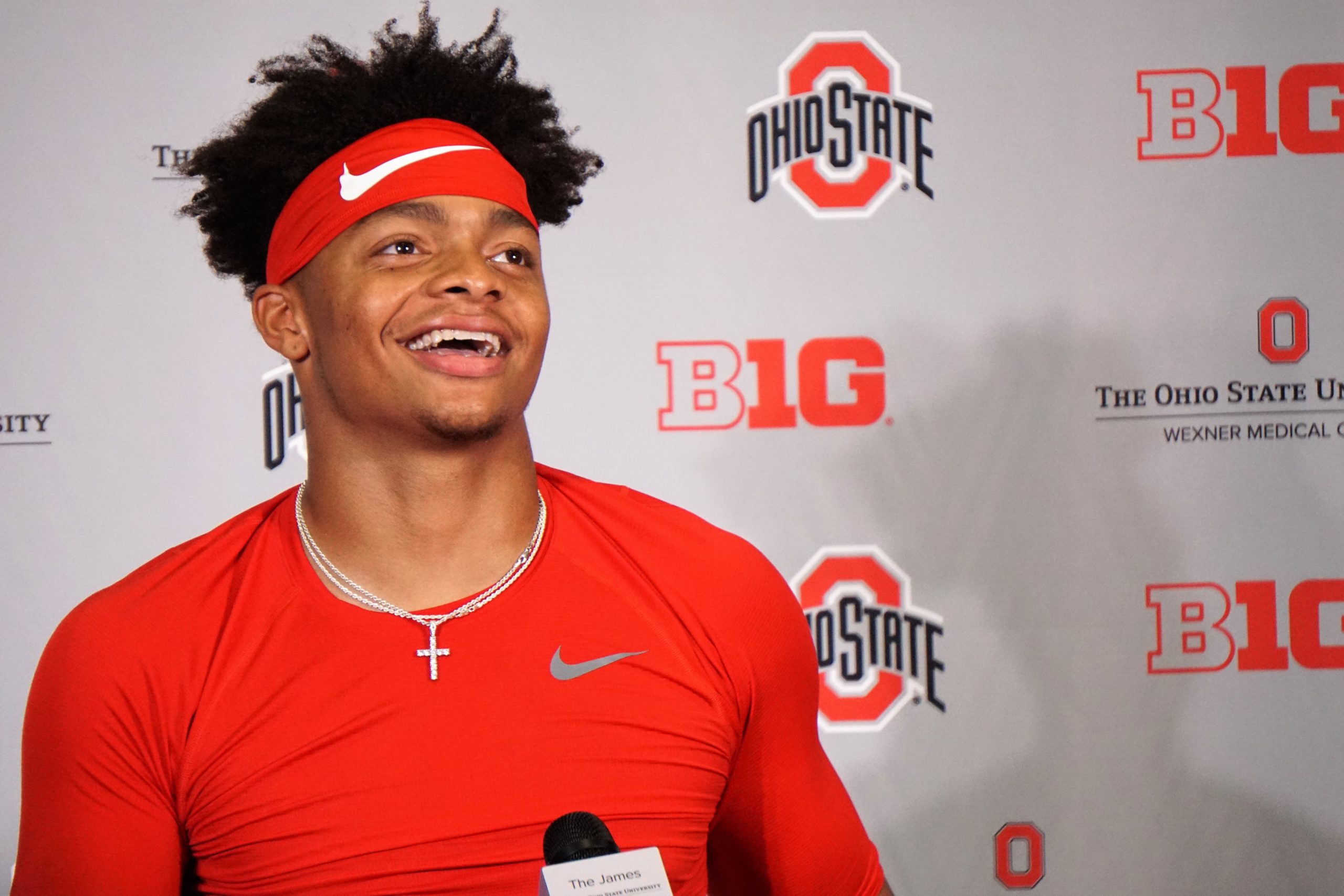 The Greater Columbus Sports Commission interviewed NFL director of event location strategy and planning Aubrey Walton as part of it’s “Virtual Sports Report” series, and in the April 15 interview, she said the league would once again be inviting some of the top prospects to this year’s draft.

“Commissioner Goodell will be on site,” said Walton. “He will be active on day one, and then will have a number of various prospects on site.

“We’re still figuring out a few of those pieces and getting the planning set.”

The one Buckeye who might merit an invitation is quarterback Justin Fields, but the draft evaluations of him have been weirdly all over the place.

It’s now reached the point where the backlash to Fields has started to receive its own backlash.

For every analyst like ESPN’s Chris Mortensen arguing that Fields’ history as a baseball player “might have messed with his mechanics a little bit,” there’s a countervailing opinion – like that of former NFL quarterback and current 670 The Score radio personality Sage Rosenfels, who believes Fields “has that sort of Russell Wilson accuracy down the field, which you don’t see a lot, especially amongst really athletic quarterbacks.”

In some cases, it has resulted in actual disputes, as when ESPN’s Kirk Herbstreit successfully nudged fellow contributor at the Worldwide Leader Dan Orlovsky to retract comments questioning Fields’ work ethic.

As a result of all this, former NFL receiver Nate Buerlson went on NFL Network and said that Fields is being over-analyzed. “Wherever he lands, wherever he goes, he’s going to shock people.”

Not to mention it’s now a running internet joke for writers to find the most obscure criticism of Fields they can think of and post it to Twitter.

Interestingly enough, having said all that, most mock drafts have Fields going somewhere in the top ten. It isn’t quite all of them, though with NFL.com analyst Charley Casserly predicting he will drop to the Steelers at No. 24.

So that leaves the NFL with a slight conundrum: Do they ask Fields, one of the most intriguing talents coming out of college football this year, to join them in Cleveland, Ohio April 29? There may be little risk that he spends long in the green room, but with all the baffling criticism of the signal caller, the risk isn’t non-existent.

And if you’re Justin Fields, do you accept if the NFL comes calling?

Of course, there is another option.

“We’ll also have prospects virtually,” continued Walton. “So the show will be different in the way that you’ll also see the elements pulled from the 2020 draft, where we have the cameras in the houses of the prospects with their families around them. We’ll be piping them in through live streaming to the stage screens.”

Not only might it be possible that Buckeye fans will be invited into the home of Justin Fields, but of other Ohio State hopefuls like offensive linemen Wyatt Davis and Josh Myers, running back Trey Sermon, linebackers Baron Browning and Pete Werner, defensive lineman Tommy Togiai, and defensive back Shaun Wade.