What To Watch: NCAA Tournament, Sweet 16 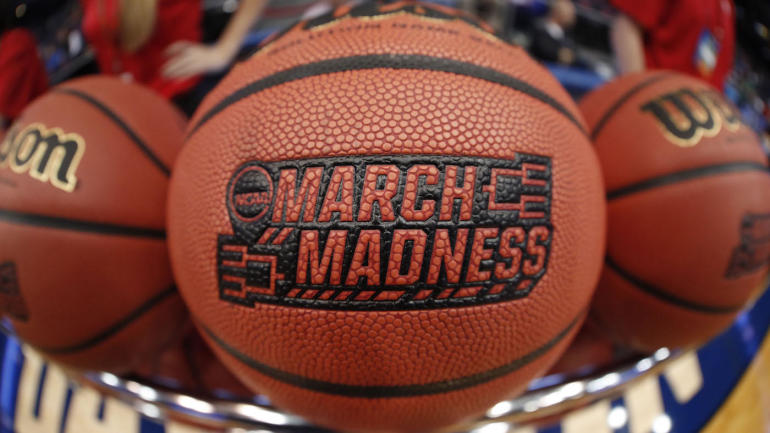 Ohio State’s NCAA Tournament run came to a close against Villanova on Sunday afternoon, but March Madness will carry on. Buckeye Sports Bulletin details the four basketball games on Thursday that will set up the Elite Eight matchups for the South and West Regions.

The No. 1-overall seeded Bulldogs started slowly in their first two games against Georgia State and Memphis. The former led by two points midway through the second half, while the latter held a 10-point lead at halftime. In both instances, however, Gonzaga’s stars — Drew Timme, Chet Holmgren and Andrew Nembhard — brought the offense to life and won the matchups comfortably.

Timme entered the season with National Player of the Year aspirations. He combined for 57 points and 27 rebounds in the first two tournament games. Timme frustrated his opponents with short and mid-range shots and offered a solid defense to limit his assignments to a minimal impact.

Arkansas didn’t live up to its regular-season reputation the first two NCAA Tournament matchups with No. 13-seeded Vermont and No. 12-seeded New Mexico State. The Razorbacks beat both opponents by five, including a 53-point offensive performance against the Aggies.

There’s a decent chance Arkansas will shoot worse than Gonzaga in this contest. The team has a 48.7 percent effective field-goal percentage, which leaves a lot to be desired. The Hogs shot 31.4 percent from inside the arc in the New Mexico State game and 18.8 percent from deep. They become the first program to win a tournament game in a decade while shooting worse than 29.9 percent from the field.

Villanova shot 13-of-28 from 3-point land while averaging 1.31 points per possession in its first game against Delaware. The Wildcats continued their efficient run with 1.20 points per possession against Ohio State. In both contests, they also shot 28-of-32 (87.5 percent) from the free-throw line.

Collin Gillespie, a fifth-year senior, hits 3-pointers at a tremendous rate, knocking down the deep ball at a 41 percent clip. He is a veteran who will provide points, rebounds and assists, making him a reliable option for head coach Jay Wright and the Wildcats down the stretch.

Michigan is one of two Big Ten teams (Purdue) remaining after the first weekend of the NCAA Tournament. Many believed the Wolverines didn’t deserve to be included in the 68-team field, but head coach Juwan Howard and sophomore forward Hunter Dickenson proved their doubters wrong. After a slow start against Colorado State, they were the better team the remainder of the game and beat a formidable opponent in Tennessee in the second round.

Dickinson had 48 points, 17 rebounds, five blocks and five assists through the first two games. If Michigan wants to reach the Elite Eight, he will need to maintain that production. Villanova’s defense will undoubtedly double-team him in the post, allowing the Wolverines’ other weapons — Eli Brooks, DeVantae’ Jones and Caleb Houstan — to create offense.

Duke had five players score between 10 and 19 points in each of its first two games, including Paolo Banchero, Mark Williams, Jeremy Roach and Wendell Moore Jr. When these players contribute, the Blue Devils are a hard team to beat. Their high-efficiency offense lacks a true point guard. Sill, Williams proved he could step into that role when he added five assists in the first-round win over Cal St. Fullerton.

Banchero is the star Duke’s coaching staff turns to when it needs a bucket. He doesn’t take over games (he has only one 25-plus point game this season), but he’s scored 17-plus in seven of his last eight contests. He can also impact the game in more than one way, as shown by his 10-point, 10-rebound, seven-assist and five-steal performance in the ACC Tournament against Syracuse.

Texas Tech is dominant defensively, featuring the best defense in Division I college basketball. The Red Raiders are 24-3 when allowing 68 points or fewer in regulation, and they are 16-1 when amassing a combined total of at least 12 blocks and steals. However, they aren’t without weaknesses. TTU lacks an efficient offense. In the three losses from the 24-3 record above, it scored only 47, 51 and 51 points against Big 12 opponents Iowa State, Kansas State and Oklahoma State.

Arizona looked beatable against TCU in the second round of the NCAA Tournament. The Horned Frogs didn’t offer much offensively in the regular season, but they had three players score 20 points while taking the Wildcats to overtime on Sunday. However, Benn Mathurin racked up 30 points, eight rebounds, four assists and two steals to will his team to the Sweet 16.

The Wildcats will use their fast-paced offense against Houston, who ironically also runs a high-tempo game, to score points. Expect a lot of points from Mathurin and Christian Koloko in the contest as Arizona attempts to reach the Elite Eight matchup where they would face either Villanova or Michigan.

Houston’s Fabian White Jr. became a do-everything star this season. He’s had six 20-point performances since February while leading the team in blocks, rebounds and steals. White is a sparkplug for the Cougars and will make the hustle plays necessary to win close games. If the game is tight near the end, Houston struggles from the free-throw line (66.7 percent) and typically commits more fouls than it draws.