‘We Are Ready To Prove Something.’ Ohio State Women’s Basketball Heads Into Big Ten Tournament With Momentum 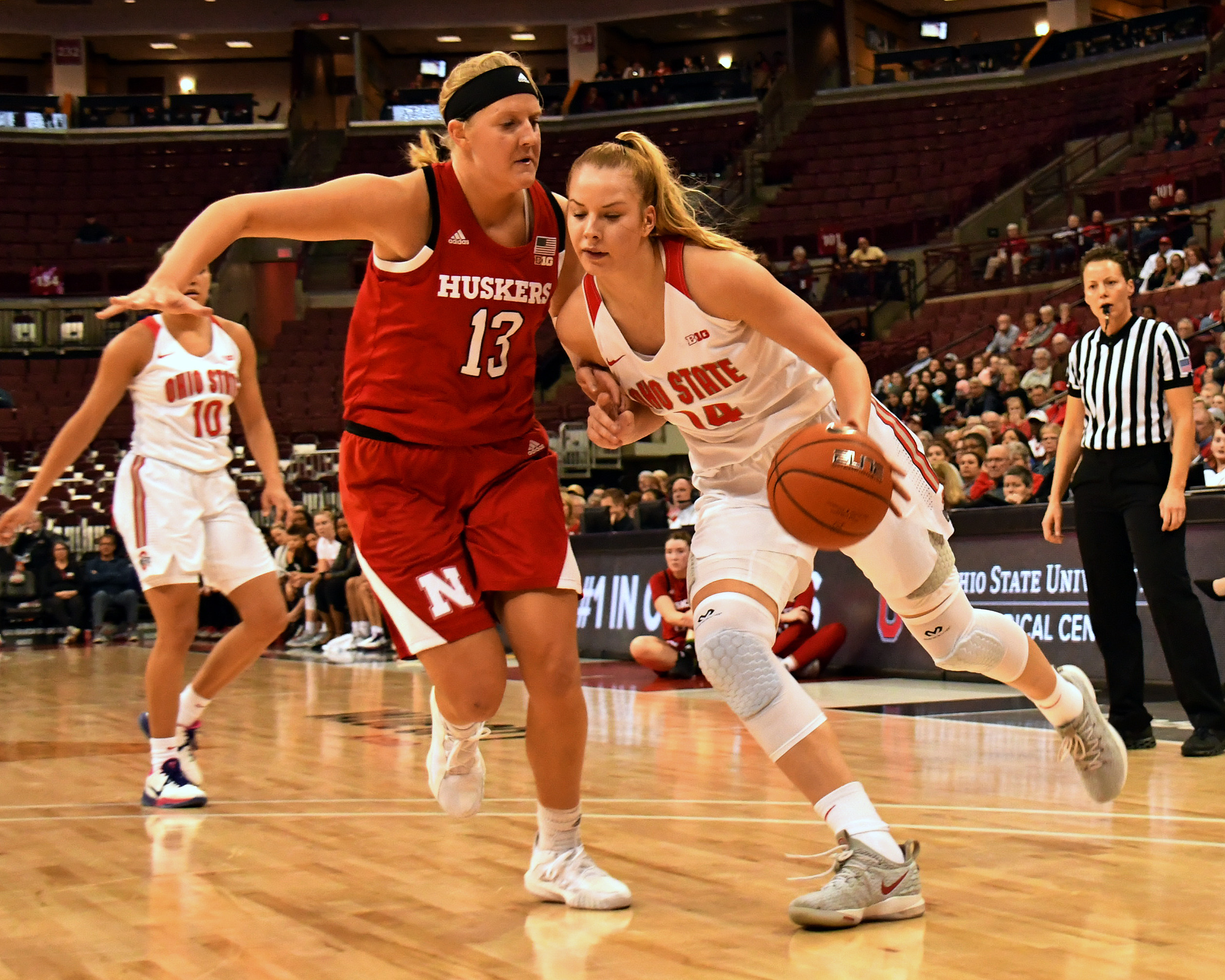 The Ohio State women’s basketball team had been a difficult one to pin down throughout the season, mostly because of its youth.

Starting out the season with seven freshmen, and now continuing to play five of them, the Buckeyes had struggles with consistencies in the middle of the year as Big Ten play began to pick up. And after two straight losses heading into a regular season finale against Purdue, those struggles had the potential to come back at the worst time possible.

Instead, Ohio State heads into the Big Ten tournament Thursday night following its most complete performance of the year: A crushing 77-56 win over Purdue, on the road, against a team that remains on the NCAA tournament bubble.

It was the same team that crushed the Buckeyes 66-50 to open Big Ten play, signifying how much growth the youngest team in the Big Ten has made in just 18 games.

“Obviously Purdue was the first Big Ten game for us and it didn’t go well at all, so we had a lot to lose in that [second] game,” sophomore forward Dorka Juhasz said. “I’m happy for the team because we played I think was one of our best games. We were focused for 40 minutes so that was a good last win for this team before this Big Ten tournament.”

Ohio State started its season with an 11-9 record through 20 games that featured home losses to Ohio and the aforementioned Purdue. It also featured a win over No. 4 Louisville, again showing the ups and downs of a team that lacked experience.

But, a switch began to flip, and consistency began to take shape.

Since then, the Buckeyes have won seven of their past nine games, with their only defeats being a road loss to a Rutgers team that is 14-2 at home, and to No. 11 Northwestern.

Four of the seven wins came by double digits, and four came on the road in a conference that is known for being incredibly favorable to the home team.

“I think our chemistry has been really good down the stretch.” head coach Kevin McGuff said. “Our kids, their mindset is really good, so hopefully we can kind of carry that over to the Big Ten tournament.”

The two losses also came without a key piece to Ohio State’s puzzle.

Freshman guard Kierstan Bell missed both games due to personal reasons, then returned to help the Buckeyes roll the Boilermakers in West Lafayette. She was named an honorable mention for the All-Big Ten teams, as well as a member of the All-Freshmen group.

“It’s just so good to have her back,” Juhasz said. “She’s just a key, I think to our team, with her energy and her talent, and offense, defense, everything. So it’s really good to have back a vocal leader.”

Juhasz was also honored for her efforts this season, earning a spot on the First Team All-Big Ten lineup. She leads the Buckeyes with 13.3 points and 9.1 rebounds per game and is also No. 2 in field goal (48.4 percent) and three point (38.8 percent) percentage.

“I feel much more confidence than I had during the season,” Juhasz said. “This is the most important part of the season, the end, so I’m just really trying to leave a mark on the floor every time I step on it and just help my team.

The sophomore forward said the team has hit its stride at the right time mainly because of the experience the group has built over the course of a difficult schedule: the second toughest schedule in the country.

“I just like how everybody loves each other. We’re really close on and off the court,” Juhasz said. “The team chemistry was an issue in the beginning of the season because we never played with each other. So we needed time to know like hey, these players are going to go there or there.

“I think it improved a lot and probably this time of the season, we’re the closest to each other. So I’m just ready to go to war with them.”

That war starts with a 9 p.m. game against Minnesota, a team Ohio State has beaten twice: once by three points, and again more recently by 23 points.

As the six seed, the Buckeyes would likely face Iowa in the following round, a team they lost to by nine on Jan. 23. But McGuff said the team is not looking forward, and won’t change much about what has worked, even in a tournament setting.

“We just have to keep showing up and finding a way,” McGuff said. “Maybe you try to use your depth a little more but, we won’t really make that many changes.”

Ohio State comes to Indianapolis already exceeding first season expectations by being securely in the NCAA tournament and by playing impressive basketball down the stretch with one of the most inexperienced rosters in the country.

But the Buckeyes aren’t done. Instead of fighting for its NCAA tournament life at Bankers Life Fieldhouse — something that seemed more than likely with nine games left to play — Ohio State is fighting to show how much this team has improved from the beginning of Big Ten play to now.

“I think we’re really hungry to win. We have a really young team, so we have a lot to prove,” Juhasz said. We have to stay focused. And just with a young team, we have that we gotta have that mindset that we can beat anyone and just go out there and play.

“We are ready to prove something.”